'We Haven't Eaten for Days': Family of Dalit Man Lynched 'by Jat Mob' in Hisar

For ten days now, the family of Vinod Singh, a 40-year-old daily wager, has been protesting outside the Hisar civil hospital, refusing to take his body back until all accused are not arrested. 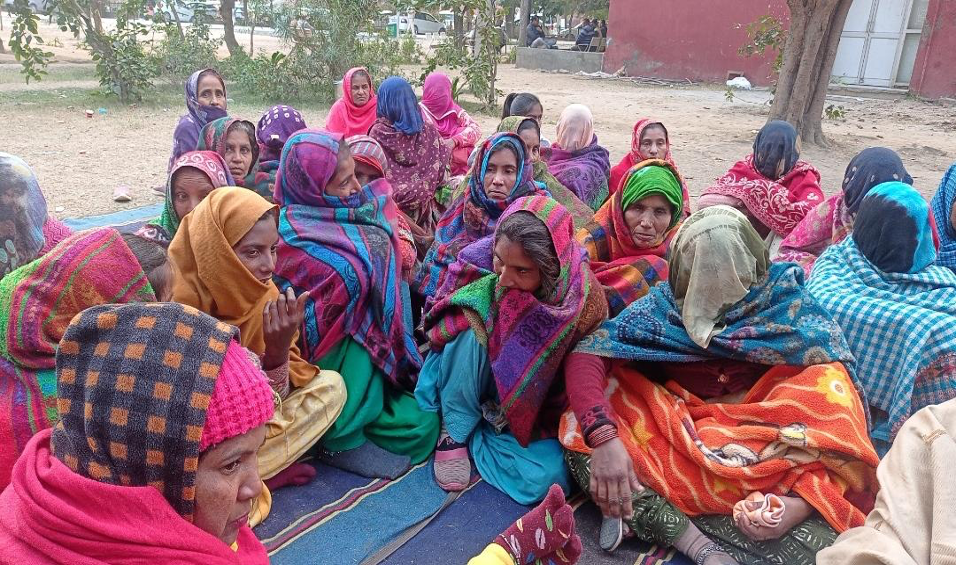 The family protesting outside the Hisar civil hospital. Photo: The Wire

Hisar (Haryana): A 40-year-old Dalit man was allegedly lynched and two of his cousins were severely injured by 17 men in Mirkan village of Hisar district in Haryana on December 14. The Jat men allegedly responsible for the attack had accused the victim of stealing a water pump.

The victim has been identified as Vinod Singh. His cousins Sandeep and Bhal Singh are currently undergoing treatment for multiple injuries. Bhal Singh’s condition remains critical.

Vinod’s wife Suman told The Wire that after he returned from work, some ‘upper’-caste Jat men came to their house and insisted that he came with them, pretending to offer him another job.

“He was called on the pretext of working in the wheat field. We had no idea that he wouldn’t return home. We have been sitting here in deep distress for days now,” she said.

Battling cold weather, Suman, who is in her 30s, holds her one-year-old toddler in her arms as she camps outside the civil hospital in Hisar, where the family is sitting on a dharna for the tenth straight day. The relatives have refused to take his body back until all the accused are arrested.

‘Attacked for being a Dalit’

Mirkan village has over 25-30 families who live in a tightly knit community. The upper-caste Jat men hold enormous political, social and economic power in the region.

Speaking with The Wire, Vinod’s sister Manju said, “We haven’t eaten for days. We are a total of 12 people in the family. He was the one feeding us all. We have been sitting here [at the camp site] for close to ten days now. We are not satisfied with what the police are doing. First, they told us that they had arrested six people, then they said something else. They have let us sit here and rot.”

“It is because of our caste that we are poor, economically backward and are facing this. The Jats can give money to the police and control the investigation, if they want,” she said.

The police has not delved into details of the investigation and has not revealed the names of those arrested.

“The police claim that they have arrested people but their names or the status of their arrests have not been given to us. There are 17 people who are responsible for my husband’s death. I am constantly sick and I am unwell. Too many people were dependent on Vinod; he was the sole breadwinner,” she added. 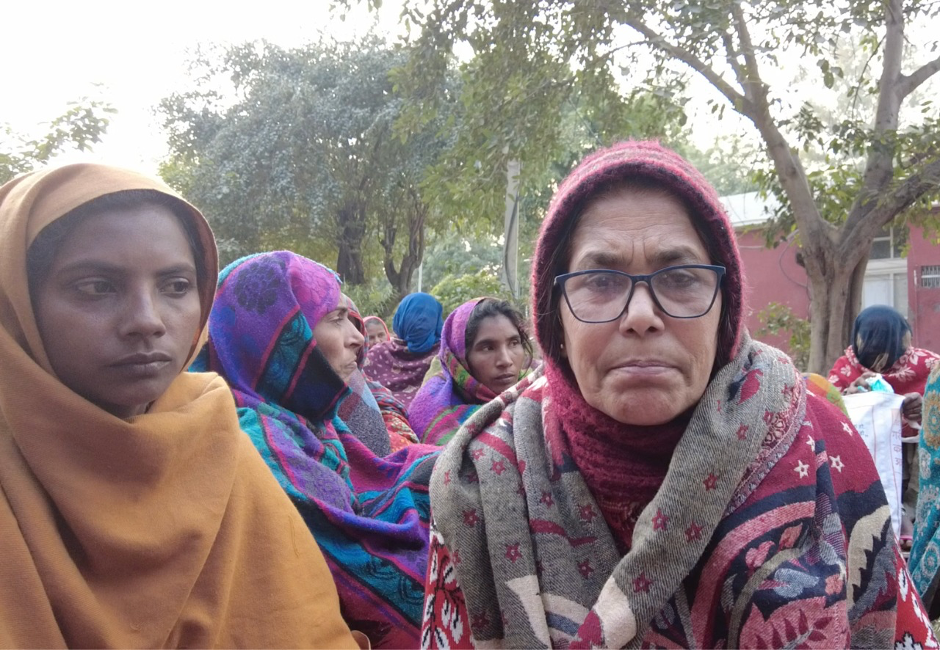 The family protesting outside the Hisar civil hospital. Photo: The Wire

Advocate Somdutt Sharma said, “This is not a lone case; this is an everyday reality of caste atrocities in the region. The police are well aware of the fact as to who the accused are – despite that they were let off. It is primarily because of this that the family and the community are now forced to protest. In Jind, Dalits have been socially boycotted; in Fatehabad, hands of a man were chopped off for drinking water from an upper-caste well. Those who carried out this lynching are being let off so as to use this as a political plank.”

On allegations of an unfair probe, investigation officer Narayan Chand told The Wire, “We have arrested six people so far and we are trying our best to arrest all those who have been named. We will not spare anyone in this case. Those who have gone into hiding will not be able to run too far.”