The two women have argued that existing UGC regulations against discrimination are not enough to prevent more such cases. 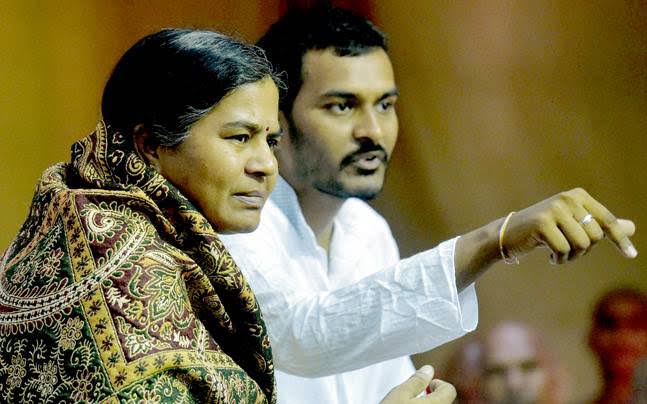 Mumbai: Two mothers, who have lived separate lives in different cities, with very little in common, were recently unified by their common tragedies. Their children, Dr Payal Tadvi and Rohith Vemula – both pursuing higher education – had allegedly been harassed and discriminated against in their respective educational institutes, pushing them to end their lives.

Abeda Tadvi and Radhika Vemula have found courage in their losses, and approached the Supreme Court seeking its intervention to ensure no other young Adivasis and Dalits entering university spaces face what their children had to.

The duo has filed a joint petition before the Supreme Court pointing out the “inadequate mechanisms” set up by the University Grants Commission (UGC), and demanded that an accountable and rigorous system be soon set in place.

In a petition filed on August 27, Tadvi and Vemula, along with the cases of their own children, have listed a series of cases where Dalit and Adivasi students were pushed to take extreme steps while fighting caste-based discrimination in university spaces.

In January 2016, Vemula’s son Rohith, a PhD scholar at the University of Hyderabad (UoH), along with five other Dalit students, was expelled from the university housing facility for an alleged attack on an Akhil Bharatiya Vidyarthi Parishad (ABVP) member. As the expelled students intensified their protest against the university administration’s decision, a few days into the protest, on January 17, 2016, Rohith ended his own life. UoH vice-chancellor Appa Rao Podile, then BJP MLC N. Ramachandra Rao and two ABVP members (Susheel Kumar and Rama Krishna) were accused of abetting Rohith’s suicide. An FIR was filed against them, but the police failed to take any action.

In Dr Payal’s suicide case, her suicide note and her mother’s testimony have ensured that her three harassers – senior doctors Hema Ahuja, Bhakti Mehare and Ankita Khandelwal – were immediately arrested. A damning 1,200-page chargesheet was filed against them. They have been accused of torturing Payal for an entire year and hurling casteist slurs at her. Tadvis belong to the Bhil (of the Tadvi sub-caste) tribal community, and Payal was perhaps the first woman from her community to have become a doctor.

In both cases, the educational institutes have been accused of not providing a redressal mechanism to the victims and failing to avert their deaths.

Like Rohith and Payal, there have been a series of cases where students have complained of systemic discrimination and harassment at the hands of their fellow classmates, seniors and even professors. While most have continued to endure the humiliation and torture silently, some took the drastic step of killing themselves. The petition recalls the cases of Senthil Kumar, Pulyala Raju and 19 other Dalit and Adivasi students who died by suicide while pursuing higher education. While some of these cases were reported in the media, several were covered in an independent study done by a Delhi-based organisation called the Insight Foundation, headed by Anoop Kumar. The foundation had studied these cases and documented the experiences of students who were pushed to kill themselves.

From time to time, the UGC, high courts and independent committees have passed guidelines and regulations asking universities to take up discrimination in campuses seriously. However, most of these guidelines have only remained on paper.

One of them is the UGC’s (Promotion of Equity in Higher Educational Institutions) Regulations, 2012, commonly known as the Equity Regulations, which the petition says has proven to be “ineffective and insufficient”. The petition, drawn from data obtained under a Right to Information application, reveals that though a mechanism exists, it has not been implemented.

Senior counsel Indira Jaising and associate lawyer Disha Wadekar are representing both Tadvi and Vemula in this petition.

The petition, accessed by The Wire, has put out a detailed comparison between the existing Equity Regulations and the anti-ragging regulations and UGC (Prevention, prohibition and redressal of sexual harassment of women employees and students in higher educational institutions). The latter two provide for mandatory committees – the anti-ragging committee and internal complaints committee, respectively. This is missing in the equity regulations, the petition states. 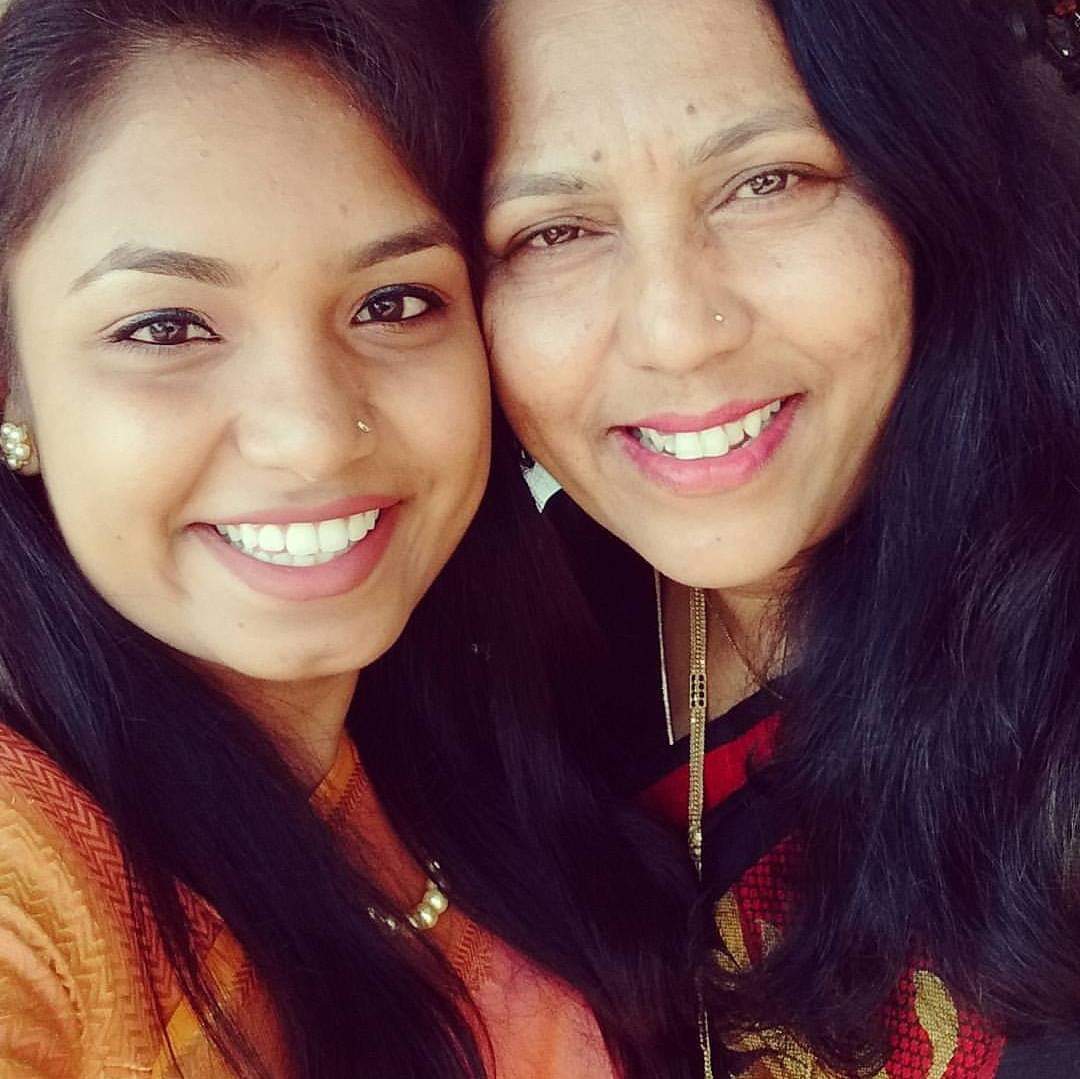 The petition has heavily relied on the Sukhdeo Thorat Committee, set up to investigate incidents of discrimination at the All India Institute of Medical Sciences (AIIMS), Delhi.

In the RTI responses, most institutes have claimed that they have a dedicated webpage for Dalit and Adivasi students to file their complaints. However, most of these websites either don’t exist or the webpages have broken links.

Even after the institutes have continued to falter, the UGC has not taken any action against them for non-compliance, the petition has pointed out.

Tadvi feels that if her child had known of the redressal mechanisms, she may have survived the torture. “Thousands like my child are made to suffer silently. They don’t even know such mechanisms exist. You can’t just expect an Adivasi kid entering the college space to stand up and complain. It is the government’s responsibility to make the atmosphere conducive and also ensure that every child entering the university space knows that her torturers will be held accountable,” Tadvi told The Wire.

Tadvi, a cancer patient, has been at the forefront fighting Payal’s case, and has been shuttling between Jalgaon and Mumbai to attend court proceedings. It was on her statement that the police had first filed the FIR and only on further investigations, the suicide note and other horror stories of torture had emerged.

In Rohith’s case, the allegations were levelled against the college administration. In such a scenario, application of the equity regulations become tricky, the petition points out. The regulations provide for a professor or associate professor-level person to be appointed as the anti-discrimination officer (ADO).

How did the two petitioners come together?

By the time of Payal’s death, Rohith’s brother Raja says that his family had also lost hope in the system. “It has been over three years since Rohith died. We have been reading about cases of discrimination and institutional murders on a daily basis. In the beginning, people support and then like any other movement, the issue soon loses its steam. Over a month ago, we had got a call from one lawyer Disha Wadekar from Indira (Jaising) madam’s office to fight our case. We were sceptical and both me and my mother had sought time to think over it. But when Abeda ammi called me and said we have to fight for our children, my hopes were soon revived. My mother, too, wanted to fight this out,” Raja recalls.

Abeda says her reason for moving the apex court has gone beyond her own child now. “We have lost Payal now. But that doesn’t mean I will sit back and only mourn. I have been receiving calls from so many students and even Payal’s friends narrating their own horror stories. This petition is for every Payal who wants to study, and I can’t let them down.”

Radhika, who has been at the forefront of several students’ and anti-caste movements since Rohith’s death, was willing to take up the case before the Supreme Court not just for Rohith but for several other Rohiths suffering on a daily basis, Raja says. “I don’t know what this petition might achieve at the end. But I am confident it has forged a unity between two formidable women and their legacy will help us achieve larger unity in the anti-caste movement.”