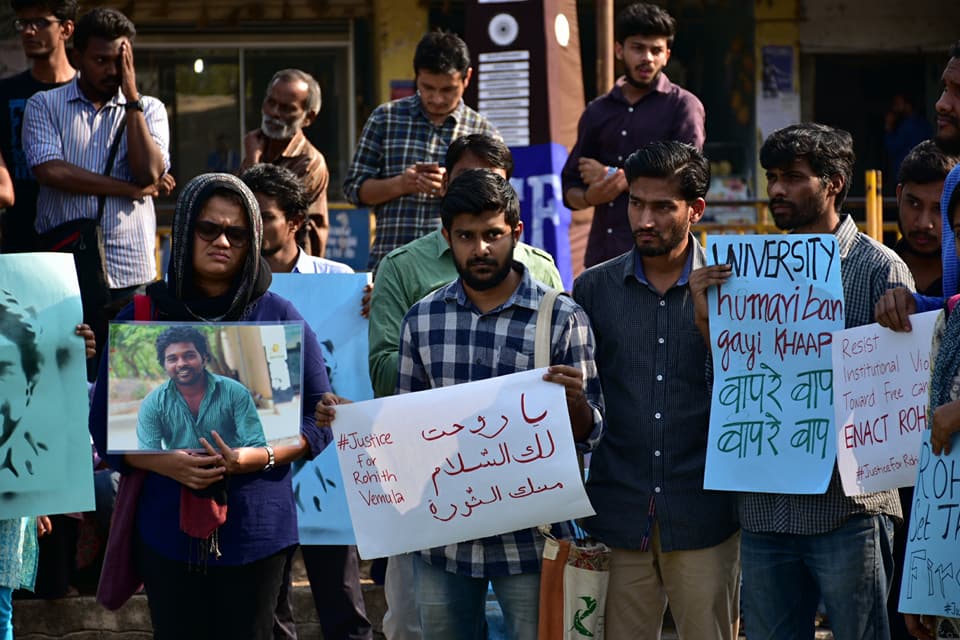 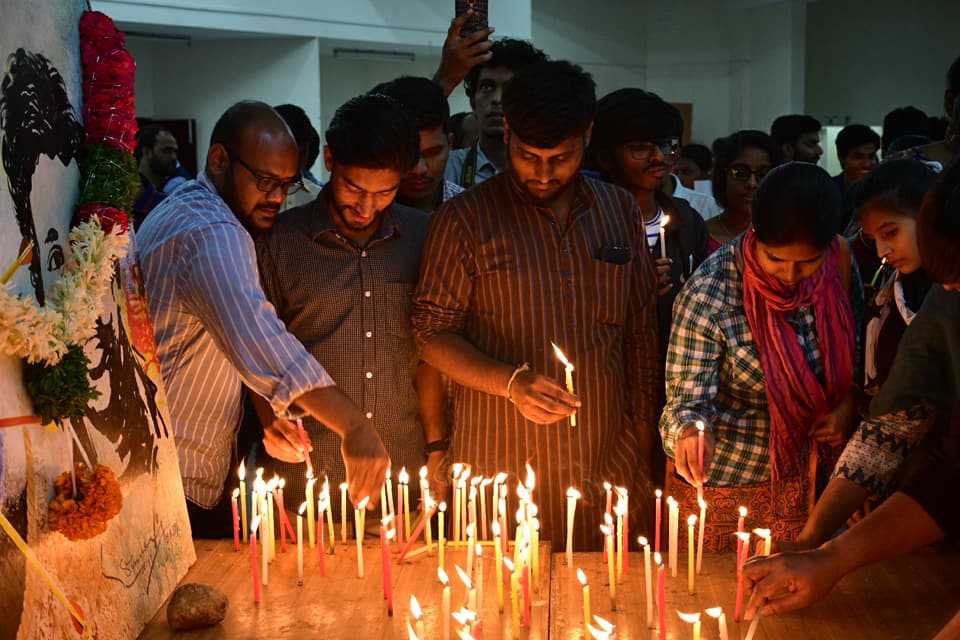 At the University of Hyderabad on Wednesday. Credit: Justice for Rohith Vemula campaign

New Delhi: A large number of students, activists and scholars gathered yesterday (January 17) at the University of Hyderabad to observe the second death anniversary of Rohith Vemula and vowed to carry forward his “struggle for an egalitarian society”.

Vemula had committed suicide in a hostel room on the varsity campus on January 16, 2016.

A statement issued by students under the banner of ‘Justice for Rohith Vemula’ said that Vemula had become a “victim of institutional murder” due to “casteist forces” at the university. The statement added that students had organised ‘Rohith Vemula Shahadath Din’ on campus today and invited speakers “who speak truth to power, despite being from vulnerable and marginalised communities”.

The chief aim of the programme was to ensure that Vemula’s struggle for an egalitarian society was carried forward and also to remind the nation that the scholar’s killers were roaming free, the statement continued. “We, the students of the country, are still waiting for justice for Rohith Vemula.”

Sreerag P., president of the UoH Students Union, said, “Rohith is an imperative force who, through his memories, rekindles the ethos of resistance which are carved into our political psyche.”

Sannaki Munna, president of the Ambedkar Students Association, said, “Dr B.R. Ambedkar taught us that fighting is the only option left to break slavery. And Rohith fought with his life. Rohith Vemula is a star.” 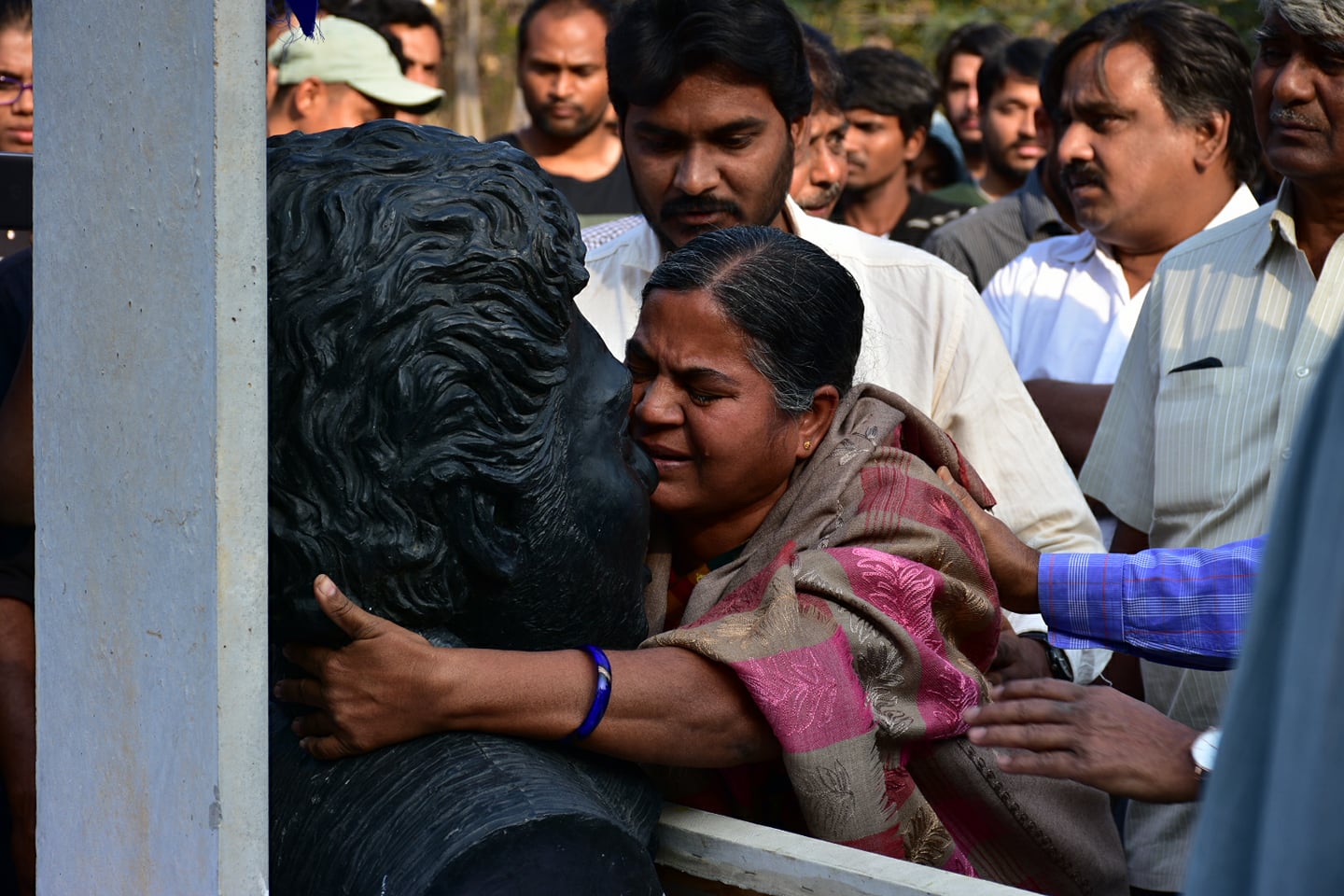 “They didn’t allow me into the campus last year, but they allowed me this year. They didn’t allow media, but they allowed police into the campus. They want to restrict our movement within the campus so that the movement can be restricted. There are more than 20 crore Dalits in the country, instead of joining existing political parties, why can’t they come together? If we do that, we can come to power. This movement has given birth to many student leaders across the country,” Radhika said at the event, according to a statement released by the Justice for Rohith Vemula campaign.

Shepherd said, “Dalit Bahujan students should have a new slogan. Ambedkar said, ‘Educate, Agitate and Organise’. I made a small change – ‘Read, write and fight’. There must be a writing agenda, if you give up writing, you are not going to fight. This is one thing Akhil Bharatiya Vidyarthi Parishad does not want to do. They don’t read, does not write, they don’t fight against untouchability.”