Justice Ravindra Bhat said a court can only quash an FIR in an exceptional circumstance, i.e. if a prima facie case is not made out. 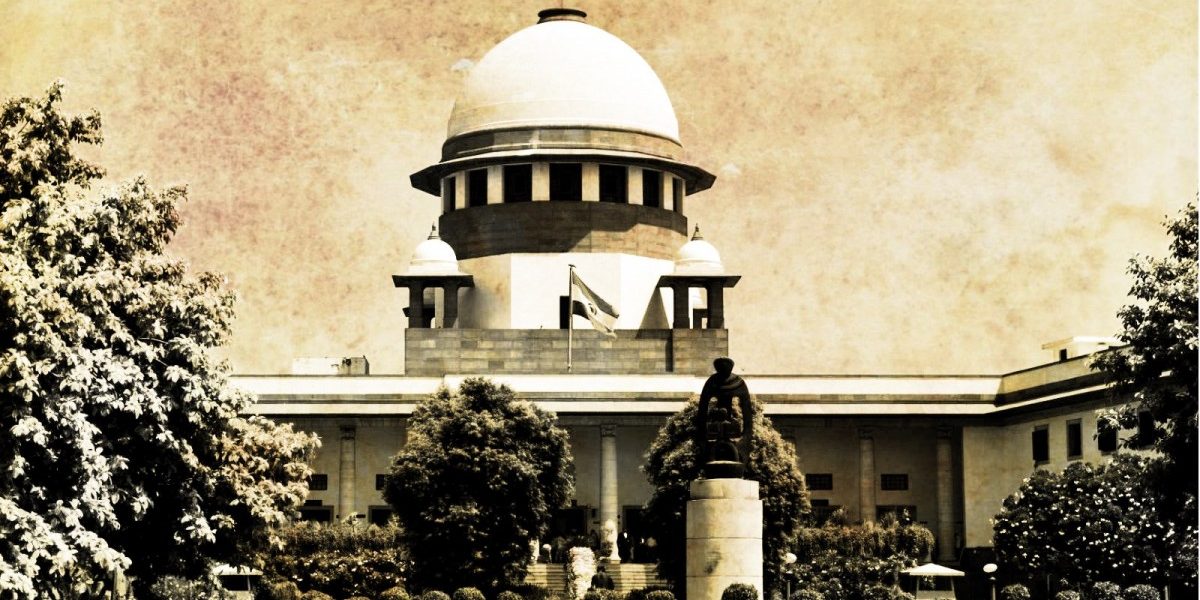 New Delhi: The Supreme Court on Monday upheld the constitutional validity of the SC/ST Amendment Act, 2018, and said a court can grant anticipatory bail only in cases where a prima facie case is not made out.

The top court’s verdict came on a batch of PILs challenging the validity of the SC/ST Amendment Act of 2018, which was brought to nullify the effect of the apex court’s March 2018 ruling, which had diluted the provisions of the stringent Act.

On October 1, the Supreme Court had allowed the review petition filed by the Central government against the March 2018 decision to dilute provisions.

The court had reserved verdict on the pleas in October, 2019, but had hinted strongly that the 2018 amendments were to be protected, Bar and Bench has reported.

A bench headed by Justice Arun Mishra said a preliminary enquiry is not essential before lodging an FIR under the act and the approval of senior police officials is not needed.

The March 2018 judgment (Dr. Subhash Kashinath Mahajan vs. State of Maharashtra) by Justice A.K. Goel and Justice U.U. Lalit had said that preliminary sanction would be needed before charging officials under the SC/ST (Prevention of Atrocities) Act, 1989. It had also allowed anticipatory bail.

Also read: Dilution of SC/ST Atrocities Act Will Have a Crippling Effect on Social Justice

The 1989 Act had been brought by the then Rajiv Gandhi government in view of the rampant perpetration of atrocities on SC/STs. The Act was operationalised by the succeeding V.P. Singh government, as noted in The Wire‘s report from March, 2018.

Justice Ravindra Bhat, the other member of the bench, said in a concurring verdict that every citizen needs to treat fellow citizens equally and foster the concept of fraternity.

Justice Bhat said a court can quash the FIR in an exceptional circumstance, i.e. if a prima facie case is not made out under the SC/ST Act. The liberal use of anticipatory bail will defeat the intention of parliament, he also said.

Among the first to tweet in appreciation of the Supreme Court’s decision was Lok Janshakti Party leader Ram Vilas Paswan.

I welcome the decision of Hon’ble Supreme Court to uphold SC/ST (Prevention of Atrocities) Amendment Act 2018.The Centre Govt is committed for protection of SC/STs from the atrocities and their constitutional rights and today the Apex court has also put its stamp on it.

On Sunday, however, a bench of Justice L. Nageswara Rao and Justice Hemant Gupta of the Supreme Court held that states are not bound to provide reservation in appointments and that there is no fundamental right to claim quota in promotions.

The apex court was dealing with pleas regarding Uttarakhand government’s September 5, 2012 decision to fill up all posts in public services in the state without providing reservation to SC/STs.

Opposition parties in Lok Sabha on Monday targeted the government over this order, saying the Centre has failed to defend the reservation system.

Leader of Congress in Lok Sabha Adhir Ranjan Chowdhury and Kalyan Banerjee (TMC) targeted the government, saying there has been an onslaught on SC and ST reservation since the Modi government came to power.

Chirag Paswan (LJP) said the government should immediately interfere in the matter and put the reservation subject in the ninth schedule so that no one approaches the Supreme Court on these issues.

Ritesh Pandey (BSP) alleged the central government is against SC/ST and Dalits and was echoed by Anupriya Patel (Apna Dal) who said, “I want to register my objection and disagreement with the Supreme Court’s order and this is very unfortunate also”.

CPI(M) member A.M. Ariff said the government should file a review petition on this.