“This judgment is unsettling, deeply so. But as long as I am alive, I will fight for justice," Kausalya said. 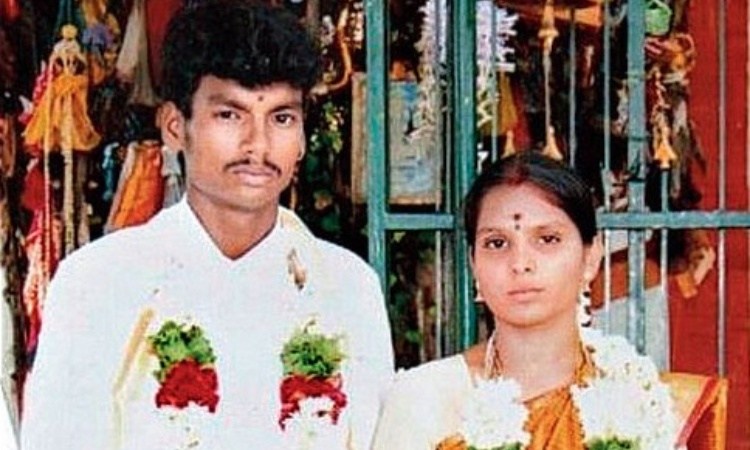 “Sankar had a college function the next day and we wanted to buy him a new shirt. All his shirts were old and faded. I had in a mind a peach shirt for him that I had once spotted in a shop. For three months, I was thinking of buying it for him.”

Kausalya, who was earning a salary at the time, and Sankar, a final year mechanical engineering student, went to a shop at Udumalaipettai to pick up the shirt. “We did and came back home, but both of us liked a turquoise green shirt that was on display at the shop.” So, the couple decided to go to the shop again. “After exchanging the shirt, we had Rs 60 left and Sankar insisted I have my favourite chilli parotta in that.”

But considering that the money wasn’t enough, they decided instead on kambu koozh (a millet-based porridge) and were waiting to cross the road after eating the koozh at a street shop in front of a cinema theatre. Kausalya distinctly remembers people coming out of the theatre “after the show was over”. None of that deterred the murderous group that would soon descend on scene. Kausalya, from a caste Hindu community, was hit first on the head. As she lay in a pool of blood, she saw them hack to death her husband Sankar, a Dalit. She remembers the shirt, soaked in blood.

On June 22, 2020, the blood stain remains fresh in her memory, the image of it renewed by the Madras high court’s judgement in the case. The court acquitted Chinnasamy, Kausalya’s father and the main accused in the case who was sentenced to death by a principal court in Tiruppur. “This is not the kind of judgement I expected,” she says, her voice choking over phone. A Madras high court bench comprising Justices M. Sathyanarayanan and M. Nirmal Kumar also commuted the death sentences of five others to life sentence of 25 years.

Earlier, in December 2017, the Tiruppur principal court had sentenced Chinnasamy to death while acquitting Annalakshmi, Kausalya’s mother. The court had also handed death sentences to five other convicts, a double life term to one and five years of rigorous imprisonment to another. Two others, apart from Annalakshmi, were acquitted.

Besides upholding the acquittal, the high court also set aside the conviction of two others. According to a report in The News Minute, Chinnasamy’s lawyer had stated that the prosecution “did not prove the conspiracy between Chinnasamy and the gang”. He claimed that the video recording could have been morphed.

“If the video of Sankar’s killing was morphed, how about mine? I was also attacked; I was also almost killed. Is it also a lie?” Kausalya says. “I am here as an eyewitness; it is sad that I was never briefed of the case after it went to the Madras high court.” Kausalya also wonders why the court should finish the case in a hurry, while the state is still reeling under the coronavirus pandemic.

A. Kathir, executive director of Evidence – an organisation working on caste-related crimes – says they will soon approach the Supreme Court with an appeal. “We are already in touch with some lawyers. If CCTV footage was morphed and could lead to the acquittal of the main conspirator, how were others sentenced to life?” he asks.

Kathir says the judgment delivered by the Tiruppur principal court was a landmark judgment and had served as a role model. “There were only three such judgements on caste-motivated murders, of which Sankar’s was the first. This judgement by the Madras high court is undoing all that. It is not just a judgment, it will set a precedent, exert influence on future cases that come up. How can we even expect justice in the future?”

Kathir points out that the guidelines laid down by the Supreme Court in 2018 were not followed in this case. “The image that the courts upheld justice in caste-motivated murders stands shattered today.”

Kausalya has been left feeling shattered. Pointing out the irony of others involved in the conspiracy being punished while her parents were acquitted, she asks: “Except for Chinnasamy and Annalakshmi, what do they (the convicted killers) have to do with me?”

But she is not the one to give up hope. “This judgment is unsettling, deeply so. But as long as I am alive, I will fight for justice. I will live to see justice for Sankar. I am still hopeful.”