‪My Birth is My Fatal Accident: Rohith Vemula's Searing Letter is an Indictment of Social Prejudices‬

The Wire republishes Rohith Vemula's letter, which remains a strong reminder that despite merit, a Dalit still has to face prejudice and worse. 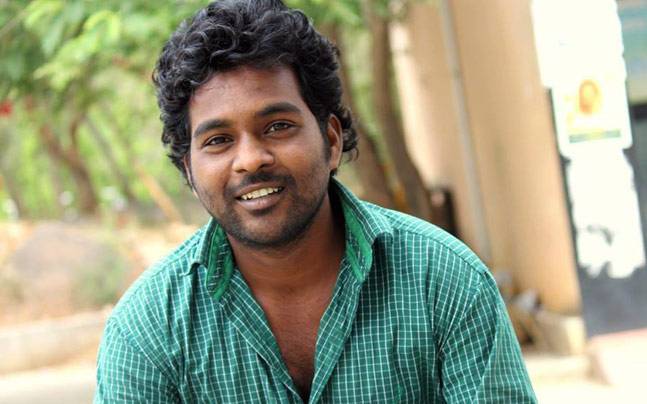 One year ago, a young scholar at the University of Hyderabad committed suicide and triggered off a chain of events that still remain unresolved. Rohith Vemula, a Dalit student and a PhD candidate, had been suspended along with four others after a complaint by the local unit of the Akhil Bharatatiya Vidyarthi Parishad (ABVP), the student wing of the BJP.

Vemula’s fellowship of Rs 25,000 was suspended for raising “issues under the banner of the Ambedkar Students Association” (ASA).

The ABVP’s complaints against the ASA was taken up by union minister Bandaru Dattatreya who forwarded them to the then HRD minister Smriti Irani who asked the university administration to look into them.

Vemula found it difficult to manage his expenses and after the he and the four other students were removed from their hostel rooms, they set up a tent on the campus and began a relay hunger strike.

On January 17, 2016, Vemula committed suicide with a banner of the ASA and left behind a searing note talking of unfinished dreams and how he felt his “birth was his fatal accident”.

The university and the government have since then tried to focus not on the causes of the tragedy but on Vemula’s caste, claiming he was not a Dalit in the first place. Hyderabad University continues to be in turmoil and dean Appa Rao Podile, who went on leave in the aftermath of Vemula’s death, has returned to his post and has even been given an award at the hands of Prime Minister Narendra Modi.

But Vemula’s words still ring and continue to resonate with students. On the first anniversary of his suicide, The Wire republishes Vemula’s letter, which remains a strong reminder that despite merit, a Dalit still has to face prejudice and worse, even in an educational institution where liberal and humanist ideas are supposed to prevail.

I would not be around when you read this letter. Don’t get angry on me. I know some of you truly cared for me, loved me and treated me very well. I have no complaints on anyone. It was always with myself I had problems. I feel a growing gap between my soul and my body. And I have become a monster. I always wanted to be a writer. A writer of science, like Carl Sagan. At last, this is the only letter I am getting to write.

I always wanted to be a writer. A writer of science, like Carl Sagan.

I loved Science, Stars, Nature, but then I loved people without knowing that people have long since divorced from nature. Our feelings are second handed. Our love is constructed. Our beliefs colored. Our originality valid through artificial art. It has become truly difficult to love without getting hurt.

The value of a man was reduced to his immediate identity and nearest possibility. To a vote. To a number. To a thing. Never was a man treated as a mind. As a glorious thing made up of star dust. In every field, in studies, in streets, in politics, and in dying and living.

I am writing this kind of letter for the first time. My first time of a final letter. Forgive me if I fail to make sense.

My birth is my fatal accident. I can never recover from my childhood loneliness. The unappreciated child from my past.

May be I was wrong, all the while, in understanding world. In understanding love, pain, life, death. There was no urgency. But I always was rushing. Desperate to start a life. All the while, some people, for them, life itself is curse. My birth is my fatal accident. I can never recover from my childhood loneliness. The unappreciated child from my past.

I am not hurt at this moment. I am not sad. I am just empty. Unconcerned about myself. That’s pathetic. And that’s why I am doing this.

People may dub me as a coward. And selfish, or stupid once I am gone. I am not bothered about what I am called. I don’t believe in after-death stories, ghosts, or spirits. If there is anything at all I believe, I believe that I can travel to the stars. And know about the other worlds.

If you, who is reading this letter can do anything for me, I have to get 7 months of my fellowship, one lakh and seventy five thousand rupees. Please see to it that my family is paid that. I have to give some 40 thousand to Ramji. He never asked them back. But please pay that to him from that.

Let my funeral be silent and smooth. Behave like I just appeared and gone. Do not shed tears for me. Know that I am happy dead than being alive.

“From shadows to the stars.”

Uma anna, sorry for using your room for this thing.

To ASA family, sorry for disappointing all of you. You loved me very much. I wish all the very best for the future.

For one last time,

I forgot to write the formalities. No one is responsible for my this act of killing myself.

No one has instigated me, whether by their acts or by their words to this act.

This is my decision and I am the only one responsible for this.

Do not trouble my friends and enemies on this after I am gone.