Protests in Nagaur Over Suicide by Dalit Constable and Family

Troubled by alleged harassment by a senior official, a police constable in Rajasthan’s Nagaur, committed suicide along with his wife and two children on Sunday. 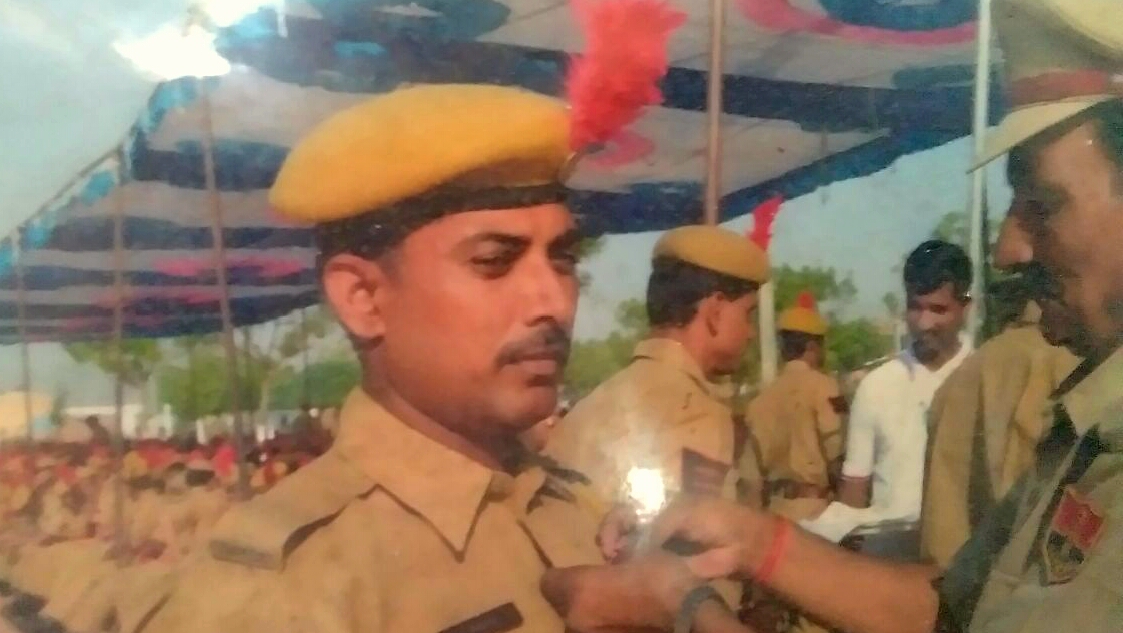 Gena Ram, a police constable and his family ended their lives because of humiliation

Jaipur: A police constable in Rajasthan’s Nagaur, troubled by alleged harassment by his senior, committed suicide along with his family on Sunday.

Forty-year-old Gena Ram, who was working as the driver of a senior police official in the district, left behind a five-page handwritten suicide note, signed by his 35-year-old wife Santosh and two children – Sumitra and Ganpat – describing how their lives were thrown into shambles because of a false accusation of theft by his neighbour, assistant sub-inspector (ASI) Radha Kishan.

In the note, he blamed Kishan for his suicide. “Radha Kishan was my neighbour in the police line quarters and our families had a cordial relationship. In March 2012, when he went out with his family, his house was burgled, for which he accused us.”

The note also mentioned the harassment his family faced during the ensuing investigation. “we were constantly humiliated and my son Ganpat was illegally detained for two nights. Despite presenting the final report, the case was re-opened and later, Ganpat was framed. We have no choice left but to kill ourselves, rather than live with the stigma of theft.”

The police confirmed that the case was re-opened after Kishan filed a protest petition in the court.

“The case was not reopened twice. The final report was presented in the court only once, over which Radha Kishan filed a protest petition. The court then directed us to re-investigate the case,” Nagaur circle officer (CO) Om Prakash Gautam told The Wire.

“Ganpat was never charge sheeted. In fact, Gena Ram filed an application in the high court to quash the FIR against him. During its hearing on January 8, the court discarded his application and ordered us to carry on with the investigation,” he added.

Khumaram, Ram’s father, has alleged that the burglary was a plot by Kishan to escape from paying money for the land he had purchased from Ram.

“Three people from the police – Bhanwaru Khan, Radha Kishan and Ratanram – had plotted to grab the 18 bighas of land owned by my son. In 2012, Kishan got Ram’s land transferred in his name and when he asked for money, they falsely accused him of theft. He was very disturbed that his colleagues at the police station didn’t listen to him just because he was Dalit,” Khumaram told The Wire.

The police alleged that the case was re-opened as Ram was absent for the hearing.

Speaking to The Wire, Paris Deshmukh, superintendent of police, Nagaur said, “The case was reopened only once on the court’s order in 2014 as Gena Ram was absent for about 6-11 months for some reasons. His son was not framed but interrogated as part of the procedures laid in the constitution. It is highly unlikely that a policeman’s son can be detained.”

“It is very unfortunate that the allegation of theft by Radha Kishan pushed him into mental trauma and he took an extreme step. Radha Kishan is absconding after the incident,” he added.

Ram’s relatives have alleged that he was forcibly stopped from reaching the court for hearing.

“Each time Ram would leave for the hearing, Kishan would beat him. Many a times, he has beaten him even in front of the official for whom Ram used to drive but no one ever complained about his behavior. An ASI beating a constable in front of senior police officials is not at all normal but if someone is Dalit, no one speaks,” said Rajendra, Ram’s relative.

The family has alleged that a day before Ram’s family committed suicide, he was beaten up in the police station.

“A day before the family committed suicide, Ram received a notice from the circle officer’s office after which Kishan ridiculed and beat him in front of everyone. Ram shared the incident with his sister Bhanwari and told her that they wanted to kill him and that he will have to die,” added Rajendra.

Ram had registered a case against Kishan under the Scheduled Caste and Scheduled Tribes (Prevention of Atrocities) Act, 1989, for harassing and humiliating him, but he was never framed.

“Gena Ram was a sober man. Every time we would meet, he would motivate me to do better in life. He used to tell us that ASI has falsely accused him. It’s unbelievable that the whole family is no more,” said Heera Ram, Gena Ram’s colleague.

Meanwhile, the police has filed an FIR under Section 306 (abetment to suicide) of the Indian Penal Code.

Dalit organisations have demanded a compensation of Rs 50 lakh for the family and an FIR against all the police officers who misused their position to torture Gena Ram and his family in the police station.

The family and relatives of the deceased constable held a protest outside Jayal hospital in Nagaur, Rajasthan, demanding the arrest of Radha Kishan, compensation for the family, FIR against the police officials who misused their positions to torture the Dalit constable and a CBI inquiry into the mass suicide.

A protest was organised by Dalit social organisations outside the police headquarters in Jaipur, supporting the demands raised by the family of Gena Ram.