Protesting Gujjars Sign Pact With Rajasthan Government, but Yet to Call off Stir

The community has been agitating since November 1 demanding that the state government concede to their demands on jobs, salaries, quota, among others. 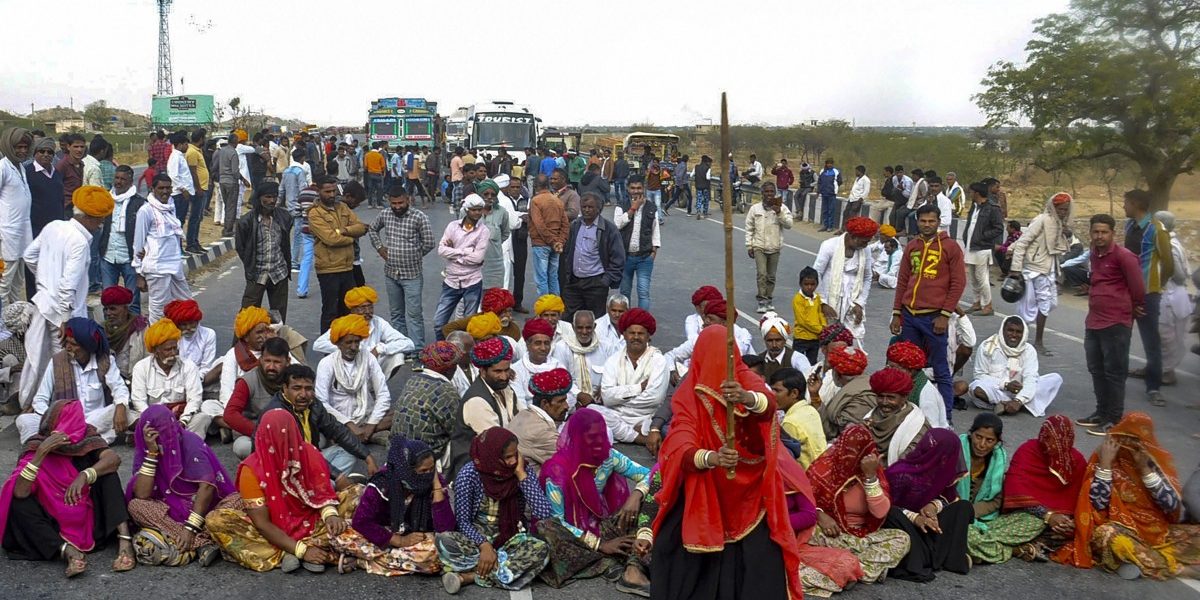 Jaipur: The Gujjar community in Rajasthan, which has been protesting from November 1 for the resolution of various issues, signed an agreement with the Rajasthan government on Wednesday covering issues pertaining to government appointments, salaries and criminal cases which involve the community.

This agreement, however, will not affect the community’s longstanding demand to get 5% reservation. This demand remains unimplemented as it is held up in litigation at the Supreme Court even after the Rajasthan government had agreed to grant the reservation.

On Wednesday, the pact was signed after a 17-member delegation of the Gujjar community met chief secretary Niranjan Arya, director-general of police M.L. Lather and a few officers of the state law and justice department. Gujjar leader Kirori Singh Bainsla also met chief minister Ashok Gehlot after signing the agreement.

The six demands that have been agreed upon include appointments to the backlog posts between the year 2015 and 2019 under the More Backward Classes (MBC) category, 5% reservation in the ongoing recruitments, salaries at regular pay scale to 1,252 temporary appointees in the Special Backward Classes category, withdrawal of criminal cases and financial assistance to the families of those protestors who were killed during past agitations.

The community is yet to decide on calling off the blockade of the Mumbai-Delhi railway line in Rajasthan’s Bharatpur, which began as part of their protest on November 1.

Soon after the Gujjars declared that they begin a protest if the Ashok Gehlot-led Congress government does accede to its demands, ministers and officers had tried to reach an agreement. However, it did not materialise. The stir to exert pressure on the government then began.

Also read: Explainer: Why Gujjars in Rajasthan Are Protesting Over Reservations Again

Speaking to The Wire, Bainsla’s son Vijay Bainsla said, “For the 5% reservation demand, we already have a 2019 agreement in place. This agitation was for appointment under the MBC category in the backlog posts.”

“Despite a Central government directive, the appointment for backlog posts is granted only to the Scheduled Castes and Scheduled Tribes. The Gehlot government has assured us that it will take care of this matter,” he added.

Vijay further said that if the 5% reservation extended to the Gujjar community, along with four other communities, fails the legal challenge, it will be the responsibility of the state government to find a different route to implement it.

“The government had promised that 5% reservation would be granted to five communities in Rajasthan. How they implement it is up to them,” he added. 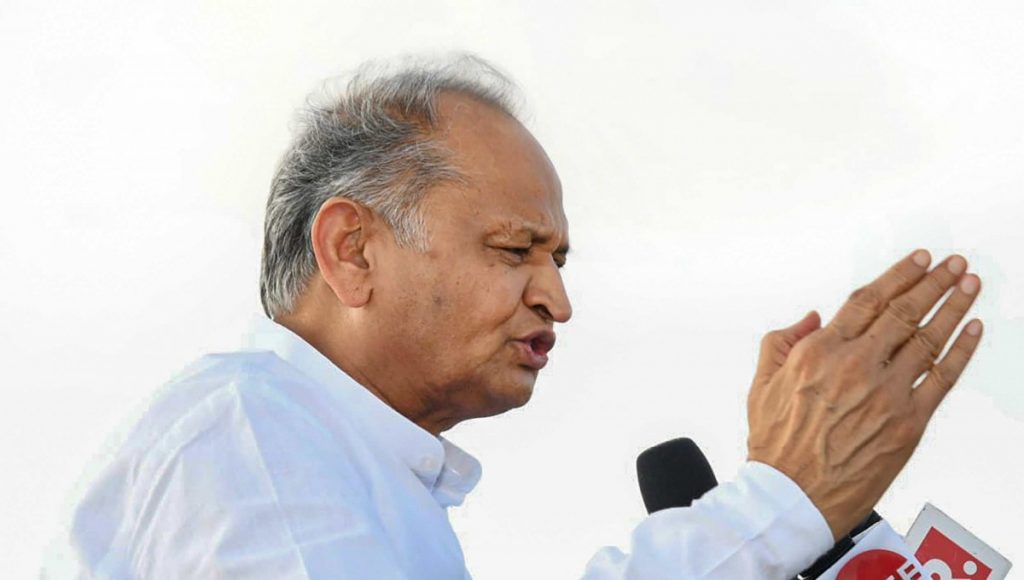 The Gujjars have been agitating for reservation since 2008. The state government had enacted the Rajasthan Scheduled Castes, Scheduled Tribes, Backward Classes, Special Backward Classes and Economically Backward Classes (Reservation of Seats in Educational Institutions in the state and of Appointment and Posts in Services under the State) Act, 2008.

However, the reservations under this Act were challenged because the total reservations in the state exceeded the 50% ceiling set by the Supreme Court.

The Act faced legal challenges and the state government enacted the Special Backward Classes Reservation Act, 2015 to separately provide reservations to the ‘special backward classes’ listed in the 2008 Act.

Once again, the Act found itself in a legal impasse. On November 17, 2017, the Rajasthan government enacted the Rajasthan Backward Classes (Reservation of Seats in Educational Institutions in the State and of Appointments and Posts in Services under the State) Act, 2017 which provided 5% reservation under a new category called ‘more backward classes’. However, the communities under this category were exactly the same as provided in the earlier Act under the ‘special backward classes’ category.

Later, on December 21, 2017, the state government issued a notification providing only 1% reservation to the communities under the ‘more backward classes’ category.

By this, the total reservation in the state stood at exactly 50%, inviting no legal challenge.

However, in 2019, the Gehlot government amended the 2017 Backward Classes Act, based on the report of Justice Sunil Kumar Garg that recommended 5% reservation to the Gujjar, Banjara, Gadia Lohar and Raika (Rebari/Devasi) communities.

Enactment of the Rajasthan Backward Classes (Reservation of Seats in Educational Institutions in the State and of Appointments and Posts in Services under the State) (Amendment) Act, 2019, which provides 5% reservation to the Gujjar community, is currently facing a challenge in the Supreme Court.

The petitioners primarily argue that the Rajasthan government, while granting 5% reservation to ‘more backward classes’ – which includes the Gujjar community – has not followed the procedure laid down under Article 342A, inserted by the 102nd Constitution Amendment Act, 2018.

As per the provisions of Article 342A, the list of castes falling under the ‘socially and economically backward caste’ category is to be prepared by the president of India, in consultation with the states, and these lists can be modified only by parliament.