The officers allegedly forced the Dalit victims to compromise with the Thakur accused in a land dispute matter. 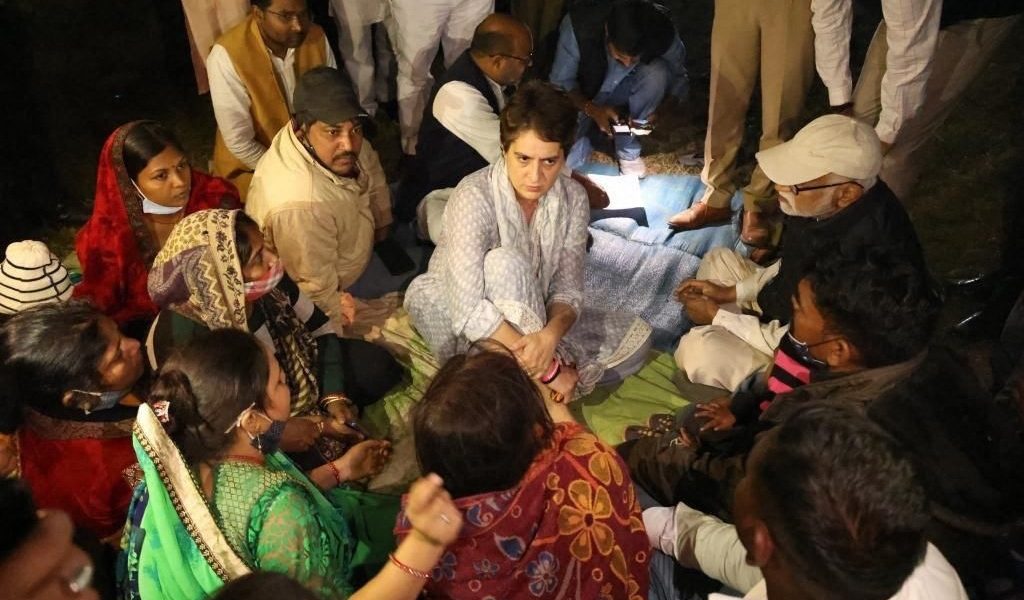 New Delhi: As opposition pressure mounted against the BJP-led Uttar Pradesh government over the brutal murder of four members of a Dalit family in Prayagraj, the state police have suspended two of its officials who were allegedly forcing the victims to compromise with the accused in a land dispute matter.

On Thursday, the dead bodies of all the four – a 50-year-old man, his 45-year old wife, 16-year-old daughter and 10-year-old son – were found in their house in Gohri village of Prayagraj. NDTV reported that while the minor girl’s dishevelled body was found in a room, leading to suspicion that she may have been gangraped, the other three were found dead in the house’s courtyard.

A police complaint filed by one of the family members alleged that the two policemen, including a station-in-charge Ram Keval Patel and constable Sushil Kumr Singh, who the Dalit family had approached earlier, put pressure on the victims to compromise with the accused “upper caste” Thakur neighbours in a land dispute matter. “The accused include several upper caste men, including Akash Singh, Babli Singh, Amit Singh, Ravi, Manish, Abhay, Raja, Ranchu, Kuldeep, Kanha Thakur and Ashok,” reported the Indian Express.

Ever since the brutal murders came to light, members of the Dalit family also alleged that that the deceased were attacked earlier too, and were not provided any help from the police. Some of the family members said the victims had filed a complaint against the accused, naming some of them as part of a “land mafia”, a couple of months ago after they allegedly received death threats but no action was taken.

Allegations of the police helping the accused the Thakur family in the land dispute have since only become louder.

Eight members of the Thakur family have already been arrested for alleged gangrape and murder. IPC sections under the POCSO Act and SC/ST Act against 11 people have also been invoked.

As the opposition’s attack began to increase over alleged police’s partisanship in the matter, a high-level police official told The Indian Express that both the accused police officials have been suspended.

A day after the incident, Congress leader Priyanka Gandhi visited the family at Gohri, while the Samajwadi Party, Bahujan Samaj Party, and Aam Aadmi Party built constant pressure on the Adityanath government. SP called the UP government “anti-Dalit”, while BSP’s Mayawati sent a party delegation led by Babulal Bhanwra to visit the family. The delegation reported that the accused family used strongarm tactics to “terrorise” people in the village. AAP has decided to hold protests across the state against administration and police’s “negligence” in the matter, and highlight growing instances of “police-criminals nexus” in UP.

“This is bigger than the Hathras case,” AAP leader Sanjay Singh said, while accusing the BJP government of being driven by “casteist hatred”.

Meanwhile, the UP police scrambled to contain the damage. Prayagraj DIG Sarvashresht Tripathi said, “Eight people out of the 11 named have been arrested. The remaining two are in Mumbai, and teams have been deployed to trace and arrest them. One accused is admitted in a hospital and is not able to walk. We will question him as well. We will probe the case from all possible angles.”

He also added that the family would be granted arms license once it applies for security. He also said that the district administration has also announced compensation for the family.