The Opposition's Own Brahmanism Is Killing Its Relevance

The opposition missed out on a big opportunity to show its solidarity with Dalit movements across the country by not nominating a Dalit candidate of its choice before the Modi government did. 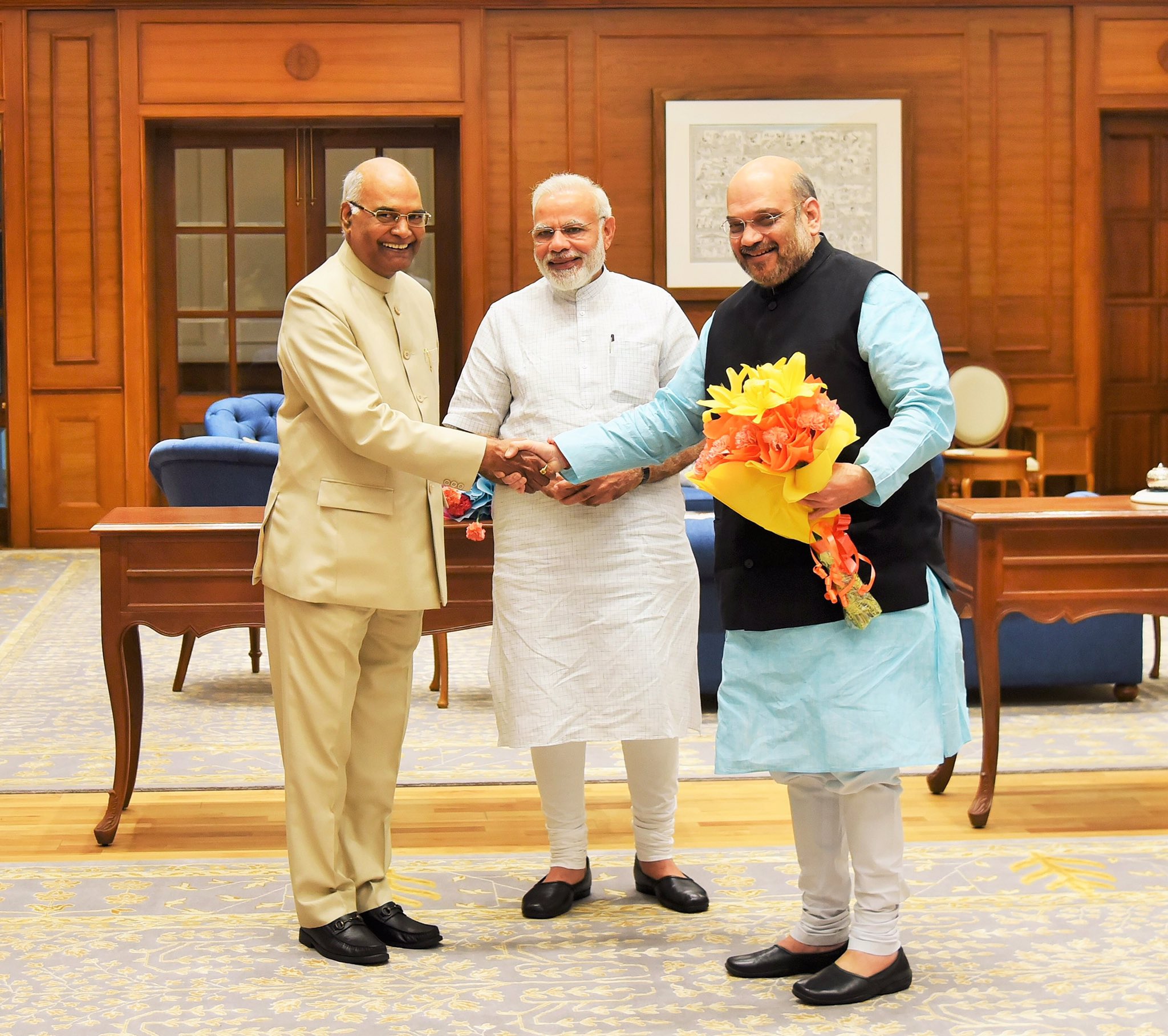 It is a pity that the Congress, the Communist Party of India (Marxist), Communist Party of India and other friendly parties of the UPA have lost a great opportunity that would have created a moral crisis in the ruling BJP camp. They knew that L.K. Advani, Murli Manohar Joshi and Sushma Swaraj were not in the good books of Narendra Modi and Amit Shah. The fact that the CBI case that was pushed to the fore, just before the presidential election, is to see that Advani and Joshi cannot put pressure on their party structure for their nomination. Modi and Shah proved to be greater chatur baniyas than Gandhi. It was this camp that put forward Draupadi Murmu, a governor and tribal woman and Thawar Chand Gehlot, a Dalit and Union minister for social justice and empowerment, as probable candidates. Even then the opposition was not shaken out of their stupor.

The Modi government has for the last three years been facing serious crises in handling the Dalit question. As the first prime minister who declared himself an OBC, he got significant support from OBCs and Dalits across the country, and more so in North India in the 2014 elections. But after he came to power, the RSS and BJP’s Brahmanical structures across the country displayed their anti-Dalit psychological behaviour.

It started with the banning of the Periyar Ambedkar Students Study Circle in IIT Madras, and intensified with Smriti Irani, Dattatreya and Appa Rao driving Rohith Vemula to his death in Hyderabad Central University.

On the larger front, the cow protection agenda of the RSS, BJP and other Sangh organisations created a condition where beef started being taken away from the plates of Dalits, tribals and others whose culture has involved beef eating since the days of the Harappan civilisation. This affected many Dalit livelihoods of those working in leather and bone related industries.

Maharashtra, Gujarat, Haryana and UP were boiling with Dalit’s protests. Una, Saharanpur and other places saw militant Dalit protest movements. The opposition supported these protests with caution, so the Brahminic forces in their own ranks were not offended.

The recent cattle slaughter ban and the ban on the skinning of dead cattle for leather and industrial purposes, created unrest among Dalits, tribals and even shudra farmers who have been part of the cattle economy from the days of ancient civilisation. This issue has damaged the Modi’s government image – not only in India but across the globe.

To overcome these crises, which have major implications for the economy, politics and morality of the government and the party, the Modi-Shah duo had no option but to propose a Dalit candidate for president.

The writing was on the wall for some time now. If the opposition, particularly the Congress and the CPI(M), were willing to strengthen the ongoing agitations and seriously stand by the Dalit struggles, they could have put up a Dalit candidate much before the BJP declared Ram Nath Kovind their candidate. Even when BJP ministers consulted with the opposition, instead of proposing a Dalit candidate of its choice, they kept asking the BJP who their candidate was. Nominating a Dalit would have sent a different message to the Dalit community, which has been fighting Hindutva forces ever since the BJP came to power.

The Congress was willing to conduct programmes around Ambedkar only recently, after the BJP started owning him. Though K.R. Narayanan became the first Dalit president with the Congress’s support, his caste was not used to mobilise masses. However, the BJP has made Kovind’s Dalitness an issue in the election race. Its spokespersons, leaders and cadres have started telling the nation that the BJP is not anti-Dalit, rather it is more pro-Dalit than the opposition combined. Even if the opposition puts up a Dalit candidate now, it is going to be seen only as a knee-jerk damage control response. Annihilation of caste and untouchability are not damage control issues.

It requires enormous courage, confidence and risk-taking ability from these parties to directly confront the Dalit question. The Modi-Shah combine seems to give the feeling that they are willing to take that risk and put the Dalit question on the table for debate. It is true that this has come from the most conservative Hindu political party, and a communal party at that.

With Kovind’s selection, the BJP has made an open declaration – we are putting a Dalit leader in the Rashtrapati Bhavan where, from Rajendra Prasad to Pranab Mukherjee, except for three Muslims, one OBC Sikh and one Dalit president, all presidents were from the upper caste – and Brahmin, more so. All these people occupied the highest office under the rubric of merit and secularism. But their caste was a major driving force. Since they were from the oppressive caste, naturally their caste identities are hidden. But a Dalit should not hide his/her caste identity because they need to get out of that caste system, and become respectable, touchable, dignified and powerful.

The secularism discourse has not understood this dimension of the Dalit question. Therefore, for the last 70 years, upper caste hegemony, including vegetarianism (Sarvepalli Radhakrishnan, Shankar Dayal Sharma, R. Venkatraman, V.V. Giri and so on), was projected as secular nationalism. Their cultural behaviour in the Rastrapathi Bhavan was not questioned.

In the context of the cow ruling the nation, vegetarianism is being projected as ‘nationalist’ food, and everything Dalit is being humiliated and attacked. What should the response of the opposition have been? Putting a Dalit in Rashtrapati Bhavan is a significant issue and the opposition missed the bus. The vegetarian banya leaders definitely got there first by picking as their candidate a vegetarian Dalit, trained to be so in the camps of the vegetarian Sangh parivar.

We do not know whether Kovind will protect Dalits from the onslaught of gau rakshaks and vegetarianism. But he will definitely protect the BJP’s vote base.

The opposition, having missed the bus to Rashtrapati Bhavan, will at least have to go into the dalitwadas to pose a serious threat to the Hindutva agenda of granting more rights to the cow and cattle than the Dalit masses across the country. If they don’t, they will also be seen as cow nationalists in the garb of secularism.