Katariya's recent hattrick in Tokyo had propelled India into a historic Olympic semi-final. 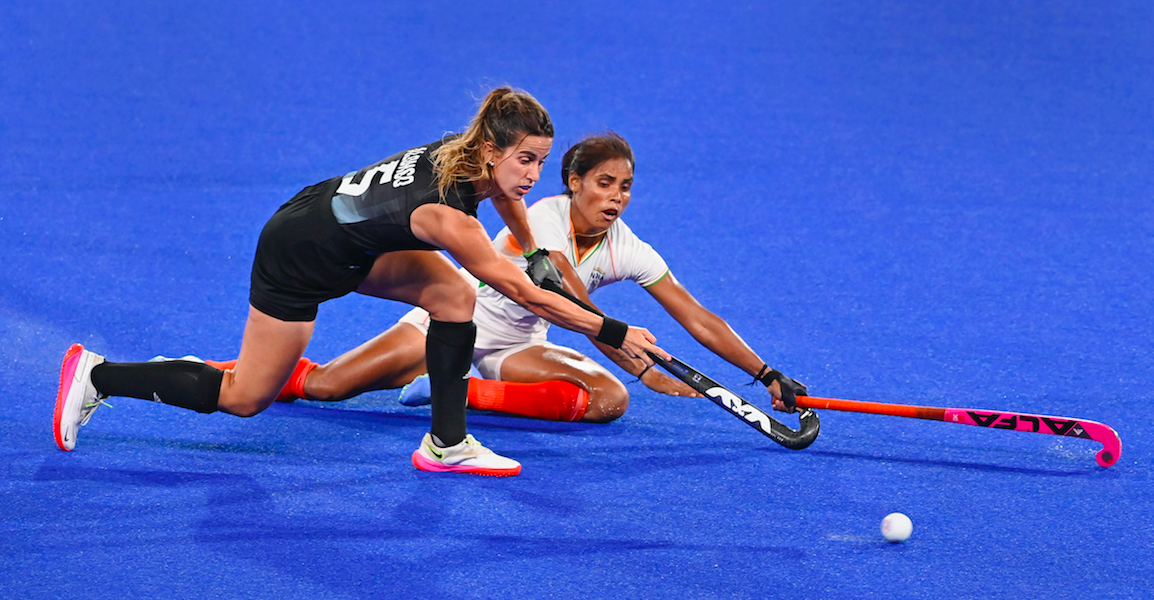 New Delhi: A man was arrested from the Roshnabad area of Uttarakhand’s Haridwar district for allegedly passing casteist remarks against the family of Vandana Katariya, whose recent hattrick in Tokyo propelled India into a historic Olympic semi-final, PTI reported, citing the police.

On August 4, the family of hockey forward Vandana Katariya was harassed with casteist abuse in the aftermath of India’s loss to Argentina.

On the evening of the match, which India lost 2-1, two ‘upper’ caste men arrived outside Katariya’s house and began bursting firecrackers, in mock celebration, her family told Times of India.

When the Katariya’s emerged from the house to see what was happening, they saw the men dancing. The men then unleashed a stream of casteist abuse at them.

“They used caste slurs, insulted our family and said the Indian team lost because too many Dalits (the men used a specific caste slur) have made it to the team,” Katariya’s brother, Shekhar, wrote in a complaint filed with police.

The ‘upper’ caste men, who the family knew, further said that not just hockey, all Indian sports should keep Dalit people out. After insulting the family, the men took off their clothes and began dancing again, Shekhar said.

The family, in their complaint and in quotes to TOI, made it clear that they saw this as a caste-based attack.

A man, identified as Vijay Pal, has been arrested and charged in connection with the incident under section 504 (intentional insult with intent to provoke breach of peace) of the Indian Penal Code and the SC-ST Act, an official at SIDCUL police station said.

In addition to her hattrick against South Africa – the first by an Indian woman in an Olympic game – Katariya is an integral element in the Indian women’s attack.

Why Olympic games customarily stir up national fervour, casteism and casteist concerns surrounding the games are not new and appear to target sportswomen, particularly.

In the aftermath of badminton player P.V. Sindhu’s historic bronze win (Sindhu is the only woman to win two Olympic medals) and boxer Lovlina Borgohain’s heroic third-place finish at the Olympics, searches on Google for the players’ caste and religion spiked, found reports.

The same spike in searches for Sindhu and freestyle wrestler Sakshi Malik’s caste had been reported after their silver and bronze wins in the 2016 Rio Olympics.

Sections of social media have expressed outrage over the attack of Katariya’s family.

a country where cricketers like Vinod Kambli and Palwankar Baloo face discrimination bcoz of their caste. Google searches for PV Sindhu’s caste jumps up after she wins. and Vandana Katariya’s family has to deal with casteist abuses, after scoring a hat-trick. is this merit?

Don’t ever say this to any Bahujan that why do you’ll see caste in everything! #VandanaKatariya

Note: This story has been updated with the arrest of one person for allegedly passing casteist remarks against the family of Vandana Katariya.