A video of the incident, showing the teenager, with his hands tied, being beaten up at a public place has gone viral. 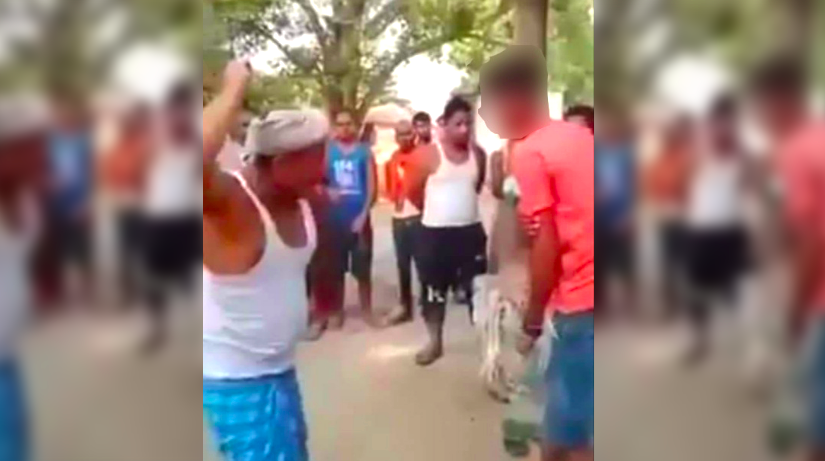 Video screengrab showing adults beating up a Dalit teenager in Nepal. The boy's face has been blurred as he is a minor.

Kathmandu: A 17-year-old Dalit boy was beaten up for reportedly writing a love letter to girl belonging to the Tharu community – an ‘upper’ caste – in southern Nepal.

A video of the incident, showing the teenager, with his hands tied, being beaten up at a public place has gone viral.

The video shows one Kinsidev Giri assaulting the minor boy, while dozens of locals appear to stand and watch the incident.

The boy studies in Class 11 at a rural municipality school in Rautahat district. Giri is from the same area.

Local people told the correspondent that Giri was not the only one who beat up the boy, and that three or four others had participated in assaulting him. 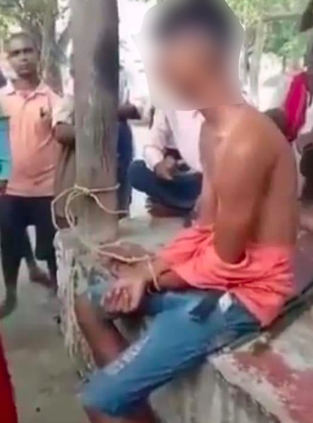 Video screengrab showing the Dalit teenager with his hands tied up. The boy’s face has been blurred as he is a minor.

Giri and the other perpetrators have said that they “slapped him just to teach him a lesson”. It is not known how Giri and others came to know of the letter.

Superintendent of Police, Siddhi Bikram Shah, of the District Police Office said that two people were arrested on Friday and further investigations are going on.

The president of the Rural Municipality Ward 5, Dharma Nath Chaudhary, however, said that he was not familiar with the incident. “I was busy with office work yesterday, now I am trying to get detailed information about the incident,” Chaudhary said.

Raman Paudel is a Kathmandu-based journalist and tweets @ramanreally.