In a move intended to prevent rumour-mongering about the Maratha quota agitations, internet services were suspended by the police in the Pune district. 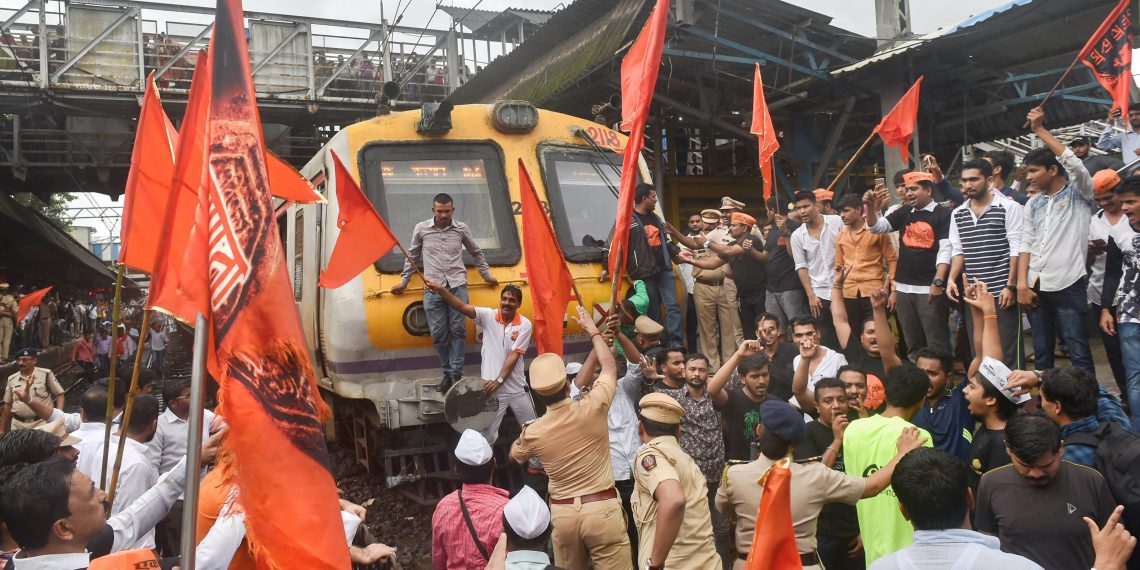 The step was taken to prevent any violence like the ones witnessed during protest by members of the Maratha caste for reservation last month, he said.

Chakan, an industrial hub located in Khed tehsil, witnessed large-scale violence during the Maratha quota agitation on July 30, when around 70 buses were torched and damaged.

The agitators held a sit-in protest outside the residence of Nationalist Congress Party (NCP) chief Sharad Pawar in Baramati today.

The Sakal Maratha Samaj, an umbrella body of Maratha groups, has called for a bandh across Maharashtra today, except Navi Mumbai, to further the demand for reservation in government jobs and education.

Over 7,000 police personnel have been deployed in the city, along with some companies of the State Reserve Police Force and Rapid Action Force, to maintain law and order, Pune commissioner of police K. Venkatesham said.

He added that the pro-reservation Maratha groups had earlier said they would stage peaceful protests at the collector’s office.

The police official urged the citizens to carry on with their daily routine.

A release issued by the collectorate earlier had said 70 to 80 vehicles were torched and damaged in the Chakan area during the violence on July 30.

“Two school buses were also torched and the lives of students were endangered,” it had said.

“Even if there is no untoward incident during the protest, roads might be blocked and we do not want students to be inconvenienced and parents to be anxious unnecessarily,” the collector said.

In view of the bandh, a majority of the commercial units in the Chakan industrial area have also decided to remain closed today.

“There are over 1,000 companies in the Chakan MIDC area and a majority of them have decided to keep their plants shut,” Chakan police station’s senior inspector Santosh Girigosavi had said yesterday.