For Manual Scavengers, Swachhta Is Not Seva

Swachh Bharat Abhiyan will not be successful till it starts looking at the relation between caste and sanitation, and incorporates the same into the design of the intervention. 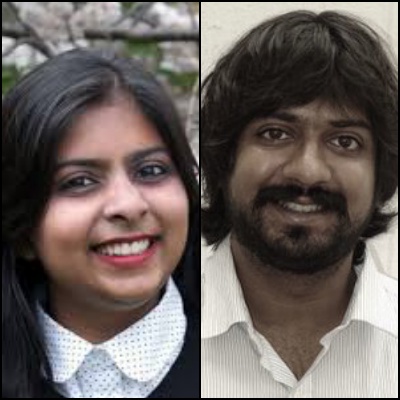 Another anniversary of the Swachh Bharat Abhiyan (SBA) is approaching and the slogan “Swachhta Hee Sewa” is in the air. The government has purportedly been very sincere in its efforts to promote the nationwide cleanliness campaign. But if you look beyond the endorsements from celebrities and the photo-ops of ministers cleaning areas which have been cleaned before, you can see the plight of thousands of manual scavengers, who clean gutters, dry toilets, sewers and septic tanks, often without any protective gear, every day. These are the people who are cleaning India’s shit, and dying while doing it.

Manual scavengers are almost exclusively Dalits. By custom, they have been relegated to the bottom of the hierarchy in the caste system and are only allowed to do tasks which are deemed too dirty to be done by upper castes. Prime Minister Narendra Modi claims in his book Karamyogi that manual scavenging work is a spiritual experience. A more accurate description would be the one given by Dr B.R. Ambedkar: “In India, a man is not a scavenger because of his work. He is a scavenger because of his birth irrespective of the question whether he does scavenging or not.”

This is the biggest flaw in how the SBA has been designed and implemented. By focusing only on building toilets, it totally ignores the caste aspect of sanitation and clean toilets in India. The caste system designates the responsibility of cleaning to a particular caste. In this system, waste as well as the process of removing rigid caste-based roles imposed by society. In a lot of houses built by upper castes, especially in rural areas, toilets are built at the back, or slightly away from the main house. There is also a separate track which goes to the toilet. This is done for two purposes. The first is that when the manual scavenger comes to clean the toilet, she isn’t visible. So the whole task of cleaning, as well as the person doing it, is out of sight. Secondly, it makes sure that there is no chance of her coming near the main house and polluting it.

Ignoring caste also leads to other issues with the efficacy of the SBA. Work done by the Research Institute for Compassionate Economics shows that the upper castes prefer open defecation because they don’t want to be the ones cleaning the latrine pit. The SBA’s premise that there exists a sanitation issue only doesn’t take into account that so far in India, the sanitation issue has only been of a particular caste. Though the SBA purports to claim ownership over the sanitation issue, it cannot do so until it takes into account that it is not just a sanitation issue, it’s also a caste issue. They know it’s not their job. The caste system makes it very clear this has to be done only by one particular community.

A person’s caste designation has a major impact on their ability to own land, access education, health resources, natural resources, public facilities and choose their medium of livelihood. Manual scavengers do what they do because rigid caste-based roles imposed on society leave them without any alternate employment options. A case study of Ghazipur district in Uttar Pradesh found that scavengers who have tried to challenge their status by looking for alternative jobs have had to return to manual scavenging because of social boycott. The study also highlighted that caste-based occupations are often forced on the next generation as well, due to social and community pressure, as well as lack of opportunities and acceptance in alternate employment avenues.

As per the Census 2011, there are 740,078 households across the country from which human excreta is removed by a person from a dry toilet. Again, as per the Socio-Economic Caste Census 2011 there are 182,505 families in rural India who are engaged in manual scavenging. While we have to wait for the next census to get more updated numbers, this data does indicate that the practice of manual scavenging is still quite widely prevalent in India. If manual scavenging is still being practiced in such large numbers, then it evidently means that the laws and policies meant to deal with it are not working.

Some hope came with the passing of the Employment of Manual Scavengers and Construction of Dry Latrines (Prohibition) Act, 1993, but the same remained inoperative for over three and half years. Even after being brought into force it was only applicable to certain number of states mentioned in the Act. The hope was that other states would adopt the same by passing a resolution in their respective houses of legislature.

Part of the blame for the failure of the 1993 law was directed towards the federal structure of India that did not enforce States to implement the provisions of this law. Apart from its narrow reach, this law provided inadequate punishments of one year imprisonment and/or a measly fine of rupees two thousand which did not have any deterrent effect as hoped. This failure led to much litigation, the outcome of which was a number of directions issued by the Supreme Court for rehabilitation of manual scavengers in the case of Safai Karamchari Andolan vs Union of India (2014).

Adopting the recommendations of the Safai Karamchari Andolan case, the Prohibition of Employment of Manual Scavengers and their Rehabilitation Act, 2013 was passed. The main reason why this law was an improvement from the 1993 law was because it explicitly recognised the deep-rooted caste based discrimination which propagated the practice of manual scavenging. Recognising the role of caste and how it links with cleaning and sanitation is crucial and this is something which was missing in previous legislative efforts. The preamble of the 2013 law specifically provided protection to the weaker sections of the society, particularly the Scheduled Castes and Scheduled Tribes. While this was a step in the right direction, it came a little too late. This aspect should have been dealt with when the issue was first discussed post independence in the various committees set up by the government.

To further the 2013 law and eradicate the practice of manual scavenging altogether, the provisions of Scheduled Castes and Scheduled Tribes (Prevention of Atrocities) Act, 1989 should also be read along with it. This law lays down stringent punishments for those who either force, employ or permit the employment of a member of a Scheduled Caste or Scheduled Tribe to do manual scavenging, which is imprisonment between six months and five years, along with a fine.

The state needs to acknowledge the role of caste and how it traps people in the practice of manual scavenging.

Another important step taken by the 2013 law was the expansion of the definition of ‘manual scavenger’ and prohibiting all forms of scavenging mentioned therein. It further focuses on rehabilitation of manual scavengers by providing them, amongst other things, training for other jobs and cash assistance. It even provides for heavier punishments, as opposed to the ones from the 1993 law.

However, like many other legislations in India, the 2013 law did not successfully translate into practice. Dry toilets continue to exist, and so does the employment of Dalit persons to clean the same. While the principle of rehabilitation exists in the 2013 law, the rules published post enactment provide no procedure for execution of this rehabilitation. The protective gear mentioned in the rules, which have to be provided by the authorities for the sanitation work, do not exist in practice. This ultimately forces them to work in insalubrious conditions causing serious health conditions.

The figures provided by SBA show the construction of over eight crore household toilets achieving their aim of a clean India. It isn’t the first time in history when the figures provided by the government and independent survey agencies have drastically differed from ground reality. Moreover, just constructing toilets is not addressing the sanitation issue holistically. Therefore, it is difficult to ascertain the true extent and impact of the 2013 law.

Even though the theory and practice of the law are on polar ends of the spectrum, the true spirit of the law exists in its effective implementation. The fact that there hasn’t been a single conviction yet for employing a manual scavenger highlights the lack of implementation of this law. The government must be proactive in changing this. Local officials like district collectors, police officials, municipal officials and other officers tasked with implementing the law must be trained to understand the law and how it should be implemented. The state must also be strict in taking action against individuals and organisations which employ manual scavengers without safety gear. Surveys conducted to identify manual scavengers and rehabilitation programmes designed for them, must be informed in partnership with the community as well as civil society organisations working with the community. All rehabilitation entitlements under the 2013 Act should be available to manual scavenging communities. Compensation for the families of those who die in the course of this work should be given immediately.

Most importantly, the state needs to acknowledge the role of caste and how it traps people in the practice of manual scavenging. Building a lot of toilets without proper sewage or mechanised disposal mechanisms will only lead to more stigmatisation, and more work for manual scavengers. Currently, the role of caste in cleaning and sanitation in India has been ignored by the state. If everyone has toilets, but only Dalits are supposed to clean them, then it’s just a Savarna Swachh Bharat.

The SBA will not be successful till it starts looking at the relation between caste and sanitation, and incorporates the same into the design of the intervention. Without that, it just remains a slogan, a jingle, simple hyperbole.

Shonottra Kumar and Sumeysh Srivastava are lawyers working at Nyaaya, an initiative of the Vidhi Centre for Legal Policy.