Rohit Golekar was accused of killing a 17-year-old Dalit boy in 2014. He is now one of the prime accused in the murder of a Pardhi man. 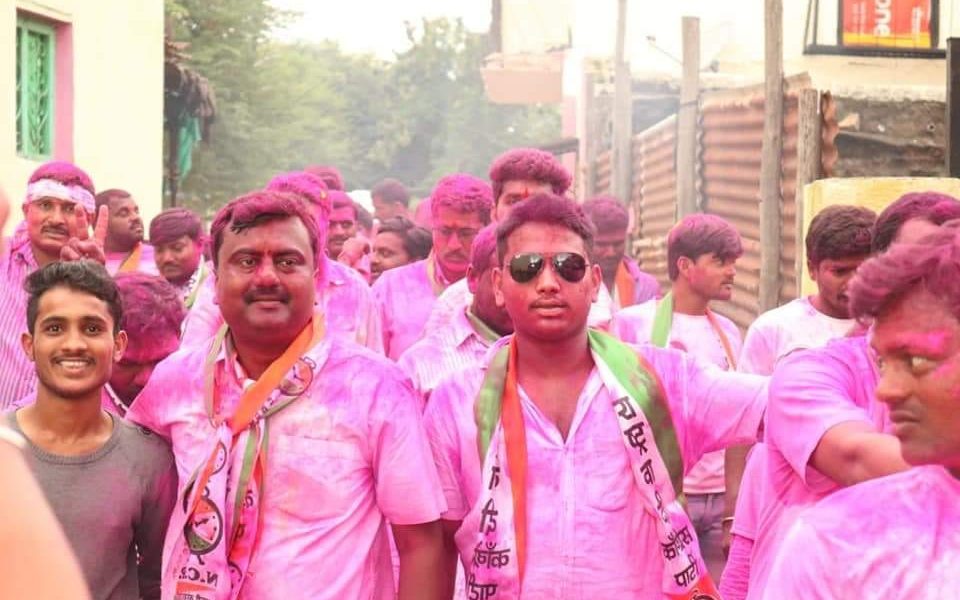 Mumbai: The familiar spectre of caste violence has once again reared its head in Kharda village of Jamkhed Taluka in western Maharashtra, where the same man who five years ago killed a Dalit minor for speaking to his Maratha classmate is now prime accused in the alleged murder of a 40-year-old from the Pardhi community over an alleged money dispute.

The latest victim, Balu Bajrang Pawar, a daily wage worker at a country liquor brewery in the village, had tried to stop an attack by the five men on a Pardhi settlement in the village, when he was allegedly pushed to the floor and his head was smashed with a floor tile.

In 2014, Kharda village in Ahmednagar was in the news after a 17-year-old Dalit boy, Nitin Aage, was killed for talking to a classmate from the Maratha community. The prime accused in Aage’s case, Rohit Golekar, is also a prime accused in Pawar’s killing.

Golekar was a juvenile in 2014, and was let off for want of evidence then. Now, he is 23 years old, and a local Nationalist Congress Party (NCP) activist, villagers have confirmed.

In Pawar’s case, the complainant and his relative Venubai Kale has claimed that she had loaned Rs 1 lakh to one of the accused, Sudhir Valaskar, around three or four years ago. Valaskar had promised to return the money around Diwali this year.

When Valaskar failed to do so, Kale along with Pawar’s two children, decided to visit his house. Here, Kale says, she was met with a lot of hostility by women in the Valaskar household and was threatened against visiting the place again.

According to Kale, the women abused her and then chased them away. On October 29, enraged that a Pardhi woman had an audacity to visit the Maratha side of the village to demand dues, a group of men, including Valaskar, Golekar, Yogesh Valaskar, Aakash Valaskar, and Gautam Tagade visited the slum in which Kale lived, on the outskirts of Kharda village and began to pelt stones at the houses.

“One stone went and hit Pawar’s young daughter, upon which he confronted the accused. The men, who were already enraged, caught hold of Pawar and beat him to death,” says senior rights activist Keshav Waghmare who had visited the village and is trying to help the family in getting justice.

Pawar’s family has accused the police of not registering their complaint in the immediate aftermath after the incident and having cowered down to the pressure of Marathas in the village.

“As soon as Pawar fell on the floor unconscious, the accused ran away. The villagers took Pawar to the nearby Jamkhed police station and demanded a FIR be registered in the case. The police, however, did not cooperate. Pawar was then taken to a local hospital where he died a day later. Only after the death did the police filed the FIR,” a villager told The Wire.

By then, two of the five accused, including Golekar, had managed to escape from the village.

Avatar Singh Chavan, police sub-inspector from Jamkhed Police, who is privy to the investigation, refuted the family’s claims and said they had registered the complaint as soon as it was brought to their notice. An FIR was registered under several sections of the Indian Penal Code including 302 for murder and several other sections of the Scheduled Castes and Scheduled Tribes (Prevention of Atrocities) Act.

Deputy superintendent of police Mandar Jawale, who has been appointed as an investigating officer in the matter confirmed that the police have managed to arrest only three persons in the case. When asked about Golekar and his antecedents, Jawale said that he would not be able to confirm them until the arrest was made.

Meanwhile, Dalit rights activists in Kharda had called for a day’s strike in the village as a mark of protest against police and the state government.

In 2014, when Aage was murdered, it had led to a statewide agitation seeking a fast track trial in the case. In all, nine people including Golekar were named as accused in the case.

According to the prosecution, Aage had been romantically involved with Golekar’s sister. The court, in 2017, however, let off all accused citing “failure of the prosecution”. According to the rights activists who had been working on the case, several witnesses were pressurised to turn hostile in the court. “The case was watered down and witnesses were pressurised,” alleged Dr. Sanjay Dabhade.

In Pawar’s case too, activists fear that similar tactics could be used, considering that the accused belong to the influential caste Hindu families in the village and are close to local political parties in the district.

Also, Dabhade says since the accused belong to a numerical minority community, Pardhi, who have no social or economical backing, it would be difficult for the families to fight the might of the Maratha community. “Attacks on the Pardhi community is a daily phenomenon but even the anti-caste movements fail to raise their issue seriously,” Dabhade added.

The Wire contacted recently elected MLA Rohit Pawar for his response over the villagers’ allegations that Golekar was being protected by local NCP activists. He said, “I have spoken to the police officials and instructed them to take strict action. Guilty people must not be spared at any cost. No one is allowed to take law in their hands. Safety and security of each and every individual is of utmost importance for us and such heinous crimes won’t be tolerated. Prima facie it looks like a case of personal vendetta. Law will take its course and whosoever is behind this won’t be spared.”

Western Maharashtra has witnessed some of the worst kinds of caste atrocities and in most cases, the accused have belonged to the landed Maratha community. Most districts in the region, particularly Ahmednagar, have been declared as “atrocity prone” because of the serious nature of caste violence unleashed on the Dalit and Adivasi communities here.

Note: This article was updated at 9:30 am on November 4 with Rohit Pawar’s response.