Nearly 400 Maratha households in Rohi Pimpalgaon village denied Dalits access to the market and shops for a week. This was lifted only after anti-caste organisations intervened. 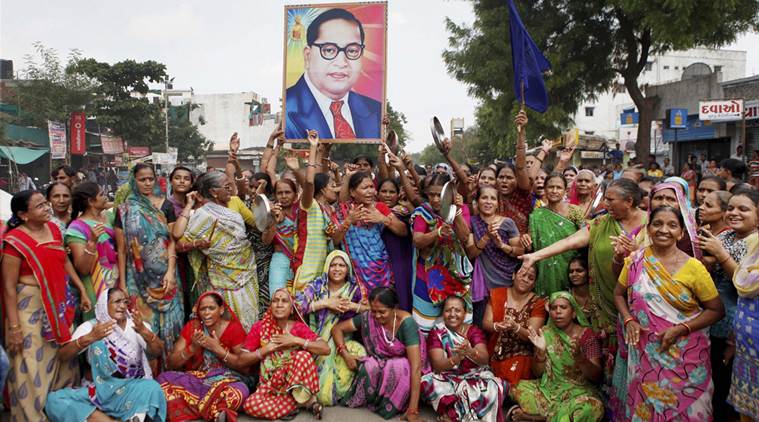 Mumbai: Over 30 Buddhist families in Rohi Pimpalgaon village in Modkhed taluka of Nanded district faced social boycott for close to a week for raising slogans in praise of Dr. B.R. Ambedkar in the village.

Over 400 Maratha families had allegedly, in a unanimous manner, denied the Dalit community access to the village local bazaar, grocery shops, chemists’ and milk cooperative for praising Ambedkar during the annual Ambedkar Jayanti celebration held on April 25. The situation was brought under control following pressure built on the district administration by several anti-caste organisations.

On April 25, as a part of the village celebrations, several youths – belonging to Dalit communities – had gathered to celebrate Ambedkar’s birth anniversary (Ambedkar was born on April 14). Following the celebration, as the villagers dispersed, a group of youth – all Buddhists – raised slogans praising Ambedkar.

Ambedkar’s birth anniversary is celebrated in the Bahujan community with much fanfare. But since the state has been under a partial lockdown because of the rapidly increasing number of COVID-19 cases, celebrations this time had either been cancelled or carried out on a much smaller scale across the state.

The mention of Ambedkar and his public reverence angered the Maratha community, says Karan Kelkar, an 18-year-old youth from Rohi Pimpalgaon. Two days later, on April 27, over 30 men – all allegedly belonging to the Maratha community – cornered Kelkar and senior citizen Ahilyabai, hurled casteist abuses at them and even slapped Kelkar. This, he says, was to teach him and the Dalit community a lesson.

“They could not fathom the fact that the community was asserting itself and celebrating their leader,” Kelkar says. The same day, Kelkar registered a first information report (FIR) against the alleged perpetrators. The Modkhed police station, which was reluctant to register the complaint, finally had to give in after the district Bhim Army’s unit intervened.

Sections under the Prevention of Atrocities (Scheduled Castes and Scheduled Tribes) Act and the Indian Penal Code have been invoked against three known and several unknown persons.

As a knee-jerk reaction to the FIR, the Maratha community reportedly decided to boycott the Dalit families, says Bhim Army leader Rahul Pradhan. “Along with the grocery stores, the ‘upper’ caste people also denied wooden logs for cremation between this period,” Pradhan added.

Rohi Pimpalgaon has a mixed population. Among them, over 400 houses belong to Marathas, over 30 houses to Buddhists, and several other Dalit and OBC communities also live here. The village administration, panchayat, and nearly all centres of localised power are under the control of Marathas in this village.

This is not the first time that the village has faced a social boycott. Villagers recall a similar incident that had occurred in 2001.

“That boycott had continued for months,” Pradhan recalls. It had taken the district administration’s intervention and pressure from the socio-political groups, like the All India Panther Sena and Bhim Army, to ensure the decision to boycott was withdrawn. No case had been registered against the Marathas for socially boycotting Dalit people then.

Marathwada has always remained a sensitive region. In the past year, particularly after the outbreak of COVID-19, several cases of caste-based atrocities had been registered against Marathas and other dominant caste Hindu groups in the region.

Nanded police superintendent Pramodkumar Shewale blamed the ongoing lockdown in the state for the social boycott in the village and said the situation was soon brought under control.

“As soon as the incident was brought to our notice, the district administration sent a team to the village. We ensured that the situation doesn’t escalate,” Shewale said. He further added: “It was not entirely a social boycott. Already most shops were shut in the village. And it was mistaken as a social boycott.”