Lucknow: Dalit Zomato Delivery Agent Spat At, Beaten Up by Customer Who Refused to Collect Order

The delivery agent in question belonged to the Pasi community, categorised as Dalit in parts of Uttar Pradesh. 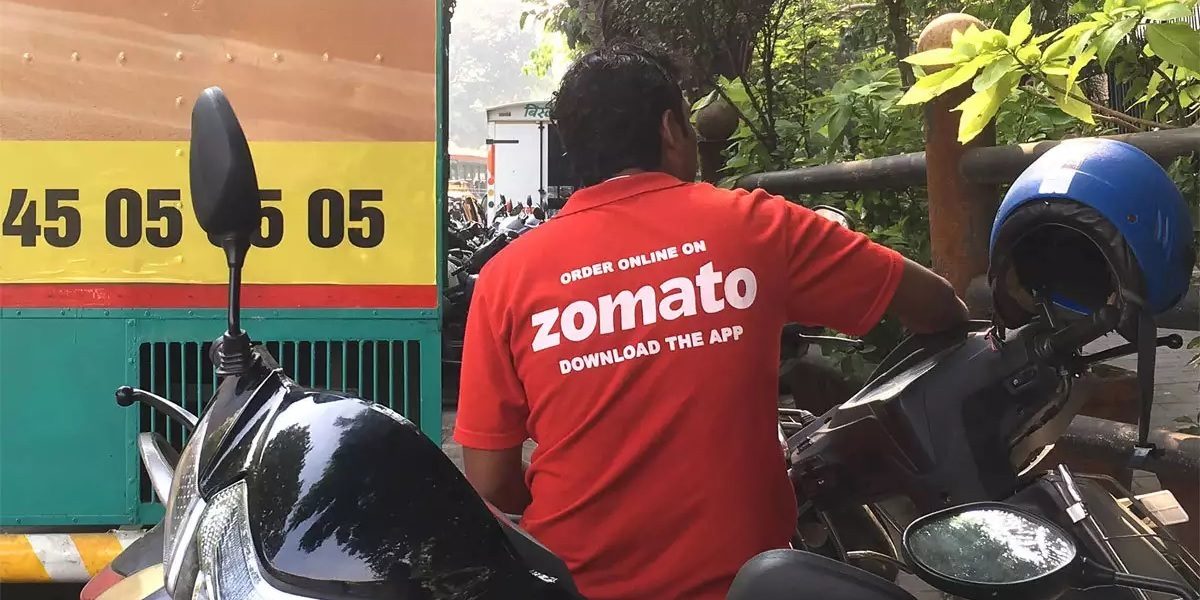 Lucknow: A customer allegedly spat in the face of a Zomato delivery agent and brutally beat him up in Lucknow’s Ashiana locality after refusing to collect his order from the agent who belonged to the Pasi community, categorised as Dalit in parts of Uttar Pradesh.

On June 18, Saturday evening, Vineet Kumar Rawat went to deliver a meal in Sector H of the Ashiana locality. After delivering 17 orders in a day, Rawat knocked on the door of Ajay Singh’s home to deliver a meal. But the residents of the home refused to take the meal from his hands as he belonged to a Scheduled Caste community.

Rawat recounts his ordeal in his complaint to police and in a video. According to him, a man who opened the door enquired about his name and caste. As Rawat tells him his name, he allegedly spits tobacco in his face.

“The door was opened by Ajay’s brother, Abhay Singh, who hurled casteist slurs on learning that I belong to a Scheduled Caste community,” recounts Rawat. “Abhay refused to take the order and said we would not take the meal from the hand of Pasi (Scheduled Caste).”

Rawat asked Ajay to cancel the order if they did not want it. He also resisted being spat and casteist slurs hurled at him. But soon some 10 to 12 unknown people came out of Ajay’s home and started beating Rawat.

Rawat says they allegedly thrashed him with sticks and rods.

In his statement, he says they struck him on the head with a stick, but he suffered no injury as he was wearing a helmet. In a viral video, Rawat showed bruises on his body. After beating him brutally, they also allegedly confiscated Rawat’s bike.

The local police came to the rescue of Rawat when he contacted the police control room. The local cops arrived on the spot and rescued the victim and helped him get back his bike from the possession of the accused.

Rawat has been working as a delivery boy for the past four years. He says, “I had never faced such an incident in the past.”

According to Rawat, he went to Ajay’s home to deliver an order number (4129487231), where he faced such brutality.

On the complaint of Rawat, the police have registered a first information report (FIR) against Abhay Singh and 10-12 unknown accused.

According to the police, a first information report (FIR) has been registered against the accused under the charges of the Scheduled Castes and Scheduled Tribes (Prevention of Atrocities Act), 1989 (Amendment 2015).

Based on the complaint, the police also invoked other sections of the Indian Penal Code, including Section 147 (the offence of rioting), Section 148 (rioting while armed with a deadly weapon), Section 323 (voluntarily causing hurt), and Section 504 (intentional insult with intent to provoke breach of the peace).

The police said the CCTV footage in the area was being scanned to trace the accused. Qasim Abidi, additional commissioner (East), told the media that a complaint had been registered against the accused.

According to Abidi, the incident took place on June 18 evening. “The accused allegedly hurled casteist remarks and spat in the face of Rawat. The police will take stringent action against the culprits, “ACP Abidi added.

It is to be noted here that Zomato faced a similar incident in the past, in 2019.

Also read: As Zomato Confronts Communal Bias, Liberal Stand Could Bring It Some Pain and Gain

On July 30, 2019, one of the Zomato users, Amit Shukla from Jabalpur, Madhya Pradesh, tweeted about an order he cancelled because the delivery executive was a “non-Hindu”. He also complained that Zomato had refused to change the executive and refund him his money.

We are proud of the idea of India – and the diversity of our esteemed customers and partners. We aren’t sorry to lose any business that comes in the way of our values. 🇮🇳 https://t.co/cgSIW2ow9B

Meanwhile, Dalit thinkers say in recent times, attacks on Dalits have increased due to acceptance earned by the Hindutva agenda.

Ram Kumar, a Dalit thinker and activist, told The Wire, “Attacks on us have been increasing since the Bharatiya Janata Party (BJP) came to power. The party and its ideologue, the Rashtriya Swayamsevak Sangh, see Ambedkar as a roadblock to the Hindu Rashtra. The Zomato agent’s incident is not new. Many such assaults are faced by Dalits in rural areas, but police register FIR in very few cases.”

Kumar further added that the government’s own data revealed the truth about the oppression of Dalits. According to him, the government informed parliament in 2001 that as many as 139,045 cases of atrocities against Dalits had been registered in different states. Between 2018 and 2020, Uttar Pradesh figured at the top with a total of 36,467 cases of crime against Scheduled Castes.