To Keep the Hindu Vote-Bank Intact, the Hunt for New Enemies Begins at Home

The foreign enemy has already been overdone. We need to invent new enemies. History or a certain version of it is to be flaunted to graze up our sore spot. 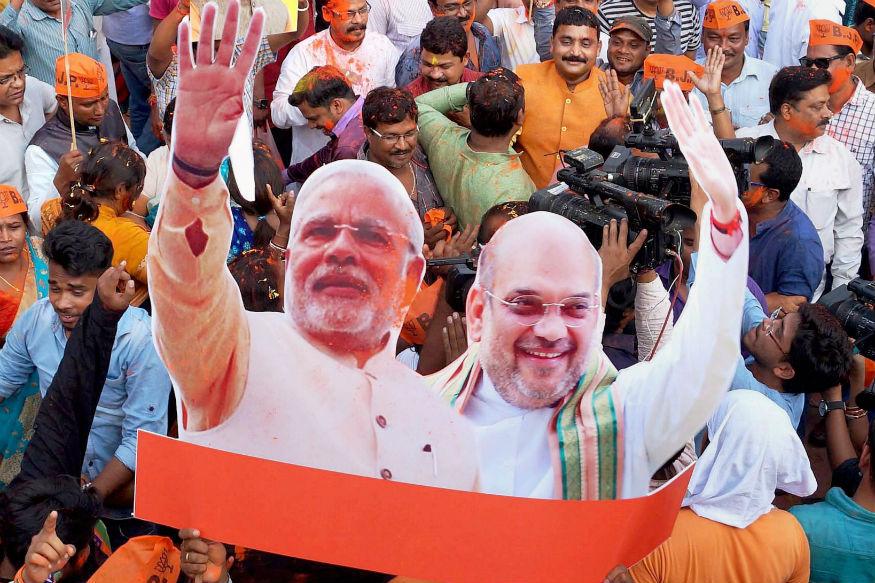 The Hindu vote-bank has to be constantly reminded of the dangers and threats from Muslims, at home and abroad. Credit: PTI

Since mid-October, our collective political energies have been consumed by a crowded poll schedule and governmental priorities and personnel stand seriously distracted by the coming Gujarat election. Indeed, we had barely finished with Himachal Pradesh early this month when we plunged headlong into the Gujarat battle. Next on the calendar is the Karnataka duel, then the skirmishes in Rajasthan, Chhattisgarh, Madhya Pradesh, and then, the mother of all battles, the 2019 Lok Sabha vote. Admittedly, electoral contests are central to a democratic arrangement and its legitimacy. Electoral victories garner a mandate for the winners to govern. So winning each and every electoral contest acquires an urgency and justification of its own; a victory at any cost becomes the only preoccupation.

It can be readily conceded that politicians have to get themselves elected before they can become administrators and statesmen or reformers or transformative leaders. Win by hook or crook and then proceed to govern in an enlightened and wise mode.

Yet, every electoral contest carries with it a moral hazard: will a palpably liberal exercise produce ill-liberal results? It is quite possible that instead of renewing the polity and its capacities for wholesome performance, the vote ends up taking a severe toll on democratic values, traditions and institutions. We are staring at such a disconcerting scenario.

Since 2014, the ruling establishment has adroitly helped itself to a political momentum by brilliantly crafting a narrative, filled with a number of enemies who needed to be tamed. Sometime China was assigned the enemy role; sometime it was Pakistan; sometime both were presented as acting inimically in tandem. Coping with the enemy was to be a national priority and a patriotic obligation. The citizens were to be goaded, persuaded, if need be, coerced into demonstratively standing up for Bharat Mata; they were to be periodically asked to prove their deshbhakti, by shouting Vande Mataram, standing up respectfully when the National Anthem was being played in cinema halls. Once in a while, those suspected of lacking in patriotism were roughed up; and even hauled up for sedition, like those naughty boys at JNU. And each such exercise was creatively used to reinforce a narrative of this or that enemy out to deny Mother India her tryst with glory and greatness. All those who had any legitimate reason to oppose the ruling establishment were dubbed anti-national, if not outright seditious.

All this worked rather well for a while. The Pakistani establishment, too, played its supporting role; there was Dinanagar, then Pathankot; Hafiz Saeed, in and out of jail; there were those stone-pelting mobs in the streets of Srinagar, ceasefire violations, cross-border terror incidents. Jingoism seemed just what the doctor had ordered. Then, we staged those enormously satisfying “surgical strikes”, and proceeded to encash them handsomely in the Uttar Pradesh assembly elections.

Also read: Too Many Dreams Dangled Before the Nation, Have Gujaratis Seen Through the Conjurer’s Trick?

Suddenly, the game was up. In came the disaster called demonetisation and the disruption named GST. The initial euphoria over decisive leadership evaporated and millions and millions took stock of their unabated misery, underemployment, unemployment and began asking questions about the delay in the arrival of the much-promised achhe din. What is worse, questions were asked about the ruling crowd’s competence and calibre to redeem us out of daily miseries. Social media is bubbling with grumbles and ridicules.

The secular vikas has come under contestation; for the first time, the so-called Gujarat Model of Development and its presumed achievements and accomplishments are being questioned. The rivals are asking for an explanation for the failures and half-successes.

What is to be done? How do we keep the majority angry, keep it on the boil, without coming across as “communalist”? To begin with, the Hindu vote-bank has to be constantly reminded of the dangers and threats from Muslims, at home and abroad. Even that endeavour is not easy to sustain. Triple talaq has been sorted out by the Supreme Court; the Muslims and their leaders are playing cool and have already made a tactical retreat into their ghettos.

The strategic question becomes: how to contain the incoming tide of disapproval and disenchantment? We need to invent new enemies. The foreign enemy has already been overdone. A re-think became necessary after Doklam, which did not quite produce the clear-cut outcome that could be kneaded into a victory narrative, or palmed off at the hustings. So, the hunt begins for enemies at home. History has to be enlisted.

We have to be inventive and innovative to keep the Hindu vote-bank intact. How to get us all stirred up? History or a certain version of it is to be flaunted to graze up our sore spot.

So, we find ourselves dragged by the scruff of our collective neck to smell the stench of historical prejudices and resentments. Anything that will stir up our visceral fears and prejudices would do: we will rename Dyal Singh College as Vande Mataram College. Oppose the move and run the risk of being painted black in the colours of deshdroh.

Or, in Karnataka, the next battleground, where a clever chief minister has instigated a Kanadiga sub-nationalism in opposition to the Hindutva’s unifying prescriptions of prejudices and passions; Tipu Sultan comes in handy. He is to be demonised as just a Muslim ruler who inflicted great injustices on the Hindus. 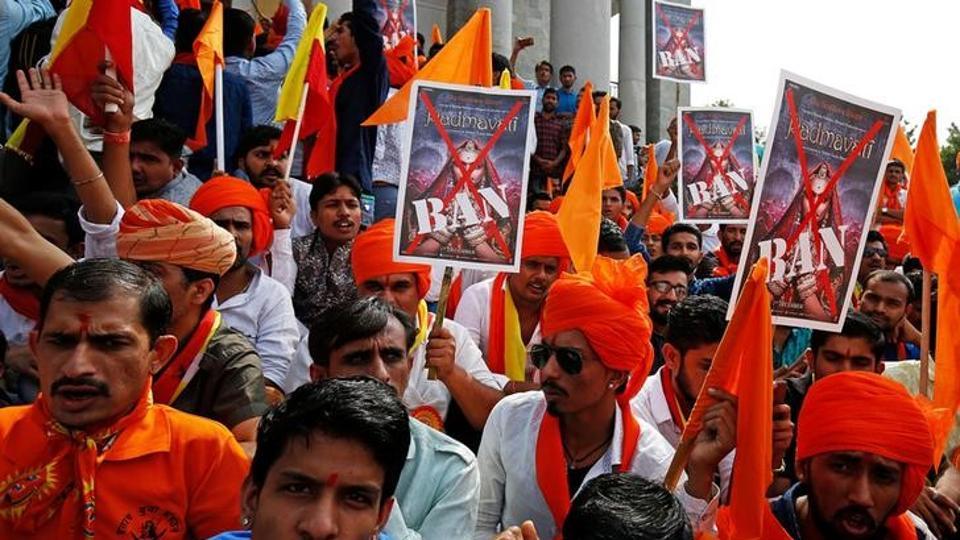 Demonstrators protest against the release of the upcoming Bollywood movie ‘Padmavati’ in Bengaluru on November 15. Credit: Reuters

The Padmavati controversy is not just an aria to the Rajput notions of chivalry; it is being fanned, perhaps even financed, to highlight the villainy of a wicked Muslim ruler towards a Rajput princess.

And, if all subtle doublespeak fails, Rahul Gandhi is to be compared with such medieval sultans as Alauddin Khilji and Aurangzeb.

Our ruling elites face a problem. The Hindu does not have the capacity for sustained emotional fervour or for open-ended hostility. In any case, the Hindu has been already drained out of his emotional capital these last three years. The Hindu may be tempted to ask the question as to how many jobs get created if Padmavati is banned. He also knows that Deepika Padukone is not a Pehlu Khan.

Short of a war-like situation, the Hindu is happy to return to the daily ritual of his karmic equanimity. He is at peace with himself and within himself. He does not feel the need to define himself in antagonism to some enemy figure. The Hindu has a positive, organic view of himself, his society and his country. This has been at the core of the Indian civilisational perseverance.