In Alwar, the 'Karwan-E-Mohabbat' Aims to Bring Back Sanity and Communal Harmony

The Karwan, a peaceful yatra promoting love and communal harmony can only travel with police protection, whereas vigilante mobs kill and lynch with impunity. 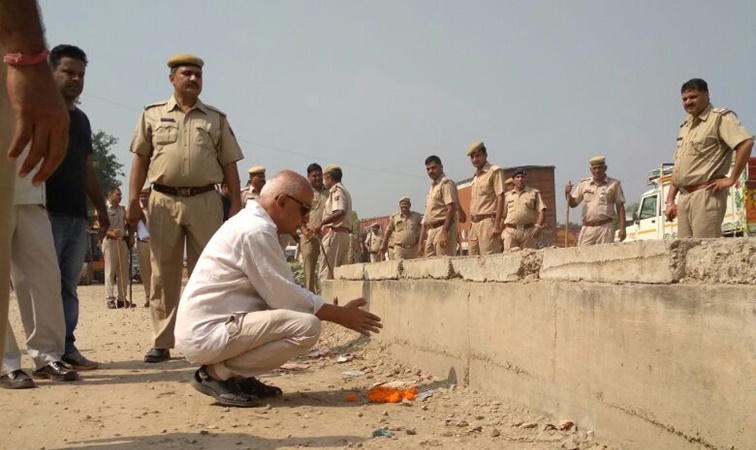 Most Indian headlines announced the travesty of justice that Pehlu Khan’s family had to deal with. His murderers were awarded a besmirched, bloodstained, bogus badge of innocence. The announcement hit the headlines just before Harsh Mander’s Karwan-e-Mohabbat, reached Behrur, Rajasthan, the spot where the hapless dairy farmer was brutally butchered by a vigilante mob posing as cow defenders. The karwan’s purpose is to spread the message that ‘India cares. Not all of us wish to kill, torture or lynch people not like us’. It strives to achieve this through a month-long yatra around India, stopping at spots where violence and murder were perpetrated, mostly with impunity, by hate-mongers.

Mander, perhaps because of his background as a senior civil servant, managed to ask the Alwar authorities some hard questions when the karwan stopped at Behrur. He issued a press statement:

The closure by the police of cases against men mentioned in Pehlu Khan’s dying declaration, they said, was a decision by the state CID, and they could not comment on it. But I told them that it was they, the local police who registered criminal cases against the victims of the lynching, dubbing them criminals, immediately after they had been brutalised by a hate mob. I said it is the duty of the police to defend both the victim and truth, but asked why they let them down so badly? They had no answer.

From my years of experience as a district officer, I knew that it would have been simple to prevent or disperse the small crowd of protestors armed with stones.

They have the constitutional right to protest.

A ray of hope lies in the fact that a group of locals came to greet the karwan with flowers and cups of steaming hot chai. They told the yatris, they too wished to stop the spread of hate in the state. At this critical juncture, the spontaneous speeches made by local Hindus, including the Hindu sarpanch, about the importance of fighting the politics of hate that currently divides Rajasthan, gave a lift to the yatri’s spirits. Tea and empathy was sorely needed in that fraught atmosphere. 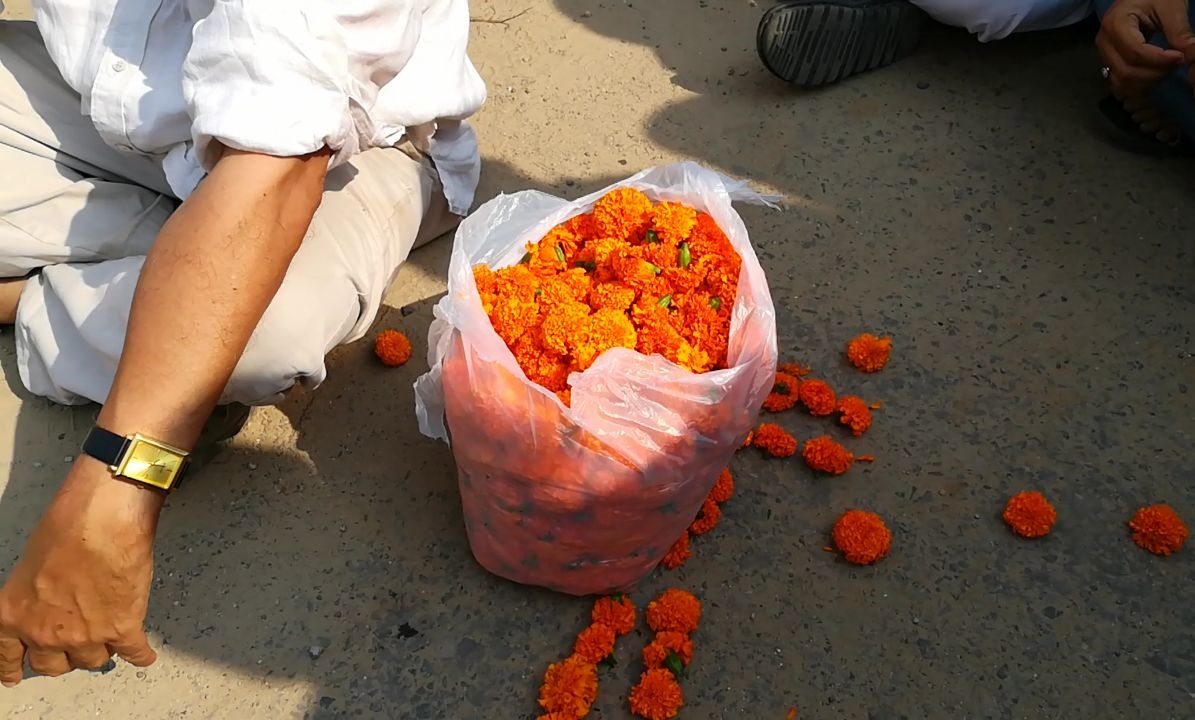 For insaniyat aur insaaf – in memory not just of Pehlu Khan, but of hundreds of others like him who have fallen to hate and violence across our land. Credit: KeM

The entire group of yatris decided emphatically that it was a moral imperative that the bus proceed to the now historic spot where Khan had been lynched.

The Alwar district administration as well as senior police officers begged Mander to skip the lynch-murder scenario fearing mob violence from the supporters of Khan’s murderers. But Mander’s years of authority as a senior civil servant prevailed. When the police blocked him from proceeding, he sat Gandhi-like in dharna and refused to budge. ‘You can arrest me’ he said quite simply. After a half-hour heated internal debate, they relented and allowed him to proceed.

Mander decided he did not wish to place the group in jeopardy, so he disembarked and walked the short distance to the murder spot alone, to place the flowers where the blood of Khan and his group had been spilt. He describes the short but historic walk:

With two fistfuls of marigold flowers, surrounded by a few police persons, I walked the couple of hundred yards to the spot where the ageing cattle trader Pehlu Khan had been cruelly lynched by a mob. It was a dirty nondescript stretch of a sidewalk. I knelt down there and said, ‘I am not a believer, so I cannot pray. But I believe in insaniyat aur insaaf– humanism and justice. Therefore, for humanism and justice, I place these flowers here. In memory not just of Pehlu Khan, but of hundreds of others like him who have fallen to hate and violence across our land’.

John Dayal at 70, sat in dharna beside Mander. He has been with the Karwan since day one in Assam. Braving pot holed roads and the tiring bus journey, he has fought for human rights for decades. At Behrur in Rajasthan, Dayal, who has never hesitated to speak up for other people’s human rights, sat next to Mander because he feels there is a moral obligation for every single Indian to fight this good fight on behalf of the victimised, the lynched and the murdered. “It’s crucial now,” he says, “the dice is loaded against Muslims in my country. This is my abiding impression. Sporadic violence has morphed into lynchings, to terrorise people and now into encounter killings.”

A few slippers were thrown at the karwan. Some stones followed in spite of the police barricade. The cops had to escort the bus. A group of policemen brought up the rear while another went ahead in a convoy. Mander reflects:

It’s a sad statement… that a peaceful yatra promoting peace, love and communal harmony can only travel with police protection. Whereas vigilante mobs kill and lynch with impunity.

As one who has been obsessed with communal politics since Gujarat 2002, it brought a lump to my throat. I remembered the 1969 moon landing, ‘one small step for man, but a giant leap for mankind’. It also brought back the words of one of my favourite songs, Rabindranath Tagore’s iconic ‘Ekla chalo re’. Badly paraphrased, because nothing can touch or translate adequately the original Bangla, “If no one responds to your call, then go your own way alone.” It was my biggest regret that I could not be physically present at Alwar. But I was there in spirit. And as the locals who brought tea and empathy to the karwan proved, India has an army of people, that enormous unsung, voiceless billion who do not want hatred to destroy us. All these Indians are with the karwan in spirit. May their good sense, their determination and their commitment prevail to bring back sanity to our nation.