While the young Samajwadi Party leader is dumping his 'modern outlook' and warming up to smaller caste parties in UP, the going may not be easy as the BJP has entrenched its roots deep among the OBCs and MBCs. 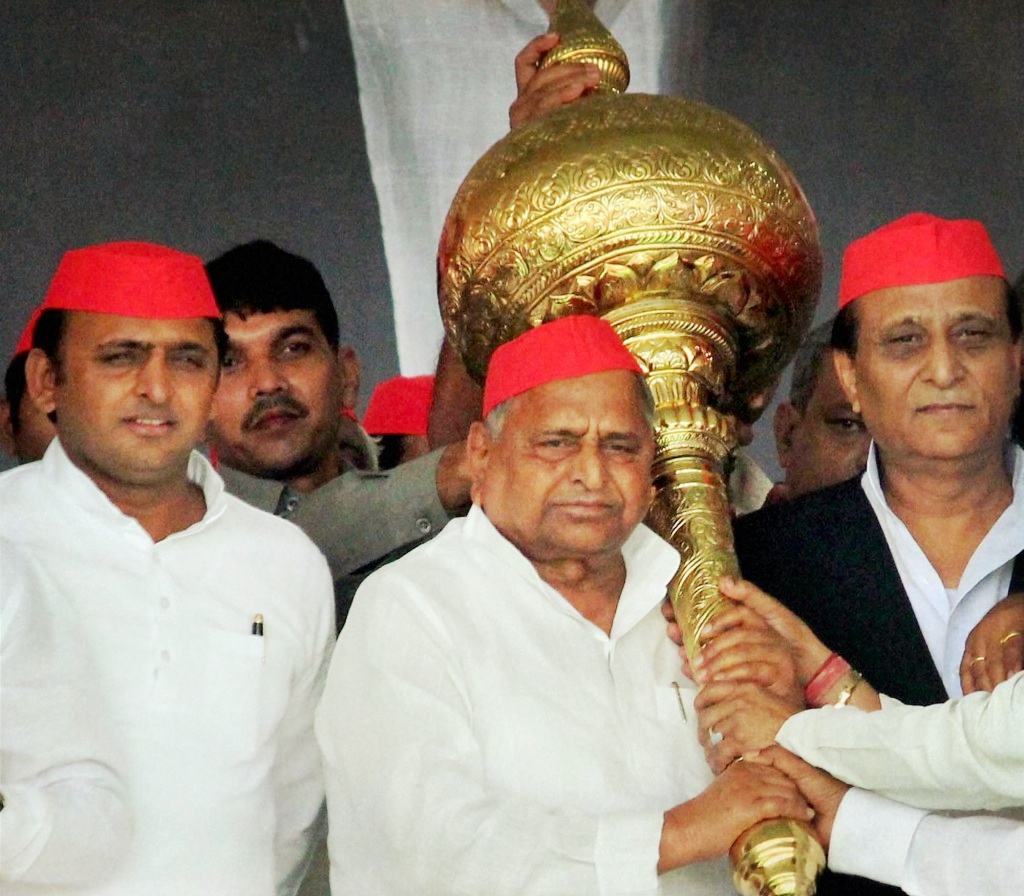 Fighting with his back to the wall after being electorally trounced by the Bharatiya Janata Party in Uttar Pradesh, Samajwadi Party president Akhilesh Yadav, in a bid to warm up to smaller parties, has announced that he will bring back the mortal remains of 12th century king Prithiviraj Chauhan from Afghanistan and erect his statues in the state.

While the former UP chief minister’s announcement, made during the Prithviraj Chauhan Sawabhiman Rally organised by the Chauhan community in Varanasi on Sunday, is being perceived as a soft Hindutva line being taken by SP to politically take on the BJP, this is nothing new in the state’s caste-ridden politics.

In his heydey, SP founder, three-time UP chief minister and Akhilesh Yadav’s father, Mulayam Singh Yadav, too, has played along deftly to reap political gains from the resurgence of caste-based identity in the Hindi heartland. However, in the past two elections, it is the BJP which has reaped a rich harvest, by sweeping two elections.

After facing a drubbing in the 2014 Lok Sabha polls and later losing power in the 2017 assembly polls, and with eyes on the 2019 Lok Sabha elections, Akhilesh Yadav’s latest announcement shows that he is open to coalitions with smaller outfits, such as the Janvadi Party (Socialist).

A small outfit, members of the JPS claim to be descendants of Prithviraj Chauhan. They claim they have the support of Chauhans, an OBC community. The party had contested five seats and got only 2,783 votes in the 2017 assembly polls.

This was the first rally of JPS which was attended by SP. Though Akhilesh Yadav was welcomed by SP workers, they were not allowed inside the rally ground and only flags and banners of JPS were seen at the Cutting College Ground. Perhaps, this was done as a show of strength by JPS.

Close on the heels of the Padmavat controversy, Akhilesh Yadav, too, harped on the valour of  the medieval king and narrated in great detail the history and bravery of Prithiviraj Chauhan. He announced that statues of Chauhan would be erected when SP comes to power. Besides lashing out at BJP, Akhilesh Yadav, without naming Mohammad Ghouri who fought with Chauhan, termed him as an invader. His focus, though, was on Jaichand, who betrayed Chauhan.

The SP leader even became nostalgic as he narrated that since he had represented Kannauj, he often used to pass through Sanyogita Marg, the one which Prithviraj Chauhan had taken when he left with his fiancée.

There are basically two reasons for SP’s latest stance. First, the practice advocated by Bahujan Samaj Party founder Kanshiram is being adopted by several leaders. Kanshiram had called for first awakening and mobilising one’s own caste and rallying them together, and then participating in electoral politics. There is nothing wrong in this approach but for the fact that UP is getting more divided between castes and sub-castes.

The Chauhans, who are often referred to as Lonia Chauhans in eastern UP, are present in nearly 19 Lok Sabha seats. Their number may not be much, but they could become a balancing factor, though JSP has failed to make any mark in the past several elections.

The second factor is that the SP president well understands that it will be very hard to face BJP single-handedly. The party’s bonhomie with Congress seems to be over. So, it is better to bring such parties closer that are on fringes, as their bargaining power would be limited to one or two seats. “We are open to association with other smaller outfits. We are in talks with anyone who is opposed to BJP’s ideology,” Sunil Singh Sajan MLC and SP’s spokesperson said.

Samajwadi Party founder Mulayam Singh Yadav being presented with a mace as Akhilesh Yadav looks on at a rally in Azamgarh in 2016. Credit: PTI

Will the model succeed?

The model of tying up with smaller parties has been in practice in UP for several decades. Earlier, Mulayam Singh used to pick and establish leaders from a particular community and keep them in his fold. Former MP, the late Phoolan Devi from the Nishad community, Beni Prasad Verma from the Kurmi community are some examples. The newer players, such as Union minister Anupriya Patel, minister in UP government Om Prakash Rajbhar, too, have  support in their respective communities.

What next for Akhilesh Yadav?

The SP leader has realised that unless battlelines are drawn between forward-backward, caste-sub castes, it will be difficult to handle the BJP’s might due to religious polarisation in the state.

So deeply is caste entrenched in UP politics, that Akhilesh Yadav, who once represented a modern outlook, has now added to his armoury, the link of caste. He no longer hesitates to term himself as a backward caste and advocates the cause of backward communities.

But, the going will not be easy for SP. During past five years, while SP was a reluctant warrior, the BJP has entrenched its roots deep among the OBCs and MBCs (most backward castes). Most caste stalwarts may stand with Akhilesh Yadav, but BJP has propped up a second line of leadership among these castes. Akhilesh Yadav, thus, needs to move ahead of these caste combinations, and refrain from offering sops to caste-based leaders.