There is some evidence to show that issues such as caste may have been overlooked or oversimplified while designing government programmes like Digital India. 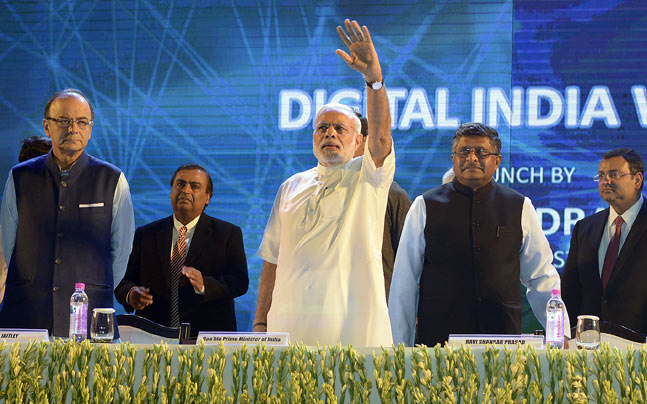 The Indian government has propelled two programmes – Digital India and the National Digital Literacy Mission – to facilitate the goal of a ‘digitally empowered society’. Credit: PTI

The Indian government has propelled two programmes – Digital India and the National Digital Literacy Mission – to facilitate the goal of a ‘digitally empowered society’, where the ‘digital divide’ is to be overcome with increased access to ICTs and the internet. The intentions behind these programmes arise from well-accepted notions that ICTs facilitate greater participation in the development process, especially in metropolitan regions such as Bangalore. Given that ICTs have pervaded life and work in urban India over the last 15 years, this optimistic outcome, especially for the urban poor, ought to have materialised. However, our ongoing research at Azim Premji University, on the complicated relationship between subaltern castes and ICTs in peri-urban Bangalore, holds reservations about this.

For over a year, our research has tried to understand the experience of ICTs – specifically mobile phones and mobile phone based internet – among Dalit communities around Electronics City, one of Bangalore’s major information technology hubs. We studied whether ICTs have been insufficiently harnessed by (or have simply bypassed) historically the most deprived of castes. 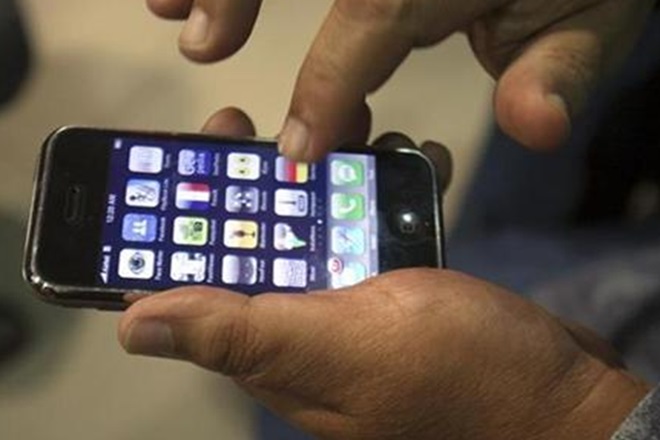 Nearly all who were interviewed reported that the primary use of mobile phone internet, used mainly by young people (under the age of 25), was for entertainment of various kinds. Credit: Reuters

There is indeed some evidence that mobile phones have helped in denting blatant caste-based socio-economic and political exclusion, and that they have greatly assisted activist groups among Dalits. However, on the ground, the prevalence of ICTs have actually ended up augmenting mostly the welfare of the already dominant and well-to-do castes in the region. Dalits, on the other hand and for the most part, have been largely excluded from this experience. One principal and well-recognised reason for this is that informal job markets – the norm in these regions – remain stained with subtle caste preferences and prejudices even today. Yet, there remain another interesting reasons, directly involving ICTs.

Though almost all Dalit households we surveyed in the colonies at Choodasandra (located between Electronics City and Sarjapur Road in south peri-urban Bangalore) have at least one or even two mobile (often touchscreen) phones per family, new job opportunities in the region that are accessible by phone-based internet are not in the native language. According to them, most of what is useful on the internet, for that matter the internet at large, is in English, hence, inaccessible.

A minuscule proportion (one or two individuals out of nearly 70 Dalit households we surveyed) have some grasp on English. Only these individuals were able to access and succeed in operating simple employment-related apps or a rudimentary job search on Google. In fact, only one young man beamed at us about how “easy” it was to use an online jobs app to get new jobs in the city or even around Electronics City. Searching for openings such as ‘electrician required’ via portals or apps that offer consumers these services online, does not call for high technical qualification and are hence quite popular among aspiring lower-middle and working class individuals in peri-urban Bangalore. However, the large majority among Dalits in the region are unable to access these, firstly due to language. Upon asking this young man why he didn’t teach his friends in the colony about these openings, he simply stated that apart from the fact that mobile internet may be unaffordable for them, for the most part, his friends here weren’t really interested and would much rather use the internet for entertainment.

Nearly all who were interviewed reported that the primary use of mobile phone internet, used mainly by young people (under the age of 25), was chiefly for entertainment of various kinds – easy access to film music, purchasing goods online, playing video-games, and accessing pornography. Our middle-aged respondents were usually livid when asked about how useful mobile phones actually were for the youth in this colony, given their agility in using the internet on it. Several of them provided us animated responses on how they didn’t have such opportunities when they were young many decades ago, but young men today misuse these opportunities for stalking women or sharing perverted content between themselves, instead of using it for, say, looking for some job openings in the city or for politicisation. The only ‘professional’ use that young people reportedly put the phone to was if they were employed with online taxi or autorickshaw services.

The reason for the middle-aged people to hold such sentiments about young people is that they perceive themselves to be the worst-affected in this regard. Even after operating mobile phones for over a decade, opportunities still remain inaccessible for the middle-aged. At most, they have been able to configure and set the phone to their native language, but the opportunities on the internet prevail in English. Their own personal social contacts are often in penury (like themselves), and access to social networks of more well-to-do groups are beyond their horizon because of existing but imperceptible caste prejudices in informal social networks. Formerly, personal interaction with dominant castes was strictly restricted or permitted only in a subordinate capacity. Today, however, useful and resourceful contacts through phones are exclusively shared only within these dominant groups, neatly excluding Dalits. Mobile phones, reportedly, have been useful in their jobs only for keeping in constant touch with their existing employer or for new assignments within the same job, but never to expand towards new jobs or scaling up the ladder within their expertise. Hence, they foresee remaining in their menial and unskilled informal jobs for the long-term. This has in many cases translated into their perception of the whole idea of mobile phone based internet as simply “unnecessary” or a “facilitator of perversion.” 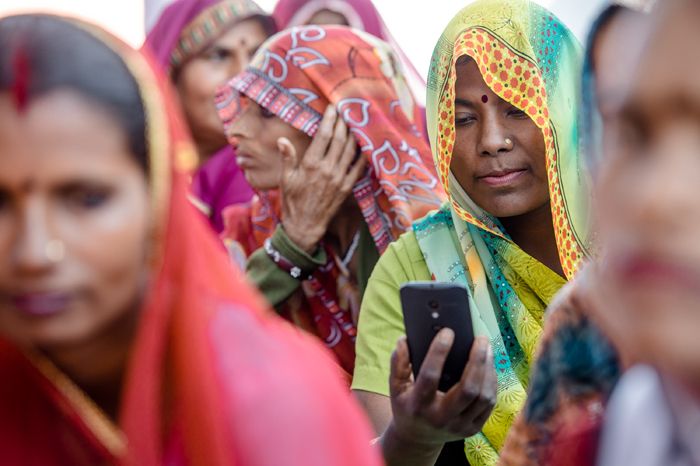 We often heard the statement “we don’t need internet” during our interviews with this cohort. Another statement that was often heard conveyed a fundamental sense of socio-historically rooted hopelessness – “society’s mind will remain backward….we’re an uneducated lot anyway…all this mobile phone and internet is not for us.” All this has very deep implications. Dalits, on average, exhibit a literacy rate much lower than the national average (which already isn’t very high), an abysmally low average monthly income, very marginal participation in organised employment and little land ownership. Stymied on various fronts such as these, a mobile phone ends up as nothing more than a social communication device to maintain informal contact with friends or extended family, or, for the younger cohort, as an entertainment device.

So even if one does not always have to outrightly declare one’s caste in a digital space (though evidence of this, too, exists), obstacles are galore while trying to employ ICTs to build better lives. The language of the internet, interpersonal social networks and valuable phone contacts, the affordability of mobile phone internet – all operate upon faintly perceptible but significantly strong enough caste biases.

The moral of the story is that state-led programmes and initiatives need to evaluate whether or not mere access is automatically translated into actual opportunity to facilitate upward socio-economic mobility. Apart from recent international policy recognition (very notably in the World Bank’s World Development Report 2016: Digital Dividends, which observes that maximising digital dividends in a society requires working with the analogue foundations of that society), there has generally been a policy oversight of the deceptively complicated relationship between technology and society in India.

Evidence in our research study shows that caste (still quite durable in urban metropolitan India) may have conveniently been overlooked or oversimplified while constructing ideas such as Digital India. The liaison between ICTs and disadvantaged castes is indeed very complex, and not as sleek or ‘liberating’ as policy and popular perceptions around technologies perceive it to be.

Anant Kamath teaches at the School of Development, Azim Premji University, Bangalore. Vinay Kumar is a postgraduate student at the University of Hyderabad.