Why Are There Still Such Few SCs, STs and OBCs at IIMs? 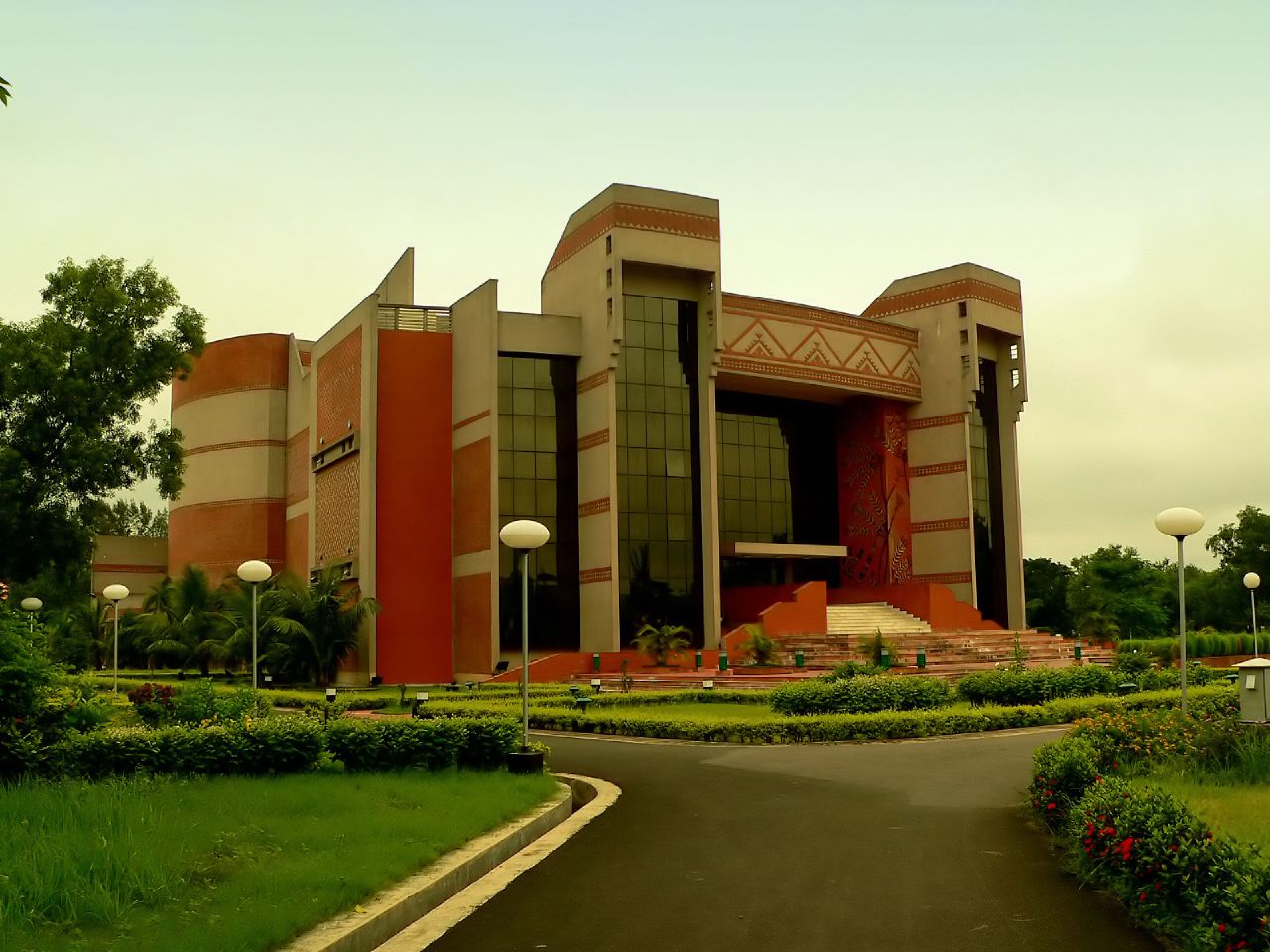 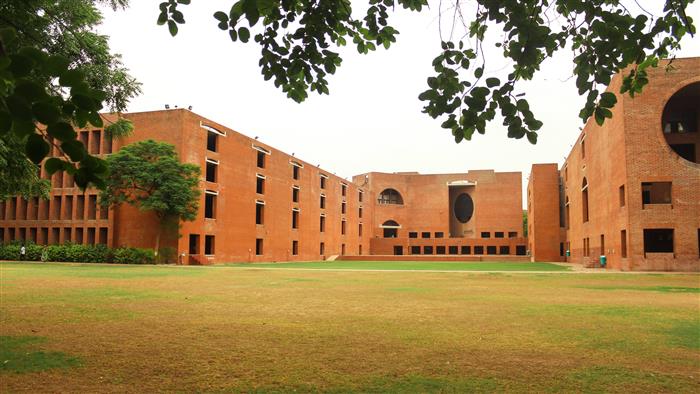 The Indian Institutes of Management (IIMs) suffer from an acute social diversity deficit in their faculty composition. New data that we have obtained since we first published faculty diversity data at IIM adds even more ballast to the arguments made at the time. Out of 642 faculty members covered by this data, only two are from the Scheduled Castes (SC) group, and only one from the Scheduled Tribes (ST) group (and only 13 belong to the Other Backward Classes or OBC group). As a public institution, this bleak picture severely undermines the legitimacy of IIMs. In this sequel, we chronicle over four decades of omissions and commissions including wilful (and often skilful) skirting of constitutional and statutory provisions that have contributed to what we term as the “missing scholars” phenomenon.

The table below records census-category social group data for faculty at IIMs where we were able to obtain such data. This table contains data for over 500 faculty members in all 13 IIMs that have a permanent faculty body, and is updated from a much smaller dataset published previously. Out of the 642 faculty members across these 13 IIMs, only four are from the SC group and a solitary faculty member is from the ST group. There are 17 faculty members belonging to the OBC category, documented in the table below as part of ‘others’.

This table potentially overstates the diversity deficit among faculty at IIMs for two reasons. First, IIM Ahmedabad (IIM-A) administratively classifies all its faculty members as belonging to the “others” category. Thus, any IIM-A faculty member belonging to SC or ST communities is also counted in the “others” category. Second, the source data at all IIMs is self-reported, and faculty members belonging to SC or ST groups might have chosen to mask their social group identity. Third, the table was constructed over a period of over 15 months as several IIMs initially refused to divulge data about the social composition of their faculty bodies. At an immediate empirical level, anecdotal evidence suggests that overcoming these three limitations in data will not result in any significant revision of the numbers presented. It is very unlikely that the social group composition at IIM-A is drastically different from those at other IIMs; or that there is massive underreporting of faculty belonging to SC and ST groups at IIMs other than IIM-A. At a more normative level, all these sources of data limitation point to the pernicious consequences of socially monochromatic faculty bodies.

These data limitations only strengthen the case for urgent ameliorative steps to improve social diversity at IIMs. If there is some negligible under-reporting of faculty belonging to SC or ST groups, it is because of the stigma of belonging to socially marginalised groups at elite institutions like IIMs. The IIMs, like all other public institutions in India, follow statutorily-mandated affirmative action in the form of reserved seats for applicants from historically marginalised social groups in their flagship MBA programme. At elite public institutions in India, the students from the so-called “reserved categories” are widely seen as trespassers, if not usurpers. In such a climate, a handful of faculty members from historically-marginalised sections might choose to keep their social group identity under wraps.

Limitations in the data reported above is also related to IIMs believing that collecting any social group data is akin to further deepening social fault lines. The IIMs have marshalled the social construction argument into an effective arsenal to defend against pressures for social inclusion and diversity. The duplicity inherent in their ambivalent commitment to the social construction argument is best seen in the contradictory responses to our Right to Information (RTI) requests. Thus, several institutes have a “policy” to preferentially recruit faculty from historically under-represented social groups but these very same institutes also have a “policy” to not ask for social group data, even on a voluntary basis.

Trapped in a matrix

The IIMs have often made the case that the biggest driver of the diversity deficit is the lack of a sufficiently-qualified faculty applicant pool from historically under-represented sections of the society. This betrays the fact that like all major research universities, IIMs are both producers and consumers of faculty talent. Data on the educational background of current faculty shows that nearly a third of all faculty at institutions in the table above received their doctoral training at these very institutes. The first doctoral programmes (called the FPM or the Fellow Programme in Management) at IIMs were inaugurated in 1971 and in more than four decades since, the six largest programmes at IIMs established in the 20th century have enrolled more than 1,300 doctoral scholars. As public institutions, IIMs are statutorily mandated to use reservations as an affirmative action tool in admissions to their doctoral programmes. What then explains IIMs’ inability to generate a large enough faculty applicant pool that is socially diverse?

Responses to our RTI requests indicate that one of the most common methods adopted by IIMs to circumvent affirmative action provisions has been to invoke what we term the “null matrix argument”. If there is no positive lower limit, or an upper limit on the number of students that are admitted into the doctoral programme each year, a social group quota-based affirmative action policy cannot be made operational.

It is nobody’s case that specialised doctoral programmes can, or should, have a fixed number of positions available in any given year. Doctoral admissions ought not to be caught up in a seat-matrix quagmire that afflicts under-graduate and post-graduate admissions in India. However, even a half-hearted recognition of social diversity and social inclusion as worthy goals would have inspired creative thinking from institutions that take great pride in referring to themselves by that public relations misnomer – “thought leaders”. Unfortunately, the thought leaders at IIMs have thus far, wilfully or otherwise, failed to apply their minds to questions of diversity or inclusion.

The skullduggery around affirmative action in the doctoral programmes at IIMs has often been justified on the grounds that some of the older institutions no longer receive any direct funding from the government. At an empirical level, this is a factually incorrect characterisation of the doctoral programmes at IIMs. Institutes at Ahmedabad, Kolkata and Bengaluru (the three oldest IIMs with the largest doctoral programmes) have all received significant direct government financial support for their doctoral programmes in recent years. The funding argument that IIMs invoke is somewhat of a self-fulfilling prophecy that sits well with institutions that have for a long time pioneered a wholly misconstrued notion of institutional autonomy. Autonomy for IIMs has largely meant a receding, if not complete secession, from a compact that underlies a public institution.

Given the nature of doctoral programmes at research institutions, it is indeed not possible, or even desirable, to use the formulaic quota-based reservation policy. Indeed, there is not a single world-class academic institution that uses numerical quota in recruiting doctoral students. However, in the last three decades or so, the best doctoral programmes around the world across academic disciplines including management have redoubled their commitment to social inclusion, and efforts to recruit a diverse doctoral student body. These efforts have pioneered a host of alternatives to numerical quota. The IIMs, however, have done precious little beyond offering well-rehearsed platitudes about their commitment to diversity; and even this “cheap talk”, devoid of any real commitment to diversity or inclusion, has often been a response to societal and state pressure.

Writing in the early 1990s, Nobel laureate economist Amartya Sen coined the influential term “missing women” to describe lower than biologically expected sex ratios as a result of son preference leading to sex-selective abortions, or female infanticide. The four-decade record of omissions and commissions at IIMs’ doctoral programmes is akin to cultural prejudices that leads to “missing women”. The deliberate circumvention of constitutional and statutory provisions by IIMs has led to what we term as “missing scholars”.

As reported in the table above, IIMs that have graduated a significant number of doctoral cohorts have cumulatively admitted over 1,300 doctoral scholars (as of the end of academic year 2016-17). A conservative lower bound on the number of ‘missing’ scholars is at least 270. We arrived at this estimate for ‘missing’ scholars that the IIMs have failed to produce by using a diversity deficit proportion of 20% (IIMs are obligated to meet the statutorily mandated 49.5% target). While IIMs do not collect social group data on doctoral programme applicants, anecdotal evidence suggests a diversity deficit among doctoral scholars at IIMs that is just as acute as the one we have reported for faculty. Our ‘missing’ scholar computation generously provides for nearly 30% of the doctoral scholars at IIMs as belonging to historically under-represented social groups (SC, ST or OBC).There are currently 208 faculty members across IIMs who received their doctoral training at one of the IIMs. This suggests that the quantum of ‘missing’ scholars represents at least 130% of total IIM-trained faculty members.

Given the enormous normative influence of IIMs, the consequences of ‘missing’ scholars reverberate beyond the hallowed portals of these institutions or even the broader academy. The normative structures of exclusion at IIMs that produce ‘missing’ scholars are also the ones that directly engender documented social exclusion in higher echelons of Indian management praxis.

The recently enacted IIM Act offers a window of opportunity to reverse decades of shameful neglect. Will the IIMs rise up to the occasion? The answer to this question will have far-reaching consequences beyond the tiny corner of higher education that these institutes occupy. Indeed, how (if) IIMs address the ‘missing’ scholars problem will serve as a guide to the future of the public university in India.

Note: The article erroneously said that the data pertains to ten IIMs; it has been corrected to reflect that is pertains to 13 IIMs.