To realise Ambedkar's vision of a 'new India' devoid of caste hierarchies and untouchability, Shudras need to realise how their fellow productive Shudras, the Dalits, were separated from them and that, through this division, the Dwijas' control over both became tighter. 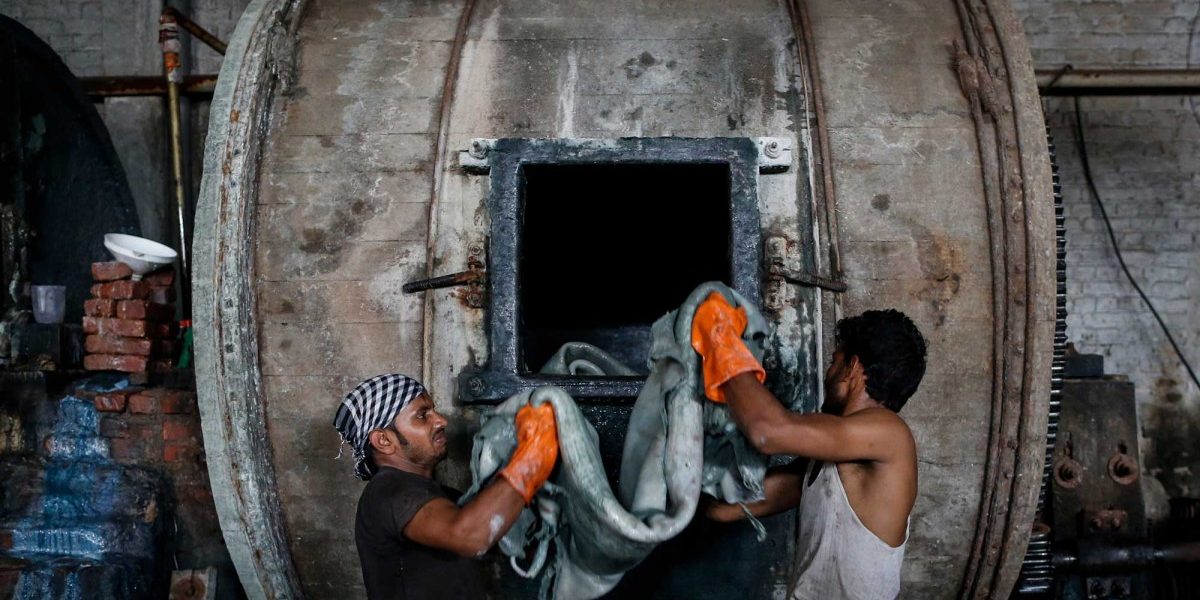 Dalits are historically Shudras. They were part of the Harappans who built the pre-Aryan agrarian and urban civilisation by 3000 BCE. But in our times – despite the fact that we live in a modern constitutional democracy – it is not just Dwijas (i.e. the so-called ‘twice born’ or ‘upper’ castes) but Shudras too who treat them as untouchable.

There is no social cohesion among Indians in spite of the fact that our great democratic constitution was given to us by Dr B.R Ambedkar, himself born an ‘untouchable’. He later liberated himself and engendered the idea of a ‘new India’ where there should no caste or untouchability. For this to be achieved, Shudras need to realise how their fellow productive Shudras, the Dalits, were separated from them and that, through this division, the Dwijas’ control over both became tighter.

Dalits were separated from Shudras and made an untouchable section of the Shudra varna. At play was a  negative spiritual ideology which was/is more a superstition. In contemporary India, Shudras constitute 52% of the population and Dalits, as per the 2011 census, constitute 16.6%. Dalits are greater in number than Brahmins, Banias, Kayasthas, Khatris and Kshatriyas (who account for about 5% of the population), and are akin to modern untouchable slaves.

As per the 2011 census, Hindus account for 79.8% of India’s population. The exact proportions of Shudra/OBCs and Dwijas will only be made clear when a caste-wise census is undertaken at some stage in the future; as of now, the numbers are hazy. But one thing is certain: caste contradictions pose a serious developmental issue for India since caste has played a very negative role throughout known Indian history.

The social disease of untouchability, it appears, was not present in early Vedic Brahmanism as the Rigveda does not mention untouchables by name, instead calling it the ‘fifth varna’. The Shudra varna was the lowest of the four ‘major’ varnas and was assigned the duty of working hard in all the productive domains that would serve the three varnas above it in the hierarchy – the Vaisya, Kshatriya and Brahmin varnas. Its status was that of a slave. At that stage, there could not have been a lower social strata than that. This only serves to show that the present population of Dalits were part of the Shudra varna for a long time in ancient India.

It may be that once Brahminsm declared leather and leather-related instruments untouchable, the section of Shudras who specialised in leather were declared untouchable too. During the Vedic period, though the economy was called pastoral, we can assume that leather goods were part of economic life; evidence for this comes from our present Adivasi society, which is very similar to the Vedic pastoral society.

Even in our own time, the Adivasi community’s deep forest village economies have developed work specialisations. A section of their society has the specialised role of transforming animal skin into leather and to turn that leather into bags, ropes and other leather instruments and essential commodities. All Adivasi adults cannot handle this specialised task of making leather instruments. Many Adivasi villages use leather instruments which are prepared within their own community from the skins of the animals they hunt and also from their own domesticated cattle after they are dead. 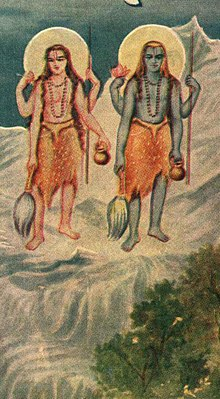 In virtually all ancient histories, certain tribes covered their bodies with leather. The Adivasi God Shiva, who was later included in the Brahmin-Kshatriya pantheon, always, though semi-naked, appears clad in leather with a snake around his neck. But leather specialists are not considered untouchable among the rest of the Adivasi community; they are part of the community like everyone else. This is a universal process of the growth of the human societies. But Brahminsm in India introduced the new principle of human untouchability, which is, in some ways, worse than even slavery.

Leather as a marker of untouchability

All over modern India, the leather industry is an almost exclusively Dalit industry. Leather work is talked about as a marker of untouchability between Shudras and Dalits in India’s villages. Of course, Muslim converts from after when Islam came to India, lacking a clear caste identity, also work in the leather industry. The Dwijas and Shudras/OBCs no longer work in the industry. All leather instruments like ropes, bags, slippers, shoes, belts and so on are all produced by Dalits.

At what stage the leather-related artisanal occupations was made untouchable is not known. But presumably that practice came into being with the intervention of Brahminism, through the ritual segregation of the labour process. They also treated production-related agricultural work as ‘pollution’, since it was being done by Shudras. Thus, the division between Shudras and Dalits with the added kicker of human untouchability, above and beyond the Shudra-Dwija division on the basis of caste, is a Brahmin invention which has now made its way deep into the Indian psyche. 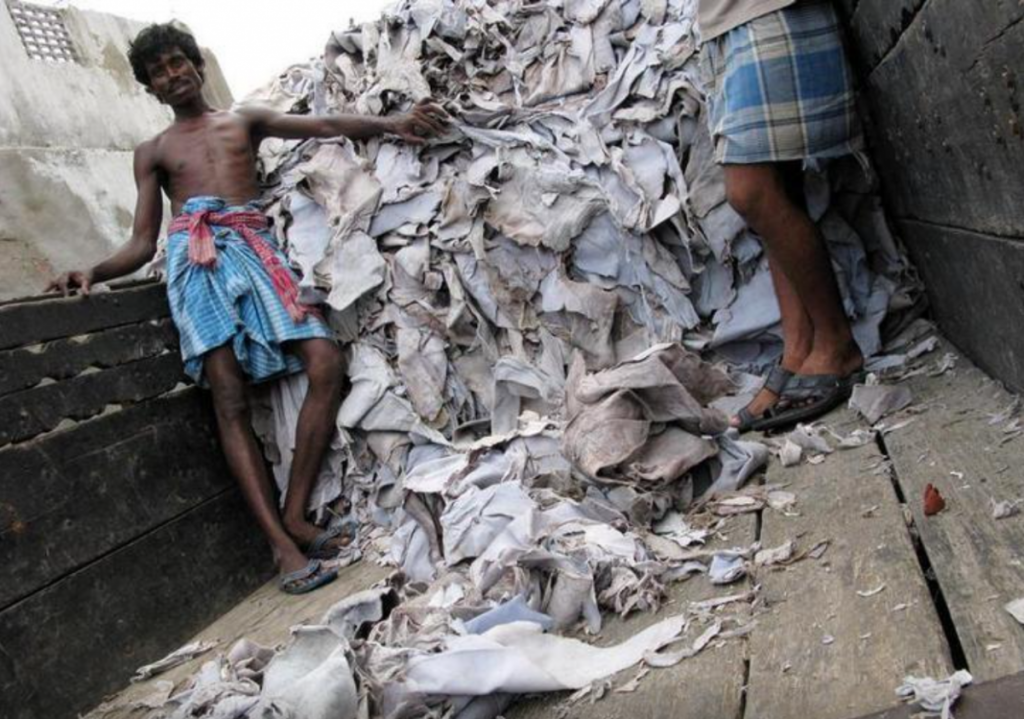 Historically, this idea of human untouchability took root through several layers of brainwashing, leading to the practicing of Brahminical superstitions among Shudras. This inculcation took place over a period of hudreds of years of Brahminic ritualism, more as a superstition than a religious practice. Brahminism is, essentially, superstition, not religion.

Also read: Why We Need Historical Evidence About the Origin of Untouchability

The RSS/BJP networks that function with Brahminsm as their parampara or tradition have no intention of abolishing  untouchability. The solution to this problem should come from a combination of Dalit and Shudra philosophers who could carefully study the Indian history of production. Even today, Dwija forces are outside production; one may even say that they are anti-production by evolution and training. Positive egalitarian principles cannot come from those who have no roots in production and struggle with nature. Our relationship with nature is shaped through our day-to-engagement with nature itself.

The touchable-untouchable dichotomy should not be an everlasting human relationship. If we start working for the abolition of such inhuman relations, they will disappear from this land.

In the early Vedic period, Shudras, being in the majority, must have divided themselves into several occupational specialisations, simply due to varying human interests. Interests and specialisations form in any society that is collectively operating and struggling with nature, so as to use it in different modes for their survival. Work specialisations develop even in pastoral or tribal economies.

Until perhaps the Brahmin priestly forces declared leather work as being more impure than cattle rearing and when Brahmins were themselves engaged in early agricultural work in the pastoral economy, the entire Shudra community would have lived as one cohesive unit, albeit subordinatte to the Dwija forces. The Brahminic books – Vedas, Upanishads and also the epics – do not tell the story of different occupations and their production related activities. They are completely silent on animal and agrarian production systems altogether.

The Shudras, who were the main food producers, do not find much place in the Vedas or in epics like the Ramayana and Mahabharata, except in a very marginal way. Dalit life stories do not figure in those textual narratives either. They mainly deal with their gods, Brahmin rishis, Kshatriya kings, wars, yagyas and yaga kratus. The production and distribution of goods and commodities, where the Shudras and Dalits operated, do not figure in their narratives.

There is no divine solution to the problem of caste and untouchability provided in any Brahminic book. Generally, religious books seek to provide solutions to all problems, suggesting various ways through divine means. The Rigveda created a problem of social division which later led to graded caste inequalities and human untouchability, but it did not provide a solution. In other words, Shudras and Dalits are made to believe in books wherein they do not exist, except to tell them that they were/are unworthy of being treated like human beings.

The RSS/BJP are now telling the Shudra/Dalit masses, as part of their political propaganda, that they must treat the Vedas, Upanishads and epics as their own books and the ancient book-based civilisation and parampara contained within those books as theirs too. Their children are being forced to read them as part of their studies all through school, college and university.

If a spiritual book does not show any solution to the problems that it itself has created, then society suffers, just as Indian society has suffered for millennia. No other spiritual book in the world created a structure like caste and untouchability in India and put a people through such huge loss and suffering.

The common problem that all Shudras/Dalits and Adivasis face today is that they are being forced to accept as their own what is not their own; they are all now even called Hindu without any evidence to show that they are part of the Dwija history.

Writing on leather scrolls was avoided

Of all tasks, people’s involvement in leather work was a key issue in institutionalising human untouchability. Though leather has played a key part in the history of human development the world over,  Brahminic writers treated leather as untouchable to such an extent that they did not even write any of their books on the leather scrolls, instead choosing to write on palm leaves called talapatras. The Vedas, for a long time were only orally recited. Only around the 2nd or 3rd century  BCE were they written on talapatras (Veda and Torah: Transcending the Textuality of Scripture by Barbara A. Holdrege). Obviously, the talapatara as an ancient instrument for writing cannot be compared to the leather scroll, which was used by all great writers of the ancient world such as for the Bible, Greek philosophy and early philosophical books of Egypt. Chinese thinkers like Confucius and others also wrote on leather scrolls. Taoism as a Chinese religion came into existence based on books written on scrolls. No other country used talapatra as a writing medium.

The disadvantage of writing on talapatras was that they were far less durable than leather scrolls; preserving them is very very difficult. The scroll was the best writing template when there was no printing paper around. Books lasted longer if written on scrolls whereas many written on talapatras were lost.

Brahmin writers chose talapatras because leather was defined as spiritually untouchable. If only Shudras and Dalits were allowed to read and write, perhaps they would have used leather scrolls in ancient times for their writing. But gradually, the disease of untouchability around the leather industry that Brahmin thinkers and writers practiced was extended to Shudras by invoking the spiritual authority of Brahminic divinity.

Campaigning about divinity that promotes human equality helps the process of economic development. But imposing the ideology of divinity that promotes human inequality also destroys the productive abilities of the people. This is what exactly happened in India. Not only Dalits but, even  Shudras fell victim to the spiritual ideology of Brahmanism. As a result, the productive forces of India were so weakened that even if external forces had not intervened, India would still have turned out a very backward country.

Kancha Ilaiah Shepherd is a political theorist, social activist and author. His books God As Political Philosopher, Buffalo Nationalism and Post-Hindu India have dealt with the philosophy of spiritual democracy in detail.