Links Between Caste and Political Corruption Aren't Based on Concrete Evidence

The belief that there is a higher probability of lower caste leaders acquiring disproportionate assets is more likely a myth than a reality.

People attend a protest rally against what they say are attacks on India's low-caste Dalit community in Ahmedabad, India, July 31, 2016. REUTERS/Amit Dave 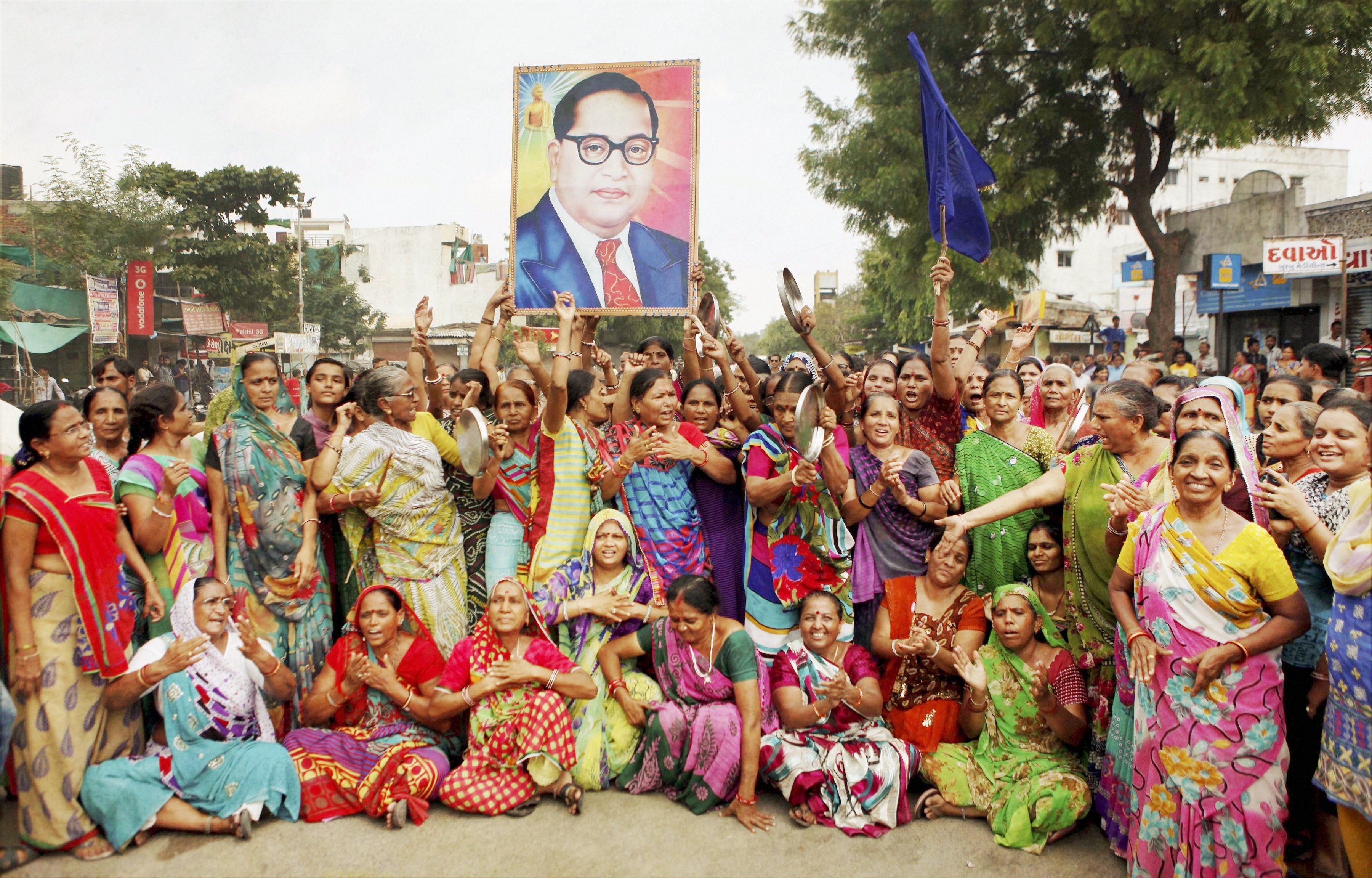 Women members of the Dalit community carry a portrait of B.R. Ambedkar as they block the traffic during a protest in Ahmedabad. Credit: PTI

Is there a caste angle to corruption, wondered senior journalist Shekhar Gupta recently, citing a series of instances where high-profile legislators or politicians, predominantly from lower-ranked caste groups (Scheduled Castes or Tribes, or Other Backward Classes), were convicted on corruption charges. This deliberately provocative piece asks what these convictions signal – whether lower-caste politicians are more likely to be corrupt, or more likely to be caught, compared to upper-caste politicians whose social position allows them to go scot-free with impunity for equal or more serious crimes. Ashis Nandy, the well-known political psychologist, unleashed a virtual tornado a few years back by claiming that it is the former – that SC-ST politicians are more likely to be corrupt – and suggested that this fact makes the polity more democratic.

Both these opinions are based on casual empiricism on the part of their authors. Given that the only instances of publicly-known corruption of politicians would be those that result in convictions, the question of whether lower caste politicians are more corrupt, or get convicted more often, will remain up in the air. The widespread mainstream imagination will most likely confirm its prior belief that they are more corrupt and bemoan another instance of the worsening of public culture due to the rise of lower castes in politics.

This is a good time to pause and see if there is any systematic evidence that allows us to assess the performance of politicians, both inside and outside houses to which they are elected. Have there been serious academic studies that compare SC politicians with upper caste politicians? Marc Galanter, assessing the changing perceptions about the performance of SC politicians over the 1960s and ‘70s, found that perceptions had become more favourable over the two decades, in that SC MLAs were increasingly viewed as ‘effective’ and ‘articulate’ inside assemblies.

This is not just a matter of perception. If SC MLAs are systematically ineffective (or less effective than their upper caste counterparts) either inside assemblies or outside, it will show up in an objective assessment. However, this appraisal would need to be rigorous and not based on casual empiricism or anecdotal evidence. A recent book by Francesca R. Jensenius does precisely that. The author uses publicly-available data (combining detailed data from the 1971-2001 censuses of India on both reserved and non-reserved constituencies), and a clever empirical strategy to produce a nuanced, in-depth and solid treatise on the effect of electoral quotas at the constituency level over three decades. What adds value to her work is the fact that she supplements her study with more than 100 in-depth interviews with Indian politicians, civil servants, activists and voters from four Indian states (Delhi, Himachal Pradesh, Uttar Pradesh and Karnataka) as a part of her qualitative fieldwork in order to understand the mechanisms that produce the results that her data reveal. 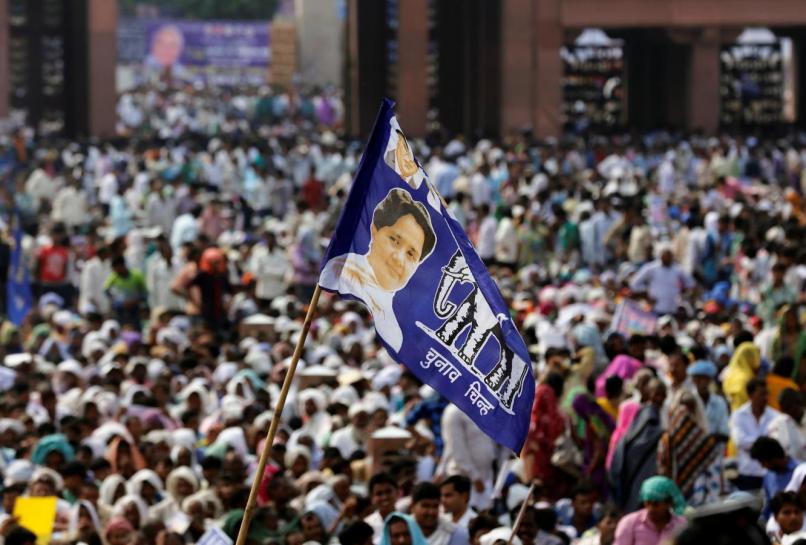 She examines both – changes in the overall level of development, as well as the distribution of resources between SCs and others – in each constituency. Her dataset includes estimates of development indicators for more than 3,100 state assembly constituencies from the 15 largest Indian states between 1971 and 2001, making it possible to examine development patterns in reserved and general constituencies over a 30-year period.

She finds no negative developmental effects of electoral quotas, i.e. development indicators are no worse in reserved constituencies, compared to non-reserved constituencies, controlling for other factors. Additionally, there have been several positive outcomes as a result of quotas, going beyond standard development indicators. She finds that quotas have contributed to breaking social boundaries by bringing a marginalised and stigmatised community into positions of power – a group that most likely would have been elected in smaller numbers had it not been for these quotas. This has also contributed to a reduction in caste-based discrimination in reserved constituencies.

Where is corruption in this picture? We don’t know and, most likely, will never know. Given that corruption, both petty and big-ticket, is all-pervasive in the entire country, it would be difficult to empirically sustain the case that it is predominantly due to lower castes. Also, what is missing in the popular discussion on corruption is the other side of the picture. If politicians are caught with ‘assets disproportionate to their known sources of income’, it is because some deep pockets finance them in return for all kinds of favours. Just as bribe-takers are corrupt, bribe-givers are corrupt too. And, we know for a fact, that SCs are seriously under-represented among the deep pockets, the rich and the elite.

This is not to suggest that mainstream opinion will wake up one day and realise that its preconceptions about SC politicians being more corrupt lack empirical validity and offer mea culpa. The point simply is that the belief about greater lower caste culpability in acquiring disproportionate assets is more likely a myth than a reality. This is analogous to the myth about the decline in “merit” or “efficiency” as a result of affirmative action, which persists despite lack of empirical evidence, because it feeds neatly into the public antipathy towards any policy of compensatory discrimination.

To the extent corruption lowers the quality of development, if SC politicians were indeed more corrupt, we should have seen some manifestation in development indicators in their constituencies. But factors affecting development are unrelated to whether the elected representatives are SC or upper caste. While the development indicators in reserved constituencies have been no worse, reservations, which have resulted in a substantial group of elected politicians from the so-called lower castes, have produced a range of other positive benefits outside the narrow prism of development. This can lead to one of two conclusions: either that far from lowering the quality of public culture, the presence of lower caste politicians has actually infused it with critical missing elements, vital to the strengthening of democracy. Or, if we do find a worsening, the caste of elected representatives has nothing to do with it.

Ashwini Deshpande is a professor of economics at the University of Delhi.