Once a ‘silent evil’ in the state, casteism is now so openly prevalent that the people of both rural and multicultural urban areas feel the oppression. 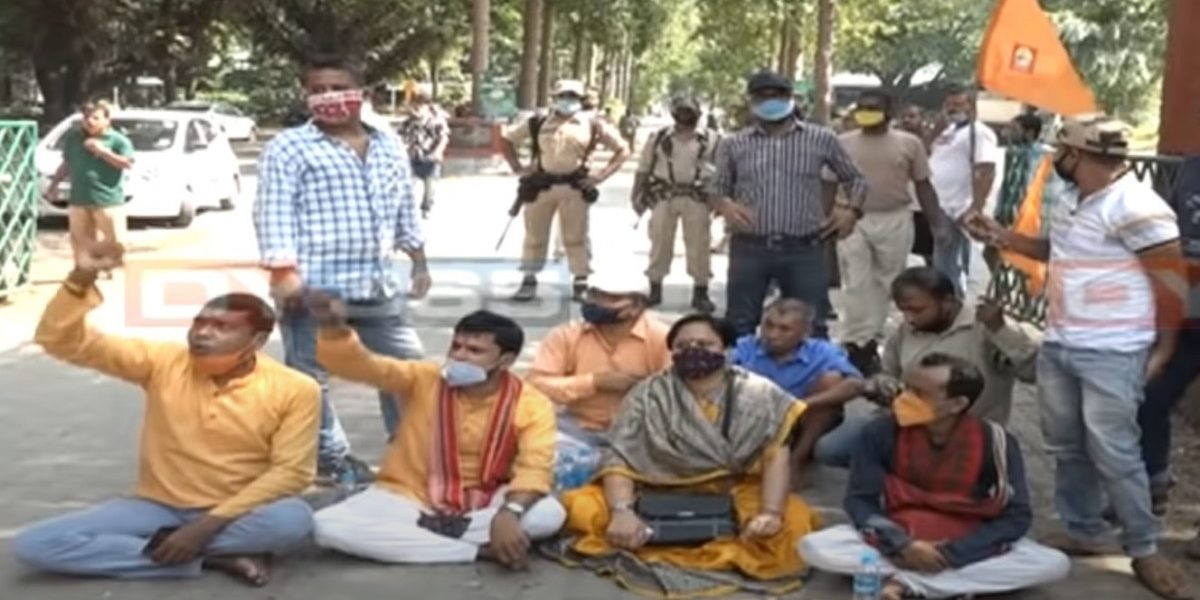 Activists stop a vehicle that was carrying beef to big cats in the Guwahati zoo. Photo: YouTube/DY365 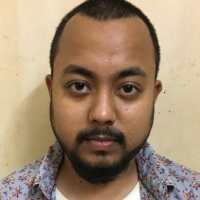 Ahead of the legislative assembly elections in 2021, the people of Assam have once again found themselves in a situation of beef politics raised by right-wing extremist forces. This time it is not about the consumption of beef by humans alone, but tigers and other big cats in the Assam State Zoo. On October 12, Hindutva extremists staged a demonstration outside the Assam State Zoo, demanding a ban on feeding beef to the big cats. A mob of around 30 people tried to prevent a van carrying beef from entering the zoo.

This demonstration came after Satya Ranjan Borah, a self-styled Hindu leader, also a former state Bharatiya Janata Yuva Morcha secretary, had said in a press meet on October 11 that the zoo authorities and the state government should be ready to face consequences if feeding beef to zoo animals was not stopped. The state administration did not react to Borah’s comments, even when he made several derogatory remarks about the Muslim community at the same press meet. 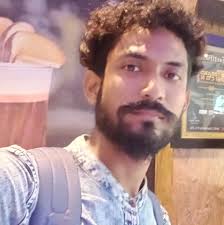 This religiously motivated incident was the last straw for several individuals concerned about the rising place of caste in society and the open pursuit of a Brahminical agenda. In a striking mark of protest, theatre artist Prasujya Pran Nath publicly embraced Buddhism, while denouncing Hinduism and its regressive caste system. He also spoke up about his consumption of beef. Since then, he and his family have been receiving death threats from Hindutva forces.

Similarly, well-known physician Dr Anil Kumar Bhagawati and all his family embraced Roman Catholicism through a court affidavit. Bhagawati said that about 100 families from Jalukbari, Guwahati, would soon do the same.

In another incident, popular Assamese writer Sikha Sarma received rape threats on social media after she proclaimed that Ram was a mythical character, not a god. She has been fearlessly speaking against the Islamophobic aspects of the Hindutva project and the BJP-led government in the state for a long time.

The hard-hitting questions raised by Prasujya Pran Nath, a political satirist who belongs to the Jugi community of Assam, about the rising caste atrocities in the state, seem to have agitated the extremist forces of the Hindu right. He and his family have been facing threats and abuses since 2017, when he had performed Serena’k Sini Pai Niki? (Do you know Serena?) in Nagaon, a play he had written based on the infamous Nellie massacre of 1983.

“The drama aimed at critically unmasking the Brahminic agendas of the Hindu right, and the violence of their singular ‘Hind Hindu Hindustan’ narrative,” said Prasujya. “Since that performance, I’ve been facing condemnations, threats and abuses from the BJP and the RSS groups on all platforms. All of this took a violent turn last September when I performed in Dergaon, Golaghat. BJP activists had planned to physically attack me. On failing to do so, they brutally beat up the president of the All Assam Scheduled Caste Students’ Union Dergaon unit, Niranjan Das, who sustained major head injuries. In response, I made stronger political satires condemning the BJP. This has irked many of their workers.”

The Hathras case has made Prasujya so ashamed of this “society that seems to have collectively forgotten the basic ethos of humanity”, that when the Hindutva activists began protesting the feeding of beef to big cats at the zoo, it was the last straw. “In these times of COVID-19, when many families are finding it so difficult to make ends meet, Assamese society is fighting over what zoo animals should eat!” he said.

In recent times, there have been many reported instances of caste atrocities in Assam, while many other cases go unreported. One may argue that this steep rise may be related to the rise of Hindutva forces after BJP came to power in the state in 2016, but while the role of the Hindu right cannot be dismissed, it would be myopic to put the entire blame on them. Assam has remained a caste Hindu society since colonial times and the rise of Hindutva nationalism has only pushed the casteist forces into the open.

“Caste is a silent social evil in Assamese society. While most upper castes practice it in their everyday lives in some form or the other, no one likes to talk about it,” said Prasujya. “Brahmins dominate us in all walks of our socio-economic life. Most of the highest offices in government institutions are dominated by the ‘upper’ castes. I don’t think this was like this from before. To date, if we look into the life-world of many tribes of Assam, we find numerous egalitarian social values of community sharing and cooperation. Caste became integral to Assamese Hindu society after we were Aryanised and Sanskritised.” 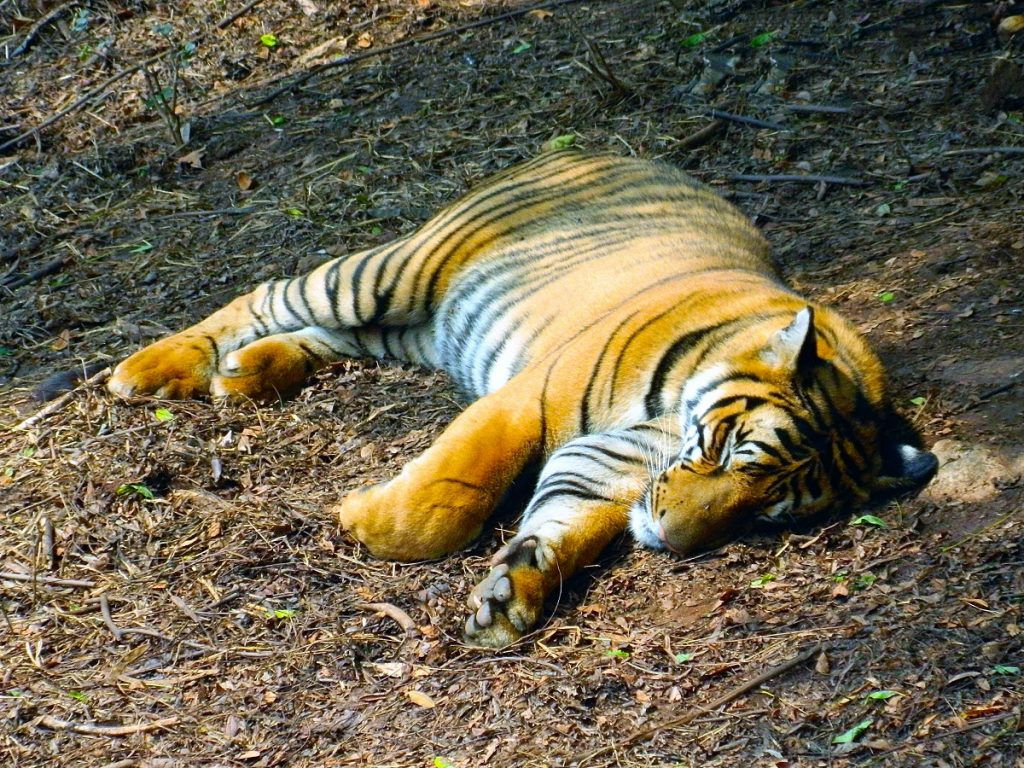 On June 4, during the pandemic, Sorulora Borah, a resident of Kamalpur, Lakhimpur, was unofficially notified by the Kamalpur Prathamik unit of Srimanta Sankardeva Sangha that his family can no longer associate themselves with any activities of the Sangha. On hearing this, Sorulora attempted to end his life as he had been a devout member of the Sangha for the past 16 years, though he was later saved by his family. On June 26, the Dhalpur Aancholik unit of the Sangha formally notified the family that they are no longer its members. The reason was that Sorulora’s unemployed son, who had recently returned from Mumbai, had started a company broiler farm in the village. Pig and poultry farming are forbidden by the rules of Srimanta Sankardeva Sangha.

On July 4, 2020, also in Lakhimpur district, two brothers, Lakhyajit Kalita and Debojit Kalita, were ostracised from the Simaluguri Notun Namghor which follows Brahminic traditions (Brahmonyo Samaj) because they had started fish farming in their village. Brahminic traditions consider fish farming an ‘untouchable’ occupation, reserved only for ‘lower’ castes like the Dums.

The brothers had earlier been ostracised from village community activities for three years when they had raised broiler poultry. They could re-enter the village khel (clan) only when they gave up poultry farming.

The Srimanta Sankardeva Sangha that came into existence in 1930 to check the conservative ideas of Satras is sadly inefficient in checking the Brahminic traditions they want to oppose. Even though their website states that their aim “is to establish a casteless society basing on the noble ideals of Sankaradeva (sic),” they frequently cast members out of their order over issues of chicken, pig, or fish farming.

Also Read: What Mahatma Gandhi Said to Those Who Wanted Beef Banned in India

Although strict notions of caste are not widely prevalent, practices of purity are stringent. The practice of keeping a separate set of utensils for ‘lower’ caste or Adivasi visitors is not new. The religious codes of the khel system does not allow rural people to attend even the tilani (rites performed after death) of their own family members if they happen to be from a different khel.

Such everyday caste atrocities are not limited to rural Assam. In a recent social media post that got a lot of traction, Akhim Gogoi, (name changed), an MSc student who was born and raised in multi-cultural Guwahati, deplored how his family was cast out in their own housewarming celebration last year by a few Brahmin families in their new Panjabari neighbourhood. The highly educated Brahmin families not only refused to eat, drink, or touch the food offered to them but also forbade their children from entering the premises of Akhim’s home, as he belongs to the Ahom community which consumes pork. After this incident, Akhim’s mother, who is a heart patient, went into a hypertension shock.

Although numerous attempts have been made at writing a meta-history of Assam’s encounter with British colonialism and the subsequent rise of Axomiya nationalism, few historiographies have actually tried to uncover the micro-histories of Brahminical colonisation and the rise of exclusivist caste Hindu social practices in Assamese society. It is no hidden fact that Assamese socio-literary practices undertaken by the Brahminic agents of colonialism and the caste elites since the beginning of colonial encounter had successfully produced a complicated, multilayered Brahminic public sphere, which till date resists any collective action to push caste consciousness in Assam. This, no doubt, is why from time to time we see representatives of this sphere negate genuine public discourses that challenge the social compositions and practices of this Brahminic sphere.

The irony is that the same representatives are also seen affiliating themselves to the indigenous ‘sons of the soil’ line of politics. Depending on the current mood of politics, they chant either ‘Jai Shree Ram’ or ‘Jai Aai Axom’. More pure satvik food, a ban on dog meat in Nagaland, a ban on beef for zoo animals ban in Assam, and so on – all of these then form a neatly webbed food programme for a Brahminic psyche.

While this is a resurgent moment for progressive forces in Assam to lay bare the casteist agendas of Hindutva forces and stand by people like Prasujya Pran Nath, Dr Anil Kumar Bhagawati and Sikha Sarma, it is also a great moment of awakening for those believing in the values of Babasaheb Ambedkar. It takes moral courage to speak against the centuries-old systemic caste oppression. It was rightly illuminated by Ambedkar himself that the battle in its fullest sense is entirely spiritual – to reclaim the inner human – not material or social. The longings of oppressed people to live with dignity must not be obscured by the upholders of a Hindu Rashtra. We must fight back with our multiple identities and pasts to ensure this in our everyday lives.

Rintu Borah is a PhD candidate of philosophy at IIT Bombay.