Facing a Social Boycott, 24 Dalit Families Forced to Leave Their Village in Maharashtra

The Matang families have said that they were not allowed to buy groceries, get jobs or roam freely in the village after some of them filed an FIR against upper caste men for an attack. 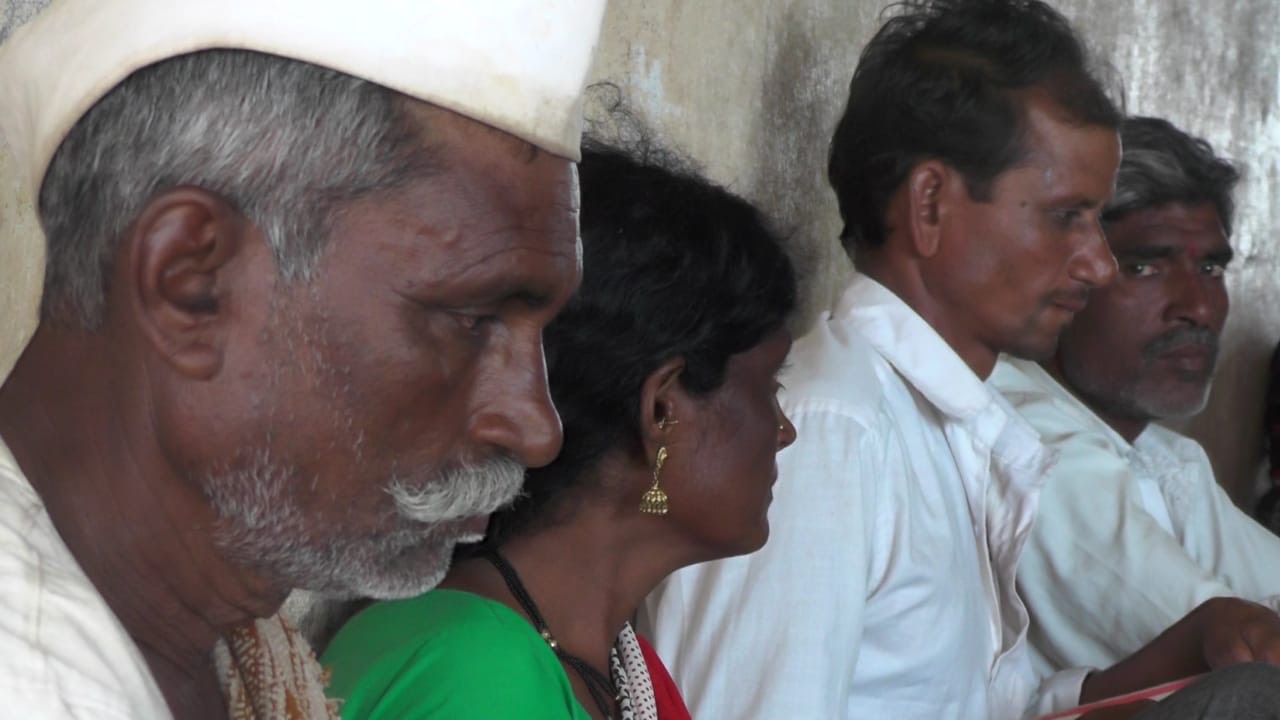 Pune: Twenty-four Scheduled Caste families have had to leave their village in Maharashtra’s Latur district after the upper castes allegedly ostracised them by barring them from shops, not giving them job opportunities and limiting their freedom to move around in the village, Rudrawadi in Udgir taluka. One of those who has had to leave is the sarpanch of the village.

Upper caste men had earlier allegedly assaulted Dalits in the village for visiting a temple. The people attacked had then lodged an FIR against upper caste men under the SC/ST Prevention of Atrocities Act. It appears that after the FIR, the accused made it a point to ensure the village no longer felt like home for the Dalit families.

The 24 Matang families are currently living in an unoccupied government hostel at the outskirts of Udgir. Over 100 people, including 40 women and 15 children, have no idea how they are going to survive in the town without a livelihood. But the more pressing worry for them is that they will be attacked again by the people against whom they have lodged an FIR.

Shalubai Shinde, who has been the sarpanch of Rudrawadi for the last three years, told The Wire, “The problem began on May 8. A groom and his relatives from our community had gone to the village temple of god Maruti to take his blessing. Our community is not allowed to go inside and hence they just touched the last step of the temple. A few upper caste men in the village assaulted 2-3 people from our community, asking why they had gone to the temple. Two-three youth from our side retaliated, and one of their boy got a scratch. Elders the Matang group apologised and said they had a wedding ceremony the next day. Both groups decided to hold a meeting on the issue on May 10.” But the ‘meeting’ did not go as planned. “On May 10, instead of a meeting, their men entered the house of the boy who caused the scratch on the upper caste boy. When his family members tried to stop them, they removed the tin roof of the house and beat him badly. They also physically assaulted many others from our community. We immediately went to Wadhwana police station to lodge an FIR. However, the police did not file an FIR. After we sat outside the police station, the police lodged an FIR against 23 people under atrocities Act on May 11. But they did not arrest anybody for many days.”

Sridhar Pawar, deputy superintendent of police, Ahmedpur, Latur, said, “The SC families lodged an FIR against 23 on May 11, 2018. We had arrested 16 people one after another till May 29. The rest are on the run. All 16 were sent to judicial custody.” All of the arrested got bail on June 7.

Dnayneshwar Sawant, president of the Samajik Nyay Andolan, a rights organisation, said, “Police were not ready to arrest the accused. On May 24, we did a rasta roko on the way to Aurangabad, and on May 28, we met the deputy collector. Under his instruction, the police arrested 16 out of the 23 accused on the same day. But all of them got bail on June 7.”

Nitin Shinde, one of the victims of the May 8 attack, said, “All the people from the Matang community are landless labourers and earn a livelihood by working on the farms of upper caste people. After we lodged an FIR under atrocities Act, slowly, shopkeepers stopped selling us groceries. Nobody from the village would employ us on their farms. If we got labour work at nearby a village, they would threaten those who gave us the work. We were even scared to roam freely in the village. We did not have an option but to leave the village and the houses we had built under the government’s Gharkul scheme.” 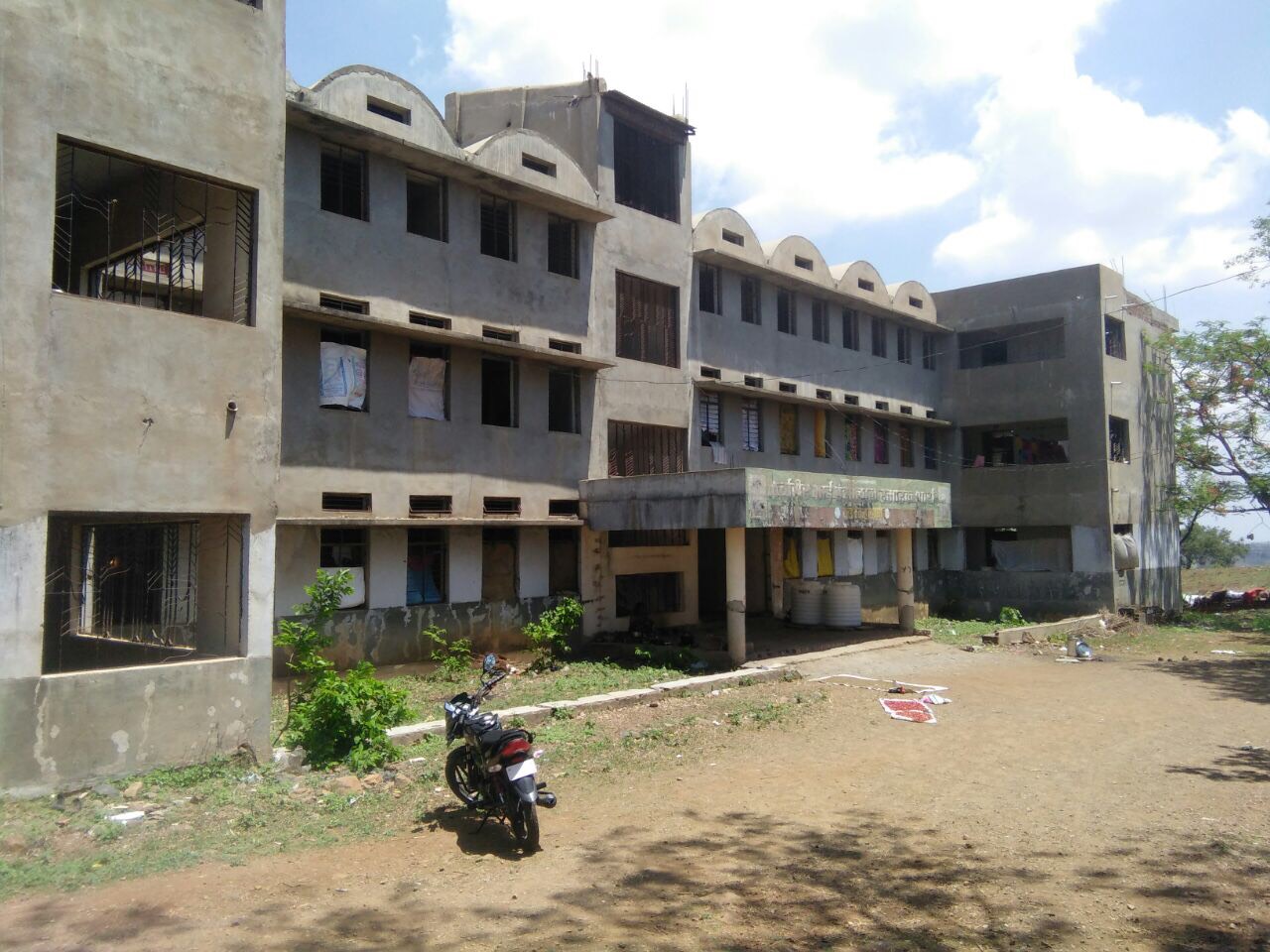 The unoccupied government hostel the families are not living in. Credit: Special arrangement

Pawar, DySP, said that while the ostracisation may have occurred, it was ‘as severe’ as the Dalit families were making it out to be. “After their complaint, we have added charges under the Social Boycott (Prevention, Prohibition and Redressal) Act to the original FIR. However, as per our inquiry, these families could buy groceries from a nearby village that is just five km away. Two of the Matang people own flour mills and a few drive autos for a living. The problem is not as severe as they have said. However, we have registered their complaint.”

On June 4, the Dalit families sat in protest outside the tehsil office at Udgir. They spent the next three days there – doing everything from sleeping to cooking outside the office. Now, they are living in a vacant government hostel building at the outskirts of Udgir. The building has electricity and the local administration is supplying water to the families with a tanker. But security is a major concern. Nitin said, “When they (the accused) were released on bail on June 7, they came here. They threatened us, saying they would not allow us to live in the village. We filed a complaint with the Udgir city police again, who sent a security van.”

But they want the government to rehabilitate them by providing a place to stay and jobs. Tukaram Shinde, another victim, said, “Even if we go back to the village, we will not be able to live in a secure environment.”

Shalubai, the sarpanch, said, “I became sarpanch so that I could solve the problems of my community as well as of the village. But I never got any power. Upper caste men would take my signature on documents with decisions they had taken. It has been like that for the last three years. I was elected because the seat is reserved for an SC woman.”