Even Police Officers Don't Listen to This Dalit BJP MLA

Akchaywar Lal Gond, an MLA from UP, alleged that the local police officers do not recognise him or heed his recommendations. 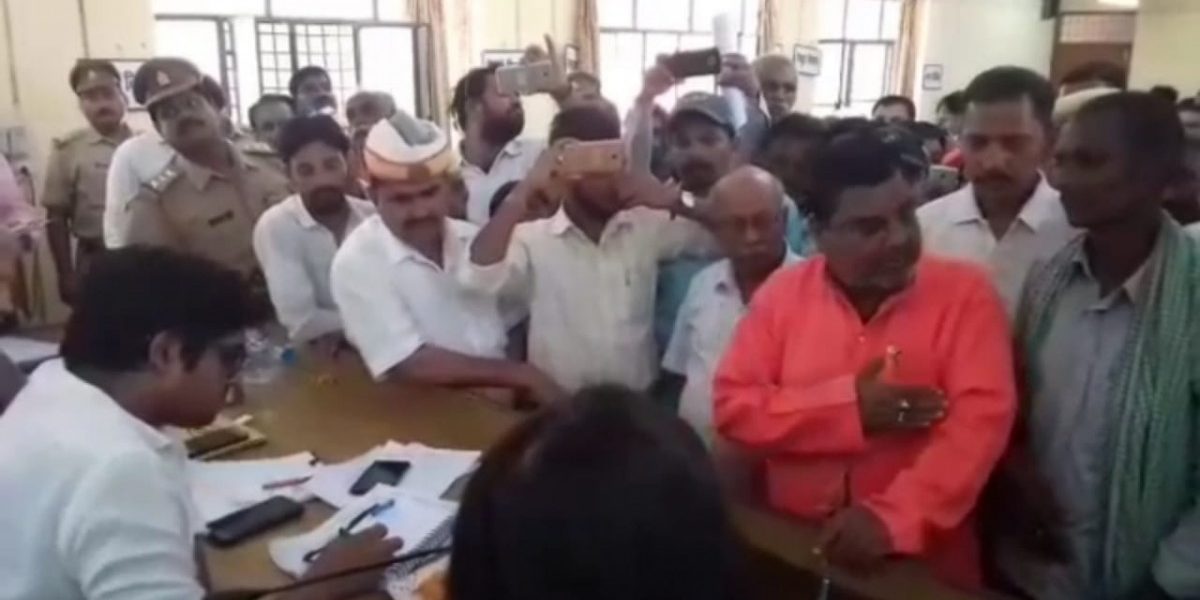 Lucknow: A Dalit BJP MLA queues up with commoners before the district magistrate to narrate his woes. “Police officers make fun of me, they don’t listen to the recommendations I make,” Akchaywar Lal Gond from Balha constituency of Bahraich district in eastern Uttar Pradesh put forth his grievances.

Gond lined up as a complainant during Tehsil Divas at Nanpara on Tuesday before the district magistrate and the superintendent of police to register his complaint. “Nearly 15 months have passed since the formation of the Adityanath government and grievances of common man are not being heard in government departments,” he said.

“Police don’t listen to my recommendations to improve welfare of the poor people or to reduce unlawful activities. Also, whenever a BJP worker utters my name in front of a police officer, the latter makes fun of me,” he said.

When the officers saw Gond standing in the queue, they invited him to the dais in the hall. However, Gond chose to remain in line and replied, “I will lodge my complaint as a commoner. I hope officers will listen to me.”

Talking to The Wire, Gond said, “The station house officer of Sujauli police station in my constituency doesn’t recognise me. When the public or party workers approach him citing my reference, he responds with a careless ‘I don’t know who this MLA is’.”

“During the panchayat meetings organised by the state government over the past two months, we came to know of the difficulties people were facing. They haven’t been getting enough food grains, they haven’t been receiving proper ration either. The people have not been allotted houses through government schemes and have been running from pillar to post, looking to get their problems addressed. But they have gotten no relief from government functionaries,” Gond spoke about the state of affairs.

He added that he had sent chief minister Adityanath a letter in this regard.

Responding to Gond’s grievances, Bahraich district magistrate Mala Shrivastava said, “The issues raised by MLA are serious and the matter will be probed.”