Caste Away for Love: How Caste Bias Works in Kashmir

The focus on conflict between state and non-state actors in Kashmir hides the social divisions within Kashmir. 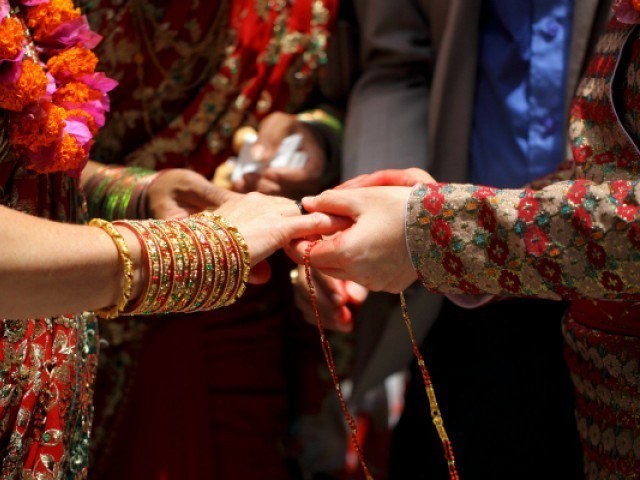 “I tried to reason with my mother for months but she didn’t want to listen. For her, caste was more important than anything else. What will I tell our relatives? she would say.” Credit: Reuters

For the last three years, Fazil Jeelani (all first names changed) has been looking to get married. The 33-year-old from Hyderpora, Srinagar, in Kashmir has all the qualifications required to take the plunge. He is well settled in life with a big house and a flourishing business. He is quite handsome too – tall and barrel-chested. But things haven’t been moving forward.

It isn’t that Jeelani is waiting to fall in love. He is okay with an arranged marriage. But every time there is a marriage proposal his mother finds a reason to reject it. “Now I’m so tired of it that I tell people I’m just the groom, my mother is the one really getting married,” he says with a grin on his face.

Back in college, Jeelani was in love with a girl. The relationship lasted six years. In all that time, he did not tell his parents about his relationship. But when the girl’s parents decided to look for a husband for her, Jeelani finally had no option but to ask his family to send a proposal to the girl’s house, as is the custom. But Jeelani’s mother rejected the idea outright without even seeing her once. The reason?

The girl her son was in love with belonged to a ‘lower caste’ and that was unacceptable to Jeelani’s mother. “I tried to reason with my mother for months but she didn’t want to listen. For her, caste was more important than anything else. What will I tell our relatives? she would say,” Jeelani said.

Jeelani submitted to his mother’s wishes and broke off the relationship. The girl was married off a year later. While Jeelani has given in to his mother’s fixation with caste, from time to time what still angers him is how she uses Islam, “a religion founded on the basis of egalitarianism to justify it.”

Contrary to the outsider’s notion that caste plays no role in Kashmir’s Muslim majority society, particularly in the Valley, the reality is quite the opposite and complex. The renowned Kashmiri sociologist and former head of Kashmir University’s sociology department, late Bashir Ahmed Dabla, in his book titled Directory of Caste in Kashmir writes:

Dabla adds that even if caste does not exist in any ideal Hindu varna sense in Kashmir, it is still very significant.

In his book, which is perhaps the only academic reference point for caste in Kashmir, Dabla attempts to explain the complex nature of caste in Kashmir. He has classified Kashmiri castes into three different groups. At the top are the ‘Syed castes’ – Geelani, Jeelani, Andrabi, Qadri, Hamdani, Bhukhari, Shah and others. Syeds claim to be the descendants of the family of the prophet. It is believed that Syeds came into Kashmir from Central Asia in the early 14th century and spread Islam in the region. Consequently, they have a somewhat proprietary attitude towards Islam in Kashmir.

This group is followed by the ‘occupational castes’ which include surnames like Wani, Zargar, Bhat, Naqash, Lone, Khandey, Ahangar and others. While Syed castes are a representative of the different tribes they belong to, this is not the same with occupational castes. These surnames denote only the occupations they or their ancestors had taken up. For instance, Zargar means goldsmith in Kashmiri and the bearer of this caste name would be someone who is either currently in this occupation or has descended from a family of goldsmiths.

At the bottom of Dabla’s caste hierarchy are the ‘service castes’ with names like Hanjis (people living in houseboats), Waza, Gilkar, Sofi, Dobi, Ganie, Bangi, or Sheikh. These are generally landless people, or those whose occupations are considered menial. Sheikh is an interesting caste here. If this title is used as a prefix it indicates the person has descended from Brahmin landlords like the National Conference party leader Sheikh Mohammad Abdullah. If, however, Sheikh is used as a surname, this indicates belonging to the sweeper community.

Even though the existences of caste as a social institution in the society is widely denied, perhaps because it contradicts the core beliefs of Islam, it is an open secret within the community. The role of caste in Kashmiri society comes to the surface at important social functions like marriages. Syeds rarely marry people from occupational castes. And similarly, those belonging to occupational castes refrain from marrying into service castes.

Caste as a social institution in Kashmir also perpetuates prejudices and stereotypes against certain communities which are subtly played out.

Rubaiya Gilkar married Aamir Wani 15 years ago. Theirs was a love marriage. They have two children – Anus 12 and Anak 10. Just like Jeelani, Aamir’s family didn’t approve of Rubiya because of her caste. The two, however, still went ahead and got married. But there were consequences to the decision the couple had made. “When he (Aamir) made the decision to marry me his parents shunned him. Our wedding ceremony took place at a friends house,” she says.

Aamir’s parents were so furious about his decision to marry Rubiya they asked him to leave the house. For the next three years, the couple lived in a rented room. After the birth of their first child, the relationship between Aamir and his family improved. They both moved back to his parents’ house but for her in-laws Rubiya was still an outsider. She would get taunted for every small mistake and it would always be about her ‘kashlat’ (caste).  “Even today when there is a function (social gathering) my parents and family are never invited. It breaks my heart every time they have to face such humiliation because of me,” she says with a lump in her throat. Rubiya has accepted these humiliations as “Khudai sinz Marzi (God’s will)”, but at the same time, she is worried she has passed on her “inferiority complex” to her boys.

Surprisingly her sister-in-law, Parveena Zargar, who is a working woman, acknowledges that her family’s behaviour towards Rubiya hasn’t always been the best. But she says her family also needs to look out for its reputation in society. She says she sympathises with Rubiya’s situation but in the same breath she adds, “if your cloth is torn, only a cloth of the same colour can be used to repair it”. Parveena believes that Rubiya isn’t a victim of caste discrimination rather it’s a case of her “not being accustomed to our way of life.”

Wakar Amin, assistant professor at the Department of Social Work in Kashmir University, says even after switching to Islam in the 14th century the casteist traits from its Hindu past carried on in Kashmiri society.

“Under Hindu rule, Brahmins were the ones who possessed knowledge but after Kashmir turned to Islam, Syeds took on that role. Now they have the upper hand. Syeds took important jobs in the king’s court and bureaucracy. Brahmins became redundant. The Syeds’ religion, however, clubbed them with all the other caste groups they had for centuries considered beneath them. So they retained certain traits and made them important to their identity.”

Amin argues that this need to maintain an ‘identity’ is the basis for stratification in Kashmiri society.

He believes the role of caste in Kashmiri society is often underplayed for a variety of reasons. But its influence is far-reaching – from politics to social rituals.

“Syeds had control over mosques. People would go to mosques to settle their issues so they became power centres and those who had control over the mosques acquired political authority. It hasn’t changed till this day.”

Amin believes that, over the years, access to education has led to these caste divisions waning somewhat, but caste still hasn’t completely vanished. Amin gives the example of the Sheikh community which is still ghettoised in the heart of downtown Srinagar.

“This community (Sheikh) has been the biggest victim of caste discrimination in Kashmir. Not only have they been reduced to doing the same job over the years, it has reached a point where those belonging to this community can’t even find a bride in the Valley. Sheikh or Watul is like a cuss word in Kashmiri,” he added.

Jeelani knows about this discrimination all too well. He was introduced to the idea of caste by his family long before his mother rejected the girl he was in love with. “When we were kids growing up in our ancestral village in Anantnag we would get scolded for even playing with grees shuer (children of the landless).” He hopes society will one day open its eyes and acknowledge how discriminatory it is and work to correct it.