The Pune police on Tuesday carried out searches at the residences of prominent human rights lawyers and activists across Nagpur, Pune and Delhi to probe their alleged links with Naxals and their role in the 'Elgaar Parishad'. 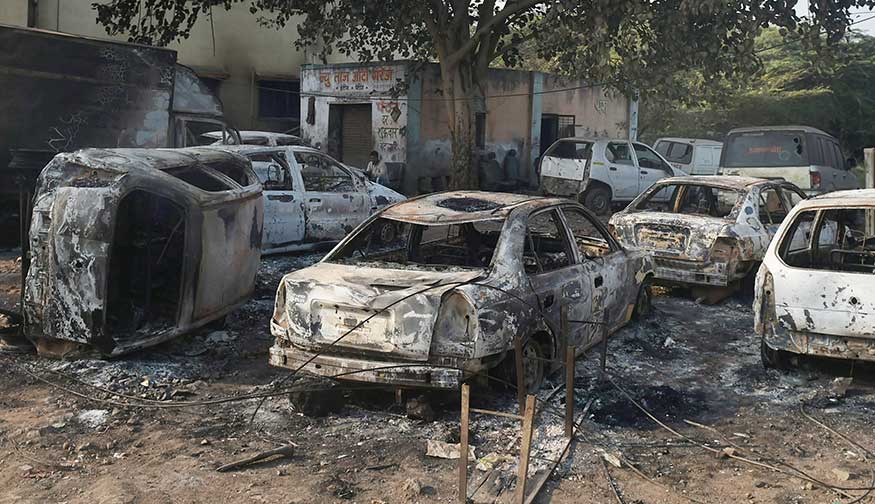 Even though the police claims that the situation is under control, frightened Dalits are heading to their hometowns. Credit: PTI

Nagpur: The Pune police today carried out searches at five places at the residences of some prominent activists and a lawyer in connection with their alleged links to the Bhima-Koregaon commemorative programme on January 1. The activists include Rona Wilson (Delhi) and lawyer Surendra Gadling (Nagpur). The residences of Sudhir Dhawale and Harshali Potdar, Jyoti Jagtap and Ramesh Gaichore and Dhawala Dengle are being searched in Pune.

Police officials said the Bhim Nagar residence of advocate Surendra Gadling was searched between 6.30 am and 1 pm in connection with an FIR registered in Pune pertaining to the Elgar Parishad.

Gadling had earlier given legal help to a number of leaders suspected to be involved in naxal activities, including suspended Delhi University professor GN Saibaba who was sentenced to life in prison on March 7 last year for alleged Maoist links and anti-India activities.

Talking to reporters, Gadling alleged that the men in uniform were troubling people like him and allowing the perpetrators of the Bhima-Koregaon violence to go scot-free.

“I did not participate in the Bhima Koregaon event. However, we had collected funds for it like we do for any such programme. The police are troubling us and allowing those behind the violence to go scot-free. These raids are meant to silence people who have stood up to the RSS,” he alleged.

He claimed that the search party took away research material he had collected over a period of 25 years.

“They even took away exam notes of my son and daughter. Pen-drives, hard drives and such items belonging to my wife were also confiscated,” he alleged.