The bandh has been called by several Dalit organisations against the alleged dilution of the SC/ST (Prevention of Atrocities) Act. 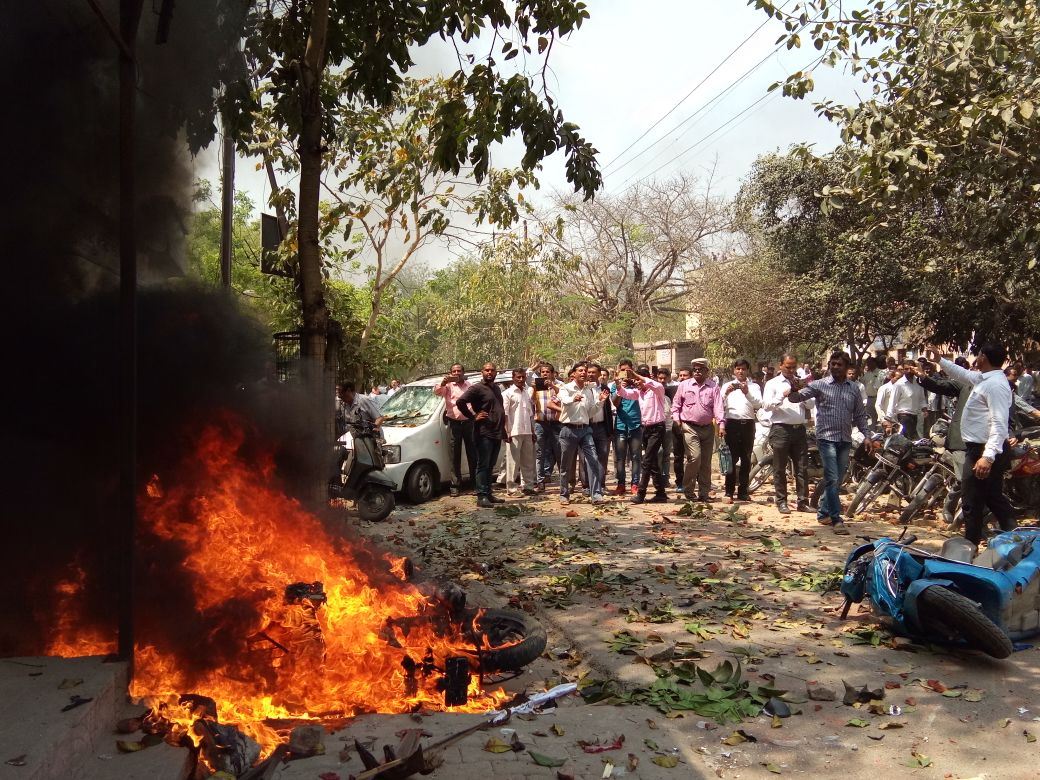 New Delhi: Protests by Dalit groups against the alleged dilution of the SC/ST (Prevention of Atrocities) Act during the Bharat Bandh on Monday reportedly turned violent in certain places.

The protests reportedly turned violent in some areas in Jharkhand, Rajasthan, UP and MP, with stone-pelting, vehicles being burnt and clashes between the protestors and police.

According to the Business Standard, four people were killed during the protests in MP’s Morena and Gwalior, and a curfew has been imposed. Internet services have been blocked in Gwalior district till 6 am tomorrow, ANI reported.

Several instances of violence were also reported from UP’s Meerut. 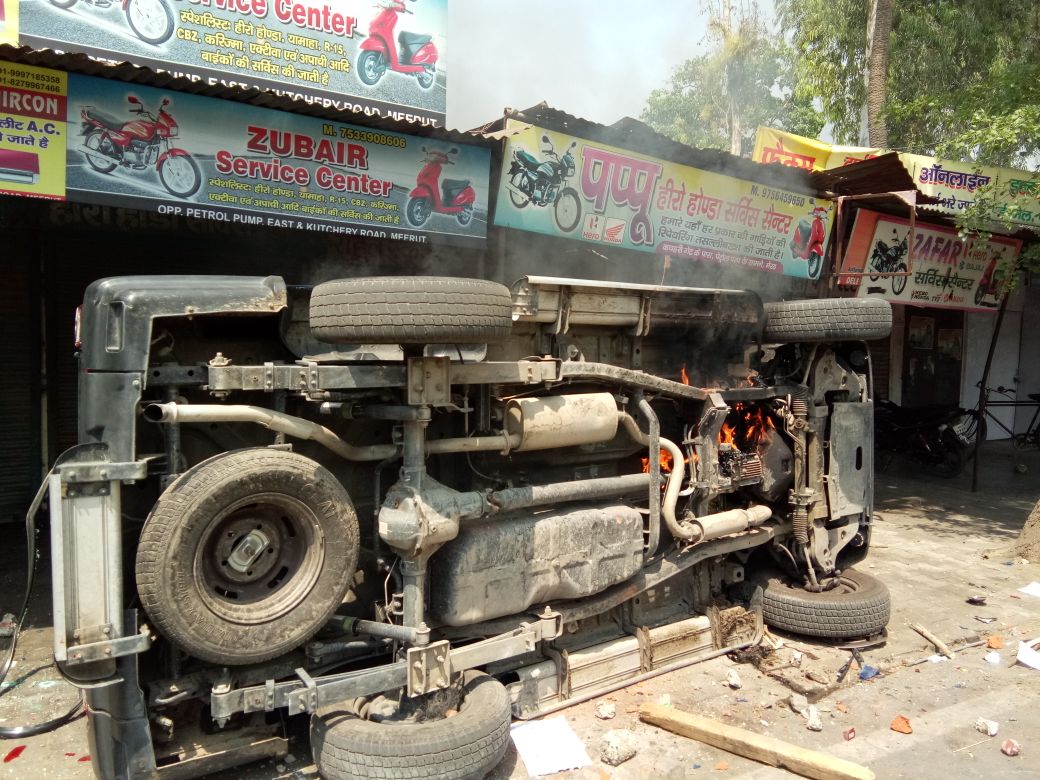 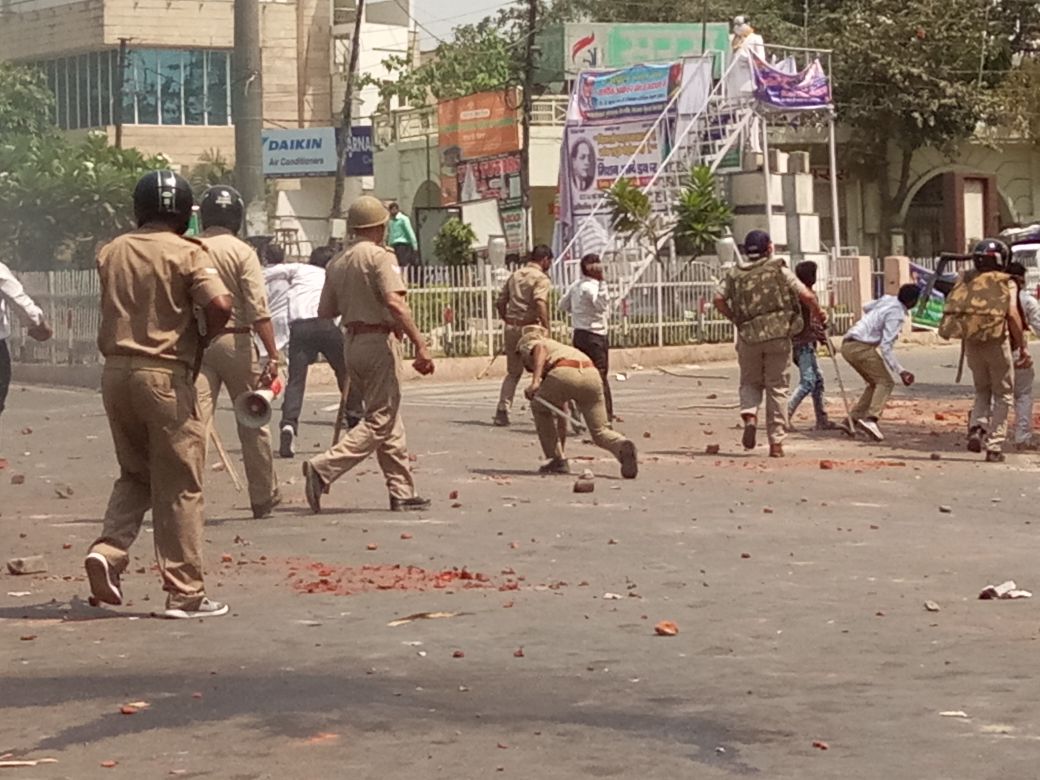 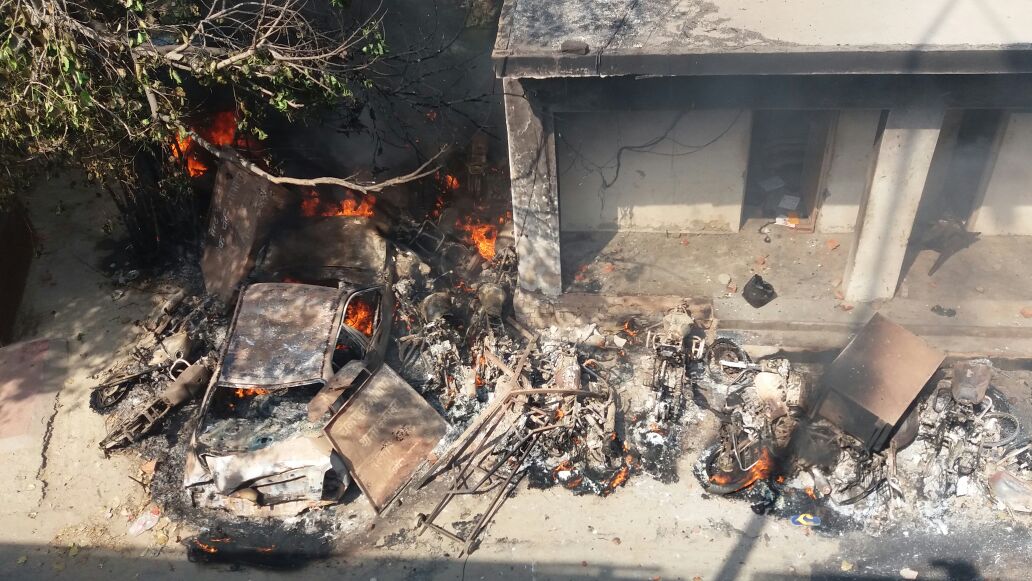 UP chief minister Adityanath said, “Law and order should not get disturbed with these protests. Our government is serious about Dalits’ progress and their development. I appeal to them to take care of the law and order.”

The board said it has received a letter of request, dated April 1, 2018, from the director general (school education) of the Punjab government to postpone all its examinations scheduled to be held today on account of apprehensions of law and order problems and other disturbances in the day during the Bharat Bandh.

“Taking congnisance of the letter of the director general (school education), the CBSE decided to postpone all class 12 and 10 examinations scheduled for April 2 , 2018 in the state of Punjab,” it said in a statement issued late in the night.

“Exams will carry on as per schedule in UT of Chandigarh and rest of the country,” it said.

The next date of the examinations in Punjab will be announced soon by the board, it added.

An official spokesperson of the Punjab government in Chandigarh said the public transport services across the state has been suspended in view of the bandh call. According to a report in the Indian Express, the state government also suspended internet services from 5 pm Sunday till 11 pm Monday, and asked the army to be on “stand-by”.

According to the Indian Express, the number of steps taken by the government surprised many people. Even certain members of the Congress party, which has expressed support for the bandh and submitted a memorandum to the government against the Supreme Court’s order, were reportedly puzzled. A senior party official told the newspaper that the decision may be an “over reaction”.

The Supreme Court had on March 20 diluted the provisions of the Scheduled Castes and the Scheduled Tribes (Prevention of Atrocities) Act, in what it called a bid to protect honest public servants discharging bona fide duties from being blackmailed with false cases under the Act.

The apex court said government servants should not be arrested without prior sanction and private citizens too should be arrested only after an inquiry under the law .

But Dalit organisations, including the Dalit Shoshan Mukti Manch, and some political parties fear the dilution of the provisions might lead to an increase in violence against Dalits.

The ruling BJP has been facing protests from within its own legislator. Savitri Phule, BJP’s Dalit MP from Bahraich, on Sunday criticised her own government over reservations. Asserting that she was not fighting shy of the consequences for her criticism, Phule said she would see that reservation was implemented as mandated by the Indian constitution.

Union minister and NDA ally Ram Vilas Paswan too has expressed apprehension over dilution of the atrocities Act.

Faced with the growing disaffection within its own house, the Central government has decided to file a review petition today against the Supreme Court’s amendment to the Atrocity Act.

The apex court’s judgement puts an end to immediate arrests in complaints filed under the SC/ST Act provisions.

Large numbers of people gathered on Monday to protest and ensure the Bharat Bandh in several states, including to stop trains. As protests gained ground, Union law minister Ravi Shankar Prasad announced on Monday morning that the Centre does not agree with the Supreme Court’s decision