In Andhra Pradesh, Social Boycott is Followed by Blackout and Whitewash

The failure of local and national media to report a boycott of Dalits reveals a caste-media nexus still intact, despite talk of greater inclusion. 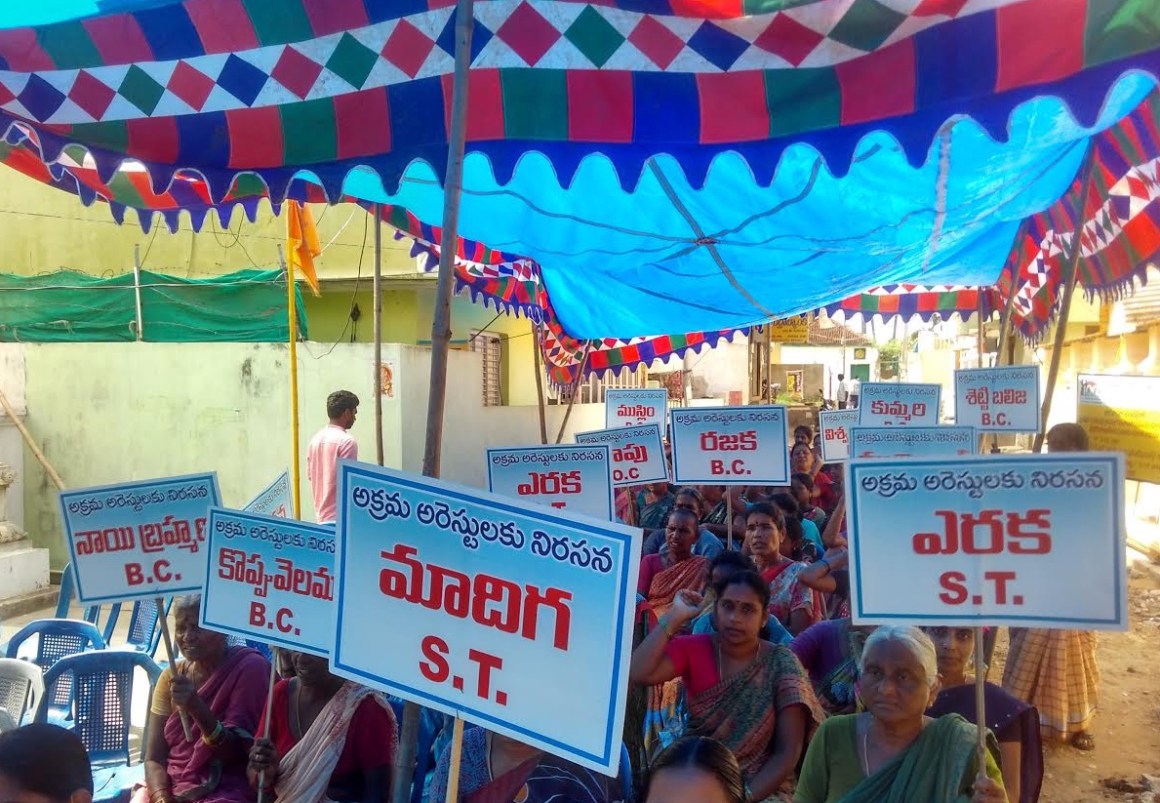 Garagaparru Village, Andhra Pradesh: Six months after a skirmish over an Ambedkar statue, a social boycott of Dalits living here has yet not come to an end. The boycott was orchestrated against approximately 1200 Dalits of the Mala community by the other fourteen castes in the village, led by the land-owning Raju and Kapu communities.

The Dalits of Garagaparru, who work as tenant farmers or agricultural labourers on the fields of upper-caste landlords, or as staff and drivers at their houses, were removed from employment since May 5. Police filed a case against three people, all of them members of the Telugu Desam Party, who orchestrated the social boycott of the Dalits. 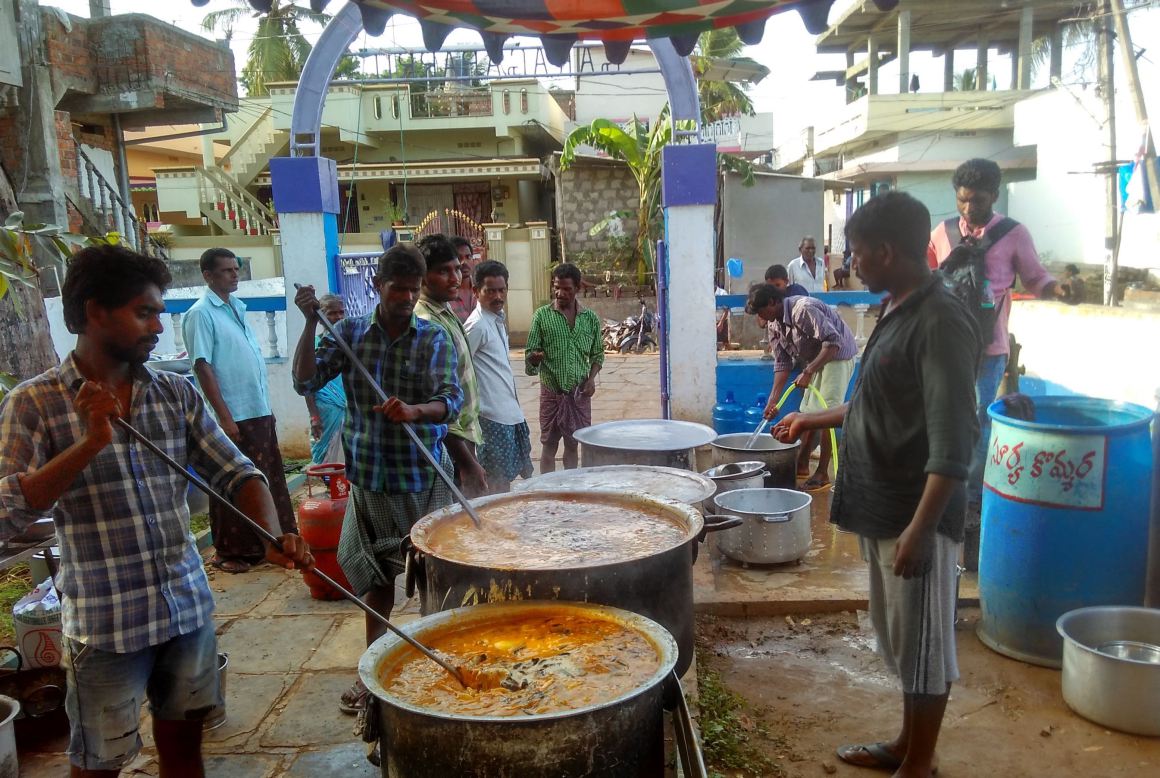 Community cooking in process near Lutheran church in Ambedkar colony. All the 1200 Dalits have been dining here, ever since the social boycott started, since they don’t have money to cook. Credit: Rahul Maganti

While a social boycott was unleashed barely a hundred km from Amaravati, the new capital of Andhra Pradesh, it took the media more than 50 days to notice and cover it.

The social boycott got no mention in district editions of Telugu newspapers, let alone the main edition. Some of the media platforms which passed over the news were Eenadu, Sakshi, Andhra Jyothi (and their counterpart news channels) in the Telugu press and The Times of India and The Hindu in the English press, which did not cover it until June.

Eenadu, the largest circulating Telugu newspaper, is part of a media conglomerate ETV, which also runs a news channel and entertainment channels, and is owned by Ramoji Rao. Ever since the filmstar N.T. Rama Rao set up the Telugu Desam Party (TDP) in 1983, Ramoji Rao, a Kamma by caste, has been aligned with the party and has orchestrated public opinion in favour of the Kamma-dominated TDP.

Eenadu and Andhra Jyothi (another newspaper seen as close to the ruling TDP) barely reported on the social boycott, which is understandable as the news could certainly dent Dalit support for the TDP. More inexplicably, the newspaper Sakshi, considered a mouth-piece for the opposition YSR Congress Party, failed to cover it as well. 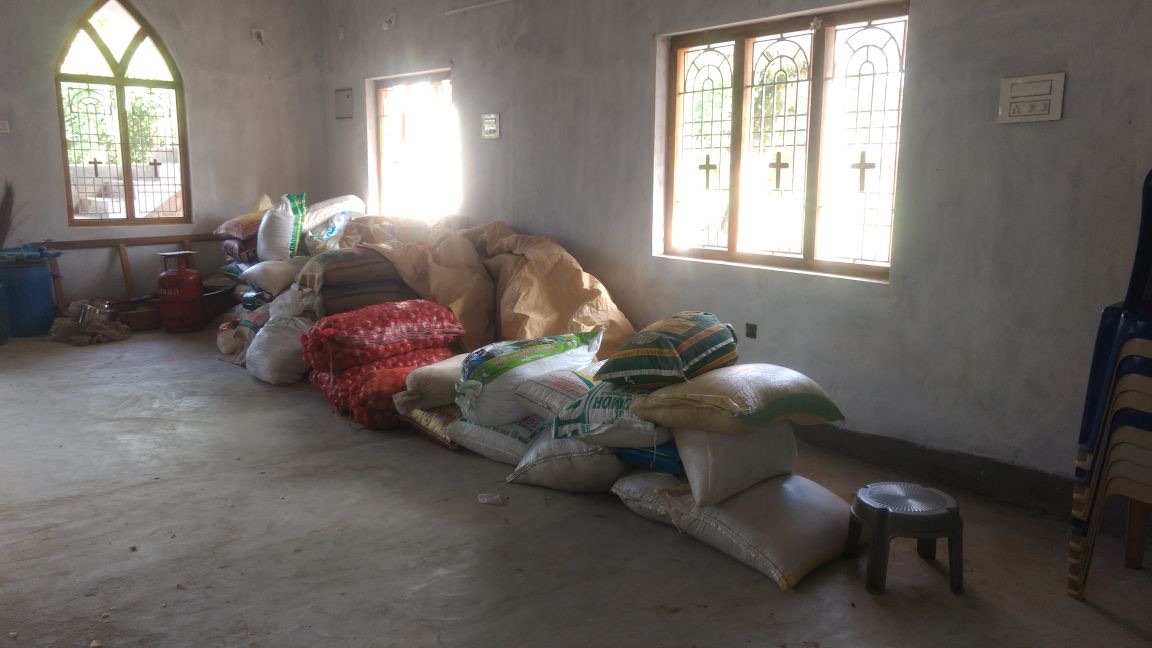 Food stocks stored in Lutheran Church, which were handed over to the Dalits of the village by various mass organisations and Dalit organisations. Credit: Rahul Maganti

“We were under the impression that both the communities will come to a compromise soon,” an Eenadu reporter from Garagaparru said. “If we had reported, the existing differences would have been widened and any chance of a compromise would have got derailed.” The reporter, who belongs to the Setti Balija caste, one of the fourteen castes responsible for the social boycott, also said that Balaramaraju, one of the accused in the atrocity case filed by the Dalits, threatened him with consequences if he covered the situation.

The local reporters for Sakshi and Andhra Jyothi are both Dalits, and both claimed they had reported on the issue, but that superiors rejected the news items. They said their editors may have faced pressure from the local TDP MLA and his community, and other politicians cutting across party lines.

Ultimately, the story was broken by a local channel and a newspaper, 10 TV and Prajasakthi, on June 22 –  more than fifty days into the social boycott. These media platforms have links with the Communist Party of India (Marxist), which has been leading the agitation ever since. Reporters from both media platforms were allegedly attacked by an upper-caste mob while they were reporting, but escaped with the help of police. When this reporter spoke with members of the Raju community and relatives of the accused, their anger towards 10 TV was palpable.

The theatre of compromise

In the last week of July, the ministers, chairman of the state SC/ST Commission and chairperson of SC Finance Corporation orchestrated a compromise between the Dalits and upper castes of Garagaparru. The major newspapers and TV channels that had minimised reporting of the atrocity, put the news of the compromise on the front pages, with images of handshakes between representatives of all the communities.

“When we went to meet the political leaders to give representations, they asked us to shake hands with the perpetrators of the crime as a matter of courtesy,” said Rajesh, one of the Dalit leaders. “Photographers were waiting, they clicked photos, and the politicians left without promising anything.” Rajesh called this a “fake compromise” and reiterated that the Dalits of the village are still fighting for their rights.

The background to the supposed compromise involves the Mala Mahanadu, an organisation that claims to fight for Dalit rights. Both the chairman of SC/ST Commission, Karem Sivaji and the chairperson of SC Finance Corporation, Jupudi Prabhakar, built their political careers among its leaders. 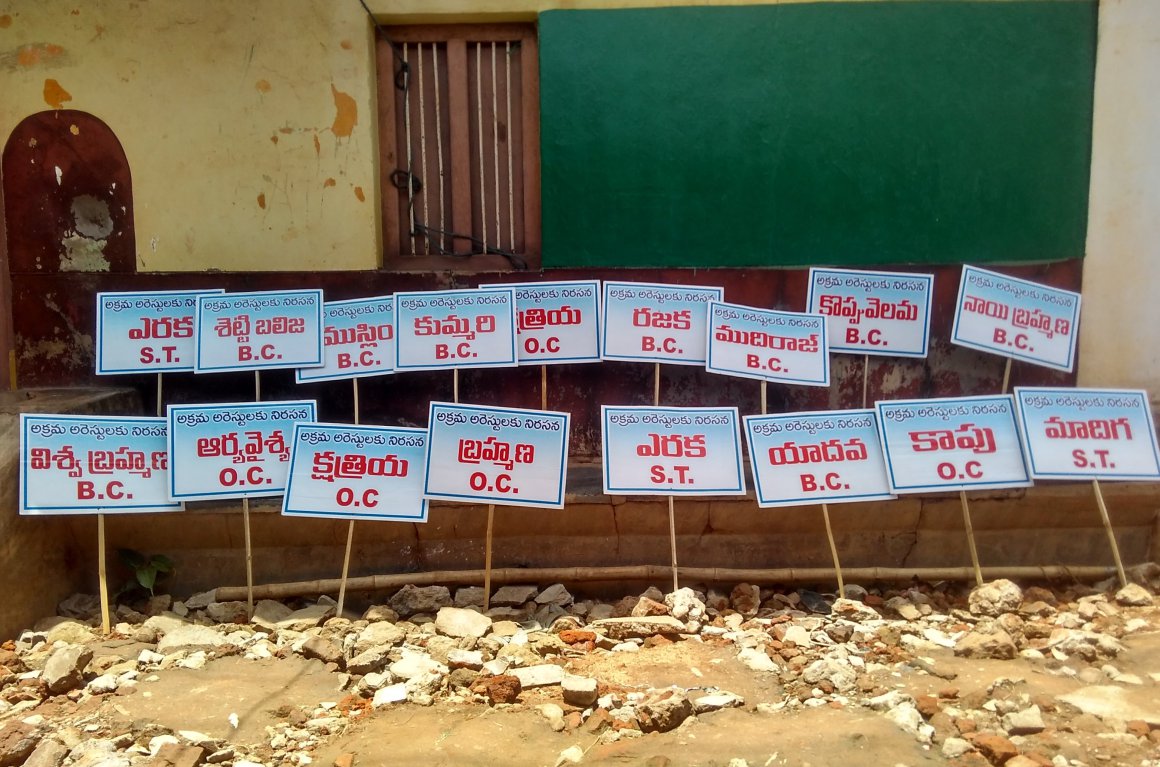 A banner at the protest of the 14 castes condemning the false arrest of their leaders. Credit: Rahul Maganti

“Mala Mahanadu was at the forefront of the movement at the beginning,” James said. “But it put in efforts to dilute the struggle by bargaining with the [upper-caste] Rajus. They faced severe pressure from their leaders in the government, who in turn faced pressure from the chief minister to script an ‘all is well’ drama at any cost.”

On July 16, the same day three residents, accused in the Atrocities case were released on bail, the local Dalit leader Yakoob was killed in an accident. Some Dalits claim the bike on which Yakoob was travelling shows no sign of an accident, and that Mala Mahanadu leaders tried settle the issue with Raju landlords, offering to drop the matter in exchange for a payment.

Leaders from Mala Mahandu initially denied the allegations, and did not reply to further queries. The district collector has promised an enquiry into the incident as well as a compensation of Rs 10 lakh to Yakoob’s family, both of which are still awaited.

The government has also promised to unveil the Ambedkar statue in late November. The Dalits of Garagaparru are not hopeful of that happening, but insist they will go ahead and inaugurate it on their own.