Amitabh Bachchan and the Brahmanical Syndrome

When the actor used the word ‘pariah’ to describe his feelings of isolation as a COVID-19 patient, he perhaps did not understand that he was referring to another illness altogether: the historical fear psychosis of the Hindu elite which manifests in casteism. 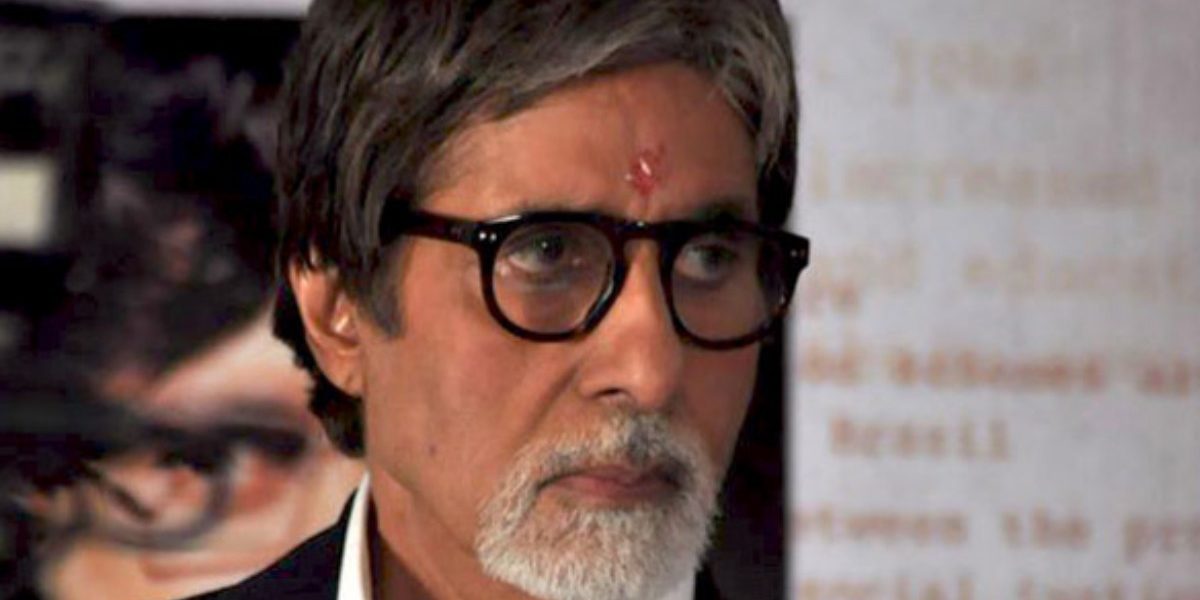 When Amitabh Bachchan used the phrase ‘Pariah Syndrome’ in his blog to express his depressing experiences as a COVID-19 positive patient, many amongst his captive audience felt his pain. In hospital, a quarantined person must surely be haunted with fears of death that may result in psychological trauma. The pandemic has converted each person into an untouchable and forced us to stay away from normal social engagements.

Bachchan seemed to suggest that his isolation from everyday social life, the exclusionary treatment that he is receiving or the general lack of human contact as a COVID-19 patient are similar to the experiences of the ‘untouchable’ castes (pariahs), who are cast out of society (outcastes) and condemned as filthy and unwanted beings.

Bachchan’s feelings in the past weeks surely reflect the deep anxiety and fear he must have experienced in that lonely ward at Nanavati Hospital. But his use of the word ‘pariah’ as a metaphor to represent his loneliness and separation from society was misplaced and discriminatory. It categorically stereotypes the whole community as a diseased body. Such a casual employment of ‘pariah’ as a metaphor may appear to be a smart play of language, but a deep scrutiny of it demonstrates that it is a reflection of the discriminatory caste stereotypes faced by Dalits. The experiences of a quarantined patient cannot be equated with the terrible sufferings and cruel experiences that confront the actual ‘pariah’ castes.

‘Pariah’ is not a synonym for loneliness and separation. It is a word that explains the historic experiences of social brutalities that the ‘untouchable castes’ have suffered till the recent past. Importantly, ‘pariahs’ are not diseased bodies; they have not invited such conditions on themselves. Instead social ostracism engineered by the Brahmanical elites ensured that a whole community suffered a quarantined, ‘untouchable’ life.

Who is a pariah?

Caste inequalities are a cruel reality of Tamil Hindu society. Till the very recent past, the dominant social elites have treated ‘pariahs’ (also known as Paraiyar, Pallar and Chakkiliyar) worse than slaves (atimaiyātkal). In the Madras Presidency during the 1890s, the caste name Paraiyar was anglicised to ‘pariah’ by the British colonial state (from whence the English word ‘pariah’ originated). It was often used as an inclusive term by the British to refer to all the ‘untouchable’ castes, since the most of them suffered similar indignities, torture and violence.

Within English-speaking circles, ‘pariah’, ‘untouchable’ and Dalit are simply used to represent the separation that the worst-off Hindus face in society.

Also read: Has the Pandemic Changed How Caste Hierarchies Play Out in India?

For the conservative Hindu public, such exclusion is justified as the natural division of society. The Brahmanical social ideology construed ‘pariahs’ as aliens to Hindus, marked them socially degraded and portrayed them as immoral, lacking intelligence and unfit for anything but menial labour. They were forced to live apart from all others, and even their touch was considered polluting.The civilised high-caste world kept a long distance from them by ‘quarantining’ them beyond the boundaries of society. Here, the ‘pariah’ is looked down upon as a contaminated body, downgraded by god for past karmas. Therefore, as punishment, the prescription is strict quarantine of the ‘pariah’s’ body. The only story that is comparable to the plight of the ‘pariahs’ is the story of apartheid.

In the natural order, the ‘pariahs’ are homo sapiens, the same as everyone else. They are not diseased or contaminated by any terrible illness, nor they are aliens to this land. The ‘pariah’ as an ‘untouchable’ body is a criminal social construct created by the Hindu social elites. It is a Brahmanical syndrome that looks upon other bodies with apprehension and disgust and produces terrible distinctions between normal humans to exploit them in the most undignified manner.

Being unequal and outcaste is not a value that the ‘pariah’ is born with. Instead he is the victim of the disgusting syndrome created by social elites. The portrayal of the ‘pariah’ as a filthy, diseased body (which s/he is not) by the governing elites, showcases a terrible Brahmanical psychosis, a mental disorder, that humiliates and stigmatises even the most normal bodies.

Also read: The History of Caste Has Lessons on the Dangers of Social Distancing

The acts of social distancing and ‘untouchability’ appear similar. However ‘pariahs’ are quarantined, subjugated and exploited based on the Brahmanical apprehension of being polluted or diseased. The Hindu social structure is constituted in such a way that it perpetually reproduces brutal hierarchies and inequalities, denying every human right to the ‘pariah’.

It seems that Bachchan perceived himself as a diseased and contaminated body and unconsciously called it the ‘pariah syndrome’. His blog makes the disease and the social identity equivalent to each other, as if ‘COVID-19’ and ‘pariah’ are reciprocal terms. The ‘pariah’ becomes a synonym for the disease and the resulting suffering. Thus, naturally, ‘pariah’ becomes a diseased body. The use of such a metaphor is nothing but discriminatory.