While Celebrating Ambedkar as a 'National Hero', We Must Not Forget His Central Thesis

Until caste really is annihilated, that will be the part of his work that is most important. 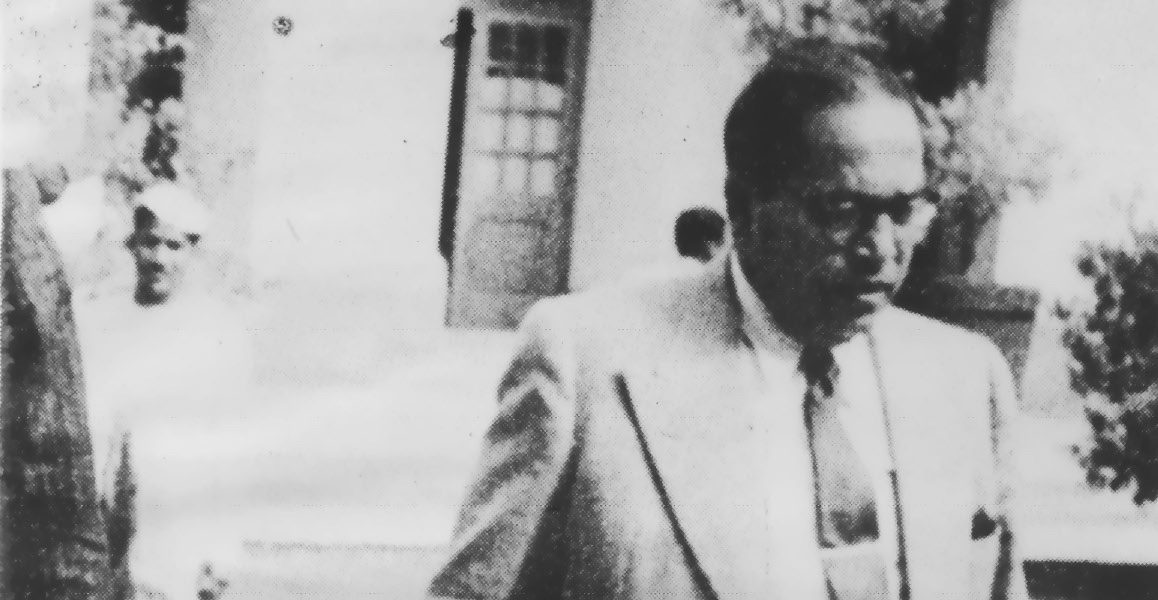 It is easily visible in recent times that the Indian nation-state is proudly celebrating Babasaheb Ambedkar as a heroic individual, as an apostle of great virtues. It has adopted him as one of the leading nationalist icons.

The Hindutva right-wing too has tried to appropriate Ambedkar as a Hindu social reformer and embraced him as a crucial part of Hindu cultural diversity. There is a new Left-Liberal academic scholarship that presents Ambedkar as a nation builder and wanted to locate his influential presence in the arena of grand philosophy or intellectual tradition. There is a general interest to suggest that Ambedkar shall be liberated from the narrow ‘Dalit ghetto’ and placed into the high echelons of great minds or in the domain of universal philosophy.

Ambedkar was not only a Dalit leader or just an emotive voice in the politics of social justice. He was surely above such categorisations – he has demonstrated commendable leadership on pressing working class issues and his critical engagement with Marxist-Socialist ideas is vital. As a labour minister in the Viceroy’s Council, he offered numerous benefits to the labour classes on demands of having eight-hour working days, equal wages and maternity leave.

Further, in strengthening the struggles for women’s liberation in India, his contributions are highly valued. Least to mention that Ambedkar as a constitutionalist showed tremendous charisma and political vision to establish India as modern democratic republic. As an organic intellectual, his thoughts are crucial to understand key political concepts like citizenship, liberty, equality and justice.

The given proposition is attractive and there will be hardly any disagreement. However, there is a subtle fear that cannot be ignored. In the making of Ambedkar as a national hero or a political philosopher, the discussion often deviates from the core social and political objectives that he engaged with during his lifetime. It is Ambedkar’s fight to liberate the Dalits from the shackles of untouchability and his struggle against the oppressive Brahmanical caste system that has crafted his political or intellectual persona.

More than the concerns for nation-building, constitutionalism or even the issues of normative philosophy, he was firmly engaged and committed to rectify the brutal actualities of the caste society and wanted to radically transform it into a better human world. It will be a disservice to Ambedkar and to his intellectual oeuvre if we neglect the fundamental questions of caste and untouchability, and applaud him as an abstract national hero.

Also read: What Dr Ambedkar’s ‘Who Were the Shudras?’ Tells Us About the Sacred Books of Hinduism

Caste is the brutal reality of India’s social and political life even today. As a conventional religious norm, caste doesn’t allow formal equality between human beings; instead it regulates familial and civil relations in permanently segregated and hierarchical compartments. The pride and social status of each caste is designated not through talent, professional skill or economic mobility, but is fixed at birth.

Ambedkar played a pivotal role in diagnosing the ills of a caste society and struggled all his life to liberate Dalits from social discrimination, economic alienation and political exclusion. He was a great champion of modernity and hoped that the upcoming industrial development, democratic institutions and republican values would form the superstructures on which the liberation of untouchables will be assured.

He hoped that the modern public sphere would be secular and erstwhile social designations would periodically cease to operate. Armed with constitutional directives and protected by modern institutions, it was assumed that Dalits would emerge as modern citizens and would exploit the benefits of a liberal democracy without social fears and prejudices.

However, Ambedkar wasn’t convinced by this progressive evaluation of the modern secular life. Instead, he identified the division between the Brahmanical social world and the new secular political sphere. At the inception of India’s republic, he acknowledged, “Indians today are governed by two different ideologies. Their political ideal, set out in the preamble to the constitution, affirms a life of liberty, equality and fraternity. Their social ideal, embodied in their religion, denies them.”

If not reformed, he warned that the social order could surely contaminate and destroy the revolutionary credentials of the new secular world. Without radical reforms in Hindu society, it would be extremely difficult to make vital progress in a democracy. The social order must supplement the humanist virtues and objectives that the modern constitution has so meticulously architected. The caste order must be converted into a humanist social system, promising each individual equal capacities, freedom and power to achieve their life goals.

Ambedkar believed that Buddhist philosophy has better ethical credentials and could supplement the ethical foundations of modern society. He offered ‘fraternity’ as the guiding principle for the new social and religious order. On October 14, 1956, along with lakhs of followers, he converted to Buddhism and opened a new chapter to discuss the need for dynamic social and religious change. The major imperative of religious conversion was to reject the caste order.

Since independence, the nation has witnessed positive changes due to progressive laws, affirmative action policies and religious-social reforms. Urbanisation and education have brought former untouchables closer to the status of citizenship. A cursory review of the Dalit question in the post-1990 period would also demonstrate that small but visible sections within the Dalits have improved their class and social positions, and have entered middle-class spaces. Dalit political agency is now vocal and influential. However, this reflects the realities of only a small section of the community.

Dalits are a huge population and only a handful sections can be counted as beneficiaries of constitutional changes. Many more remain ‘citizens in the making’, as the legacy of a brutal past and memories of their undignified labour still haunt them in their everyday life. A large chunk of the Dalit population still survives as the most disadvantaged lot, facing caste atrocities and violence in  both and rural and urban spaces. The state often show criminal negligence towards their condition.

Within the conventional social arrangement of power, the idea of Dalit person as an equal rights-bearing modern citizen is yet to be accepted. The social elites or the dominant castes are reluctant to agree that caste hierarchies can be altered just because Dalits have gained some economic mobility or educational status. Therefore, even their claims for human rights, social dignity and political assertion are met with discriminatory practices or even brutal repression. The Dalit question brings disgust and hatred, especially during discussions on marriage prospects, rituals and religious traditions, and also during the selection of employable candidate for jobs.

A general review of caste atrocities will show that the dominant castes perpetrate violence against the Dalits on three major issues. First, Dalit men are seen as the threat to the social honour of the ruling elites. The possibility of a Dalit man falling in love with the girl from a ‘superior’ caste is seen as the challenge to feudal power and social status.

Second, Dalits’ claims for basic economic rights, land rights or even demands for proper wages are treated as the challenge to village traditions and the feudal order. In Bihar during the 1990s, radical Maoists mobilised Dalits mainly on agrarian questions and encouraged them to fight the feudal landlords. However, such mobilisation soon ended in bloody caste clashes and violent massacres.

Third, Dalits utilise constitutional safeguards to enter public institutions and toil to improve their economic status. However, even in modern urban institutions, they face caste discrimination and exclusion. The terrible ends of Rohith Vemula and Payal Tadvi, in two prestigious academic institutions of higher learning, bear testimony to such unpunished criminal acts.

Dalit women often face the worst burnt. Within crimes against Dalits, the number of heinous cases of sexual harassment and rape of Dalit women is staggeringly higher. On September 29, 2006, four members of the Bhotmange family belonging to the Mahar caste were murdered in a small village called Khairlanji in Bhandara district, Maharashtra. The women of the family were paraded naked before being murdered. Almost two months after the incident, the news became widespread on electronic media and Dalits started protesting against the atrocities in all major cities. Only after the news became global and massive pressure was built on the government, did the authorities jump into action.

According to 2016 National Crime Records Bureau data, of all crimes committed against members of Scheduled Castes, the largest number is against Dalit women. The data also suggests that over four Dalit women are raped every day. Though the state is equipped with powerful constitutional directives to protect Dalits from caste atrocities, it has often been a complacent accomplice.

Though, the nation celebrates its republican values and overwhelmingly participates in electoral democratic processes, the social and cultural milieu has retained its conventional conservative avatar. The Dalit location is still ghettoised and there claims for basic human rights are often denied. Babasaheb Ambedkar led an inspirational battle to correct the historic wrongs of Hindu society. He suggested that the validity of any socio-religious order must be judged on foundational ethical principles of liberty, equality and fraternity. For a fraternal social life, it is required that the ‘inferior-superior’ caste appendages must cease and people function sans discriminatory cultural and ritualistic norms.

Many sporadic and vociferous struggles from Dalits have demonstrated that their active agency will not allow Brahmanical hegemony to retain its criminal grip on society. In all such battles for social justice and human rights, Dalits look at Ambedkar as the prime source to find meaning. His name, portrait or statue become symbols of Dalit assertion.

Till the substantive liberation of Dalits from all illegitimate social inequalities and religious coercions is not achieved, Ambedkar will be required more in the battles for social justice than anything else.