Will Patanjali’s Second Wave of Growth Be as Easy as its First?

While the rest of the FMCG industry is recovering nicely from demonetisation and GST, why is Patanjali still suffering from 'lingering effects'? 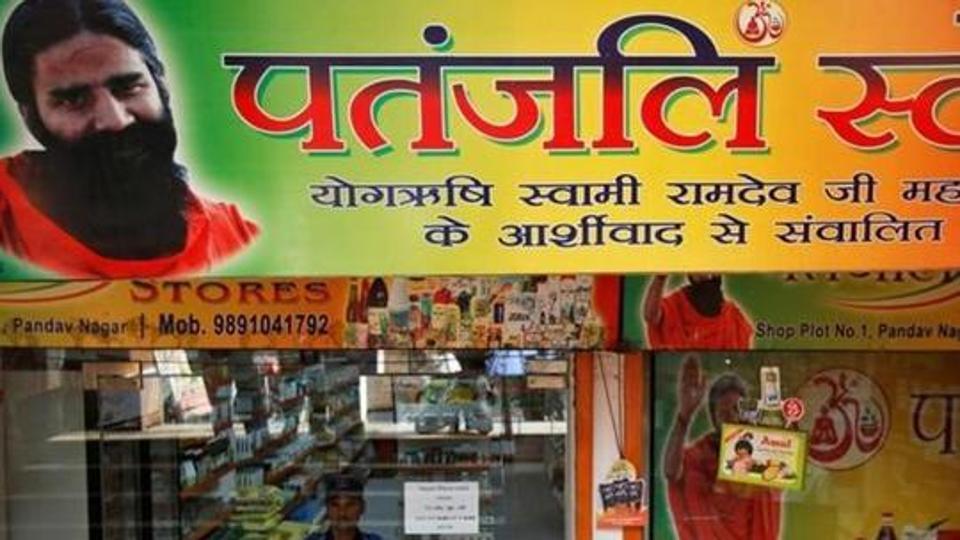 A security guard watches the entrance to a Patanjali store in New Delhi. Photo: Reuters/Adnan Abidi

New Delhi: Patanjali Ayurved’s dream to become India’s top FMCG company, overtaking Hindustan Unilever Ltd (HUL), appears to have it hit its first solid speed bump since its inception. The company’s scorching pace of growth has stalled as a result of intensified market competition and perhaps the inherent limitations of faith-based marketing and distribution strategies.

The firm’s chaotic expansion has, over the last two years, taken a toll on the quality of the company’s flagship products and its brand value, forcing customers to go back to their previous choices, products of rival firms available in the market.

Elaborating on Patanjali’s growth plans, yoga guru Baba Ramdev – who is the face of the company, if not the actual promoter – had in May 2017 claimed that Patanjali would continue to “double revenue every year” to cross Rs 20,000 crore by March 2018 and subsequently cross the annual revenue of market leader Hindustan Unilever (HUL) by March 31, 2019.

“We have closed the year around the same level as the previous fiscal year’s revenue,” Acharya Balkrishna, managing director, Patanjali, admitted publicly last month, and added that the “lingering effects of the demonetisation and the implementation of goods and services tax (GST) impacted growth.”

Balkrishna also expressed hope that Patanjali would do better in 2018-19 – a significant climb-down from its earlier brash revenue targets.

The only thing odd about Patanjali’s defence? All of its main competitors and rivals had done well in comparison in the same year.

HUL’s domestic business grew by 12% during the year ended March 31, 2018. Nestle India, which follows January-December accounting year, saw a 10.5% increase in its revenue while ITC Ltd’s non-cigarette packaged goods grew by 11.3% in 2017-18.

In fact, the overall FMCG sector grew by 13.5% growth in revenue in 2017-18, the fastest in three years, as per data compiled by market research firm Nielsen India.

So, what gives? Why is the rest of the FMCG industry recovering nicely from demonetisation and GST, but Patanjali still suffering from “lingering effects”?

One theory doing the rounds has to do with how the company’s alternative distribution strategy may or may not have been impacted.

While Patanjali’s shtick was to capture the traditional and Ayurvedic-centric portion of the larger FMCG pie – helped by Ramdev’s yogic marketing, which in reduces advertising costs – its real secret sauce was a network of dedicated retail stores run by local entrepreneurs entirely with their own investment.

These stores, start out essentially as Ayurveda clinics, staffed with medical practitioners who are in most cases trained and certified by Patanjali. The way Starbucks uses its cafes to sell other merchandise, Patanjali used its franchisee Ayurvedic clinic network to double up as retail stores. 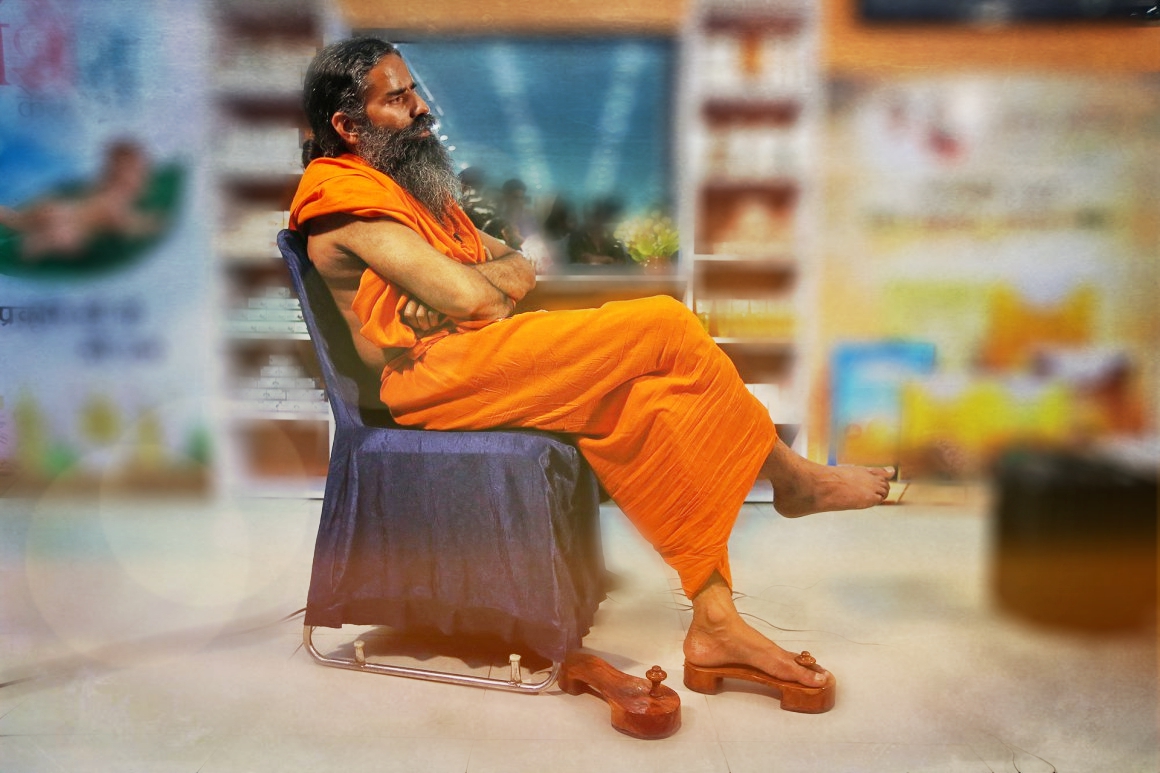 This proved to be extremely successful: one analysis from 2016 noted that on days when the store’s medical practitioner is absent, retail sales fall by anywhere between 30% to 40%.

The sales at these type of dedicated stories contribute to 60% of Patanjali’s revenue.

The theory, therefore, is that these Ayurveda clinics-cum-stores have been more susceptible to the effects of demonetisation and GST, unlike the general trade stores and grocers that other FMCG players primarily depend on.

Several industry executives who The Wire spoke to indicated that other general retail networks, including local kirana stores, naturally form informal methods of credit that helped them recover from demonetisation and were already well on the way to switching to the IT systems that GST requires.

The nature of Patanjali’s retail network, and the fact that it’s an unlisted company, means there is less data on how its individual stores may have weathered the financial shocks of the last three years.

On the other hand, retail experts attribute Patanjali’s poor performance to factors like intensified market competition and Patanjali’s failure to manage its expansion.

When Patanjali entered the packaged Ayurveda space, there was little competition in the area and existing players had done even less in leveraging their brands in that direction.

However, things have changed dramatically since then. Most of the producers of consumer goods have expanded their herbal offerings. HUL bought Ayurveda hair-care brand Indulekha in 2015. It launched a new range of personal care herbal products under its Ayush brand in 2017. In 2016, oral care company Colgate too had launched its herbal toothpaste.

“The natural segment in India has been growing rapidly. And to capitalise on this, we’re revitalising our Colgate Active Salt toothpaste bundle,” Ian Cook, global CEO Colgate Palmolive, was quoted as saying.

Dabur has also effectively responded to the Patanjali challenge in some of its main product categories such as oral care and honey.

Dabur CEO Sunil Duggal has said his company no longer viewed Patanjali as a threat, particularly in the honey segment. “We are beginning to regain some of the lost shares, we have rebalanced the whole value proposition for honey. So, from that point of view, it is largely over.”

Industry watchers expect competition to become tougher for Patanjali over the coming days. Patanjali needs to work on its fundamentals to stay in the competition. However, it is not doing much on this account.

Instead, Patanjali appears to be venturing into completely unrelated businesses. For instance, in December 2017, the company’s management announced that it would get into solar equipment manufacturing and plans to invest Rs 100 crore in a facility in Greater Noida that would start churning out solar panels.

Experts have warned that the company could struggle if it continues to neglect its fundamentals.

While Patanjali did disrupt the market and forced existing companies to extend their herbal offerings, the business has reached a scale where doubling the turnover would definitely be a challenge, said Ankur Bisen, vice-president at consulting firm Technopak.

Bisen added that while Patanjali was earlier able to milk its small base and focus on core products, as its business has grown, it needs a different kind of focus and distribution muscle to expand, especially with the biggies now competing with it in the market.

Over the last 18 months, another concern that has been raised is that Patanjali will need to invest significantly in quality control to keep up with future expansion. Over the last two years, the company has run into embarrassing controversies over failed quality tests.

For instance, in June 2017, Nepali authorities announced that six Patanjali medical products had failed microbial tests and were found to be substandard. This was followed up by the Indian army’s canteen stores department spending the sale of Patanjali’s amla juice after it failed to clear a laboratory test.

While such concerns run across the FMCG sector – the most infamous episode being the Nestle-Maggi controversy in 2015-16 – Patanjali will have to be on guard.

Lastly, Patanjali’s initial expansion has been aided, in no small part, by the goodwill that Baba Ramdev and his promotion of Ayurevda has enjoyed by both Congress and BJP-ruled states. In states controlled by the BJP, a Reuters investigation found that Patanjali received a discount of 77% for the land it purchased. The company itself has admitted being an “ayurvedic company”, many states also gave them free land.

Its next wave of growth will not be as easy, as its demand for more concessions clashes with greater public scrutiny over Patanjali’s relationships with elected government officials.

While it still gets what it wants, a recent back-and-forth with the Uttar Pradesh state government showed that it may be harder in the future. As The Wire reported, it took public threats of leaving the state from Balkrishna to drive the Yogi Adityanath-government into submission and tack on extra special concessions and favours.

On other fronts, it will have to play the traditional India Inc playbook. For instance, its hope to grow inorganically in the refined oil segment by taking over operations of bankrupt Ruchi Soya were spoiled with rival Adani Wilmar appearing to have won the bidding race.