By Rethinking a Zero IUC Regime, TRAI Is Walking Down an Anti-Consumer Path

The interconnect usage charge game is one that's always placed corporate interests before those of India's consumers. So why has the regulator blinked? 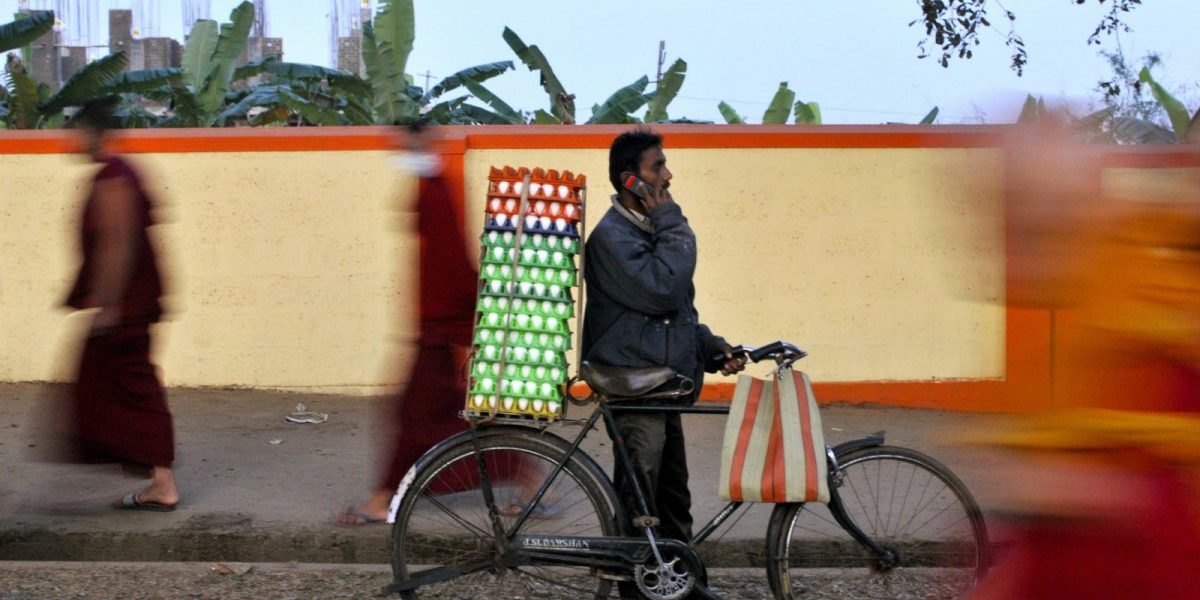 There is a big digital divide in India between haves and have-nots, thanks to a loophole in regulations that encourages incumbent telecom service providers to keep tariffs high for the consumers who are at the bottom of the pyramid.

Subscribers of 2G services pay up to Rs 1.80 per minute for a ‘2G telephone call’, while the average tariff for a one-minute call is less than 3 paise per minute for a 4G subscriber, with free broadband internet access. In fact, at Rs 49, one operator gives unlimited calls and 1GB of data download.

One culprit behind India’s reluctance to migrate fully to 4G telephony – and away from costly and spectrum-inefficient circuit-switched calls – is the is anti-consumer ‘interconnect usage charge (IUC)’ regime.

Currently, the IUC is fixed at 6 paise per minute. This is the price that a telecom operator (from where the call originates) pays another to terminate a call. For example, if an Airtel subscriber calls a Vodafone subscriber, then Airtel will pay at the rate of 6 paise per minute to Vodafone.

Also watch: What Is 5G and Is India Ready For It?

When the Telecom Regulatory Authority of India (TRAI) issued the new IUC regulations two years ago, it had hoped that operators would upgrade their networks fully to 4G, thus effectively removing the need for an IUC at all.

However, TRAI’s half-hearted approach has only delivered half-hearted results.  Thus, last week, on September 18, 2019, the regulator released a new consultation paper to review its earlier decision of bringing down IUC to zero paise from January 2020.

In many countries across the world, an IUC regime is seen as an incentive for incumbent telecom operators to keep providing outdated 2G services and avoid shifting to full VoLTE 4G networks.

The theory is that instead of investing on upgrading their networks, it makes business sense for incumbent operators to keep tariffs high for lower-income subscribers so that they give a missed call whenever they want to talk to someone. On receiving a missed call, a subscriber at competitor’s network would call them back, thus generating revenue for the incumbent operator.

The IUC game is also inevitably stacked against newer operators, who are more likely to invest in the latest technology. New entrants to the telecom industry have fewer subscribers than their incumbent competitors. This means that there are usually more outgoing calls than incoming calls, and thus they pay more IUC than they receive.

As a result, there is still a traffic imbalance between incumbent operators and new operators as seen in the chart below. 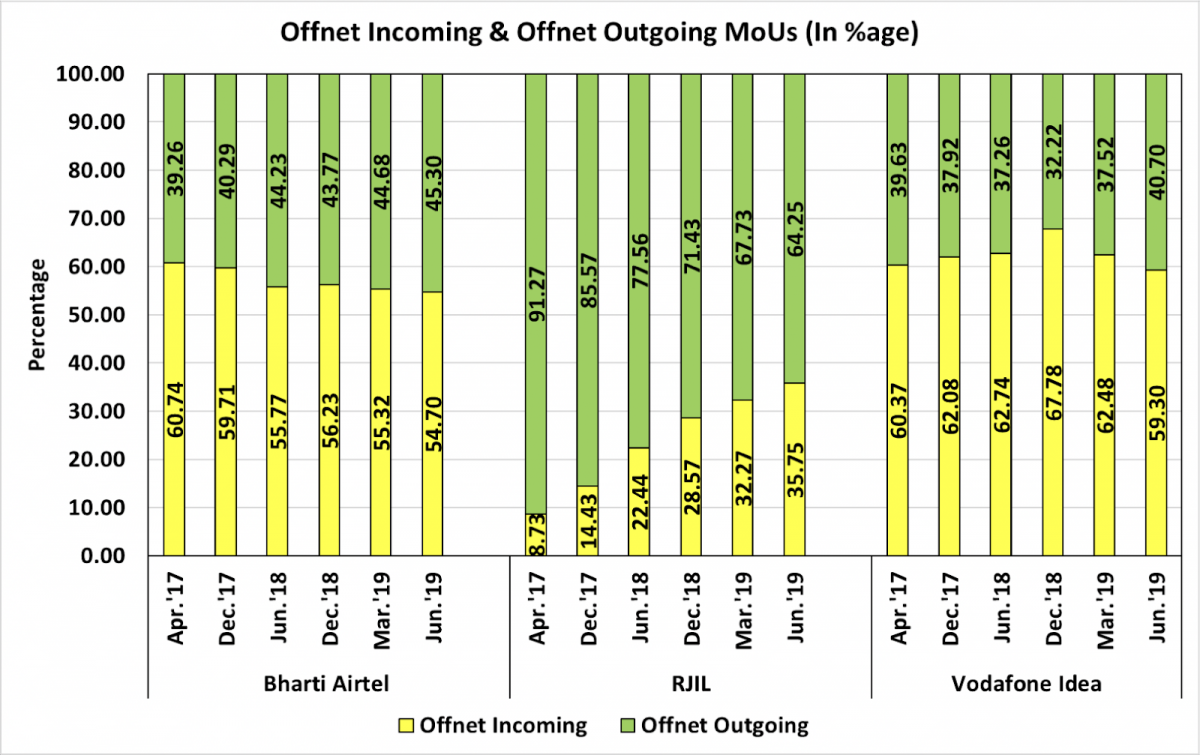 Now, this traffic imbalance could be removed with proper technology upgradation of their networks and shifting people away from 2G calls to 4G VoLTE telephony. But instead the IUC regime is often used as a tool to maintain the status quo and continue with the outdated 2G technology.

Unfortunately, in the telecom sector, the whole debate is focused around corporate interests while the consumer is a casualty.

All the ‘stakeholders’ that participate in TRAI discussions build their arguments around revenue generated or lost by a telecom service provider.

For example, in 2017, the public debate was largely framed as Airtel and Vodafone on one end of the boxing ring and Reliance Jio in the other — with the former accusing the latter of benefitting the most from TRAI’s decision to cut IUC charges.

Today, the lines between both camps are more blurred, especially with Reliance Jio’s rise to becoming a market leader, but there is still no reference to consumer interests.

Ultimately, the arguments will end up, as they usually do, revolving around the so called poor financial health of the sector; something that is actually primarily due to the greed of the telecom service providers.

In such decisions that impact crores of subscribers, TRAI’s focus should be only on the consumers. A high IUC is against the interests of consumers and the orderly growth of the sector, as it discourages new, more efficient technologies.

When the new IUC regulations were announced, The Wire published an article on arguing that the regulator’s move was timely and in fact should be sped up. With TRAI now looking like it will backpedal and delay the implementation of a zero-IUC regime, it will not only be anti-consumer but also delay achieving the Centre’s Digital India goals.