The judges did not buy the argument that there was a political conspiracy against the liquor baron, or that he would not receive a fair trial in India. 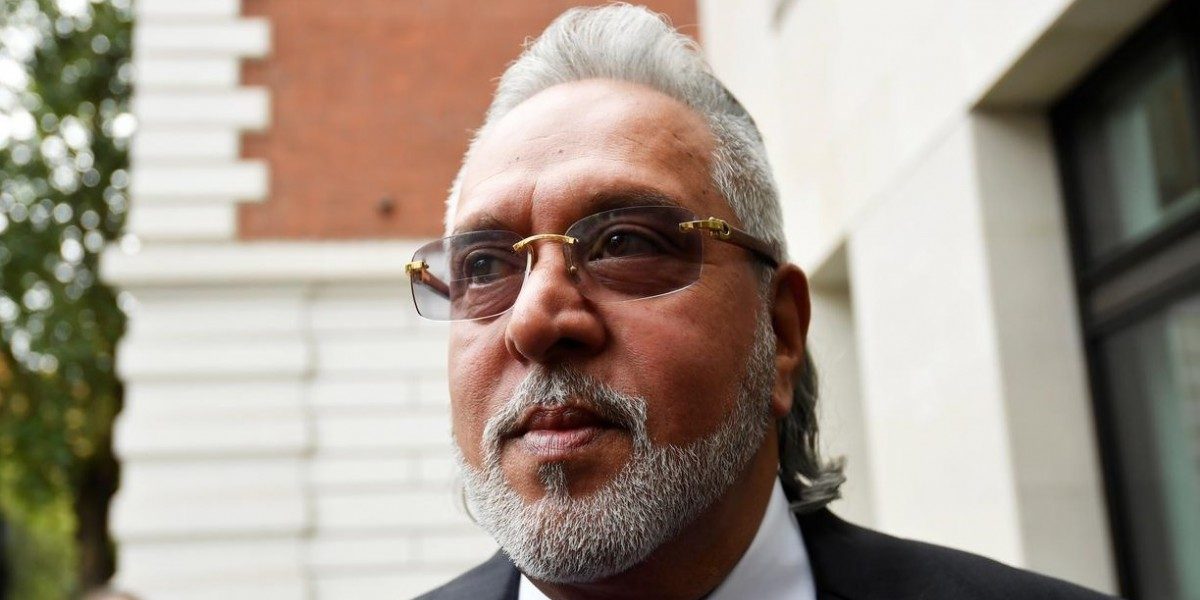 London: Vijay Mallya received a new lease of life as the high court allowed him to appeal against the decision of the Westminster Magistrates’ Court on the grounds that the district judge did not consider the “nature of complexity of the material” and was “wrong to conclude that the GOI had established a prima facie case.”

Speaking to The Wire as he walked out of the Royal Court of Justice, he said, “I’m very happy. The judges did not agree with the Westminster Magistrates’ Court decision on the grounds of prima facie evidence. This is an opportunity that is provided by the divisional bench of the high court to appeal against the extradition order, that is all I have to say.” He faced a barrage of questions from reporters.

His wife Pinky Lalwani, who was sitting with hands folded in prayer as the judges returned to the chamber to deliberate on the decision, was all smiles as they left the court with a happy Siddharth Mallya, who was accompanying his father to “lend support”.

While the bench was persuaded that the first ground of appeal was “reasonably argued”, on the next four grounds the judges found no reasons to allow appeal.

On conspiracy to commit fraud and various money laundering charges, the bench agreed that a fair amount of evidence in that would be looked at in the first ground of misrepresentation. “The common ground is that those offences are parasitic on the first two counts,” said Justice George Leggatt.

The second ground that looked at “extraneous considerations” failed to persuade the judges. The judges simply did not buy Mallya’s representative Clare Montgomery’s argument that there was a political conspiracy to prosecute Mallya. “We do not believe there is a case on that basis even in the broadest sense. It is necessary to produce evidence to show that the individual is being persecuted on the basis of a political opinion he holds. Ground two cannot succeed,” said Justice Leggatt.

Montgomery also raised the issue that Mallya will not receive a fair trial in India, which the judges also did not buy. They said, “The Indian judiciary, certainly at the level of high court and above was independent.”

Montgomery was also unable to convince the judge that Mallya’s human rights will be affected in Arthur Road jail. Mallya’s team produced fresh evidence in the form of a statement by one Yadhav, who had visited the jail on several occasions, that spoke about the unhygienic, inhuman and degrading condition of Arthur Road jail. The judge did not think this evidence could be admissible in this court as there was no reason why this could not have been brought to the lower court proceedings.

“It’s non-acceptable for parties to bolster the evidence relied on lower court unless a proper foundation has been shown to establish that the evidence was not available during the extradition hearings in lower court.”

Mallya’s counsel will now discuss with the CPS on material evidence to be made available to the judges and a suitable date for the hearing will then be decided. This could span over months.

In December 2018, chief magistrate Emma Arbuthnot of the Westminster Magistrates’ Court had upheld prima facie charges against the defunct Kingfisher Airlines (KFA) owner and had sanctioned his extradition to India to face trial. This was followed by home secretary Sajid Javid signing the extradition order on February 4. Ten days later, Mallya approached the high court in London to appeal against the district judge’s order.

However, when the case came before the ‘judge on paper’ in April, Mallya’s written submissions were closely scrutinised for merit and found wanting. The judge refused permission to admit the case for a substantial hearing.

Within five days, Mallya renewed his application for permission to appeal, which led to Tuesday’s (July 2) oral hearing in the administrative court, where the former liquor baron has another chance to convince the bench of Justices George Leggatt and Andrew Popplewell to allow the case to move towards a substantive hearing for appeal against the district court’s decision.

Noticeable by their absence were the Crown Prosecution service and representatives of the CBI and ED from India, though the India High Commission in the UK had sent an officer to watch the proceedings.

At the onset, Clare Montgomery, who represents Mallya, laid out the three points they wanted to delve into to show the court that the Westminster Magistrate’s Court decision to extradite the Indian businessman required a rethink.

Her first argument was that district magistrate Emma Arbuthnot should not have agreed that there was a prima facie case, as most of the documents and star witnesses provided by the Crown Prosecution Service representing India “should be inadmissible under section 84”. “Section 84 is about witnesses being authentic and reliable, then you expect the judge to have given some thought to why they were so identical and how it affects their authenticity and reliability. They are just cut and paste accounts,” says Montogomery.

The second argument made was that there was no conspiracy to commit fraud as Mallya “invested close to Rs 2000 crore in KFA”. She questioned how the banks could be misled when “they actually had the annual report”. She went on to say that the Government of India provided “less than 1% of the material” that is supposed to have exposed that Vijay Mallya misled the banks.

The third argument – which Mallya’s team will deal with post lunch – would look at breach of speciality. Mallya had strongly argued that he was being made a scapegoat of a political vendetta and has raised concerns about prisons in India. However, the district judge was convinced with photographic and video evidence from the prison and assurances by the sovereign state (India) that Mallya’s human rights will not be breached in Barrack 12 of Arthur Road jail in Mumbai.