Finance minister Nirmala Sitharaman had earlier this week stated that online cab aggregators like Uber had added to the depressed demand for cars. 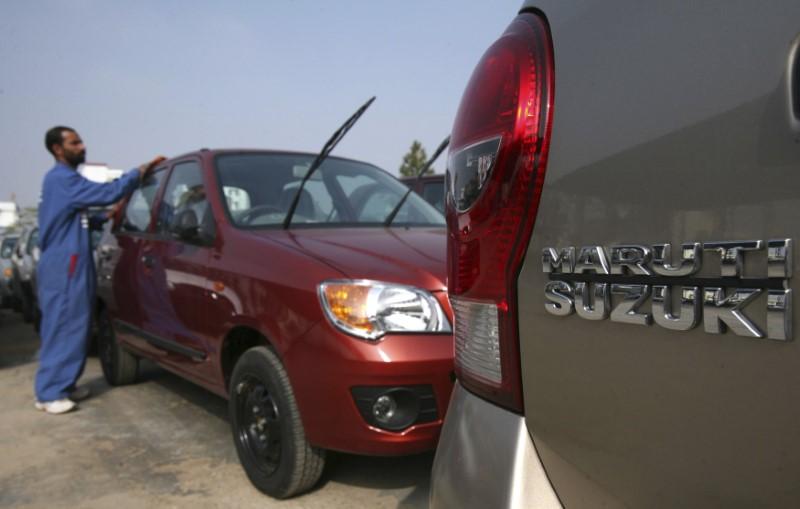 A worker cleans a parked car at the Maruti Suzuki's stockyard on the outskirts of Jammu January 4, 2011. Photo: Reuters/Mukesh Gupta/Files

New Delhi: Millennials opting for ride hailing services like Ola and Uber may not be that strong a factor for the current slowdown in auto sales and a detailed study is needed to arrive at any conclusion in the contrary, according to a top official of the country’s largest carmaker, Maruti Suzuki India.

On Tuesday, finance minister Nirmala Sitharaman had said a change in the mindset of millennials, who now prefer taxi aggregators like Ola and Uber instead of committing for monthly instalments to own a car, was among one of the many factors responsible for the slowdown in the automobile sector.

“The Ola and Uber factor may not be strong to contribute to the current state of slowdown. I think we need to watch and study it more before arriving at such a conclusion,” Srivastava said.

He further said, “Ola and Uber came into existence during last 6-7 years. In this period, the auto industry also saw some of its best times. So, what happened only during last few months that the downturn became so severe? I do not think it is only because of Ola and Uber.”

Srivastava gave the example of the US market, where Uber is a big player and the car sales in the last few years are robust.

“In India, 46% of the car buyers are first-time users. It is an aspirational behaviour. People may use public transport like Ola and Uber to go to offices on weekdays, but still they buy a vehicle for the weekend outings with the family,” Srivastava explained.

“The pattern of ownership in India has not changed yet. We have to watch on a longer period to see if there is a structural change in buying pattern,” he added.

Srivastava said there are many reasons for this downturn in the auto market such as liquidity crunch, increased prices of products due to regulatory issues, higher taxes and rise in insurance rates.

He also said the government’s measures announced last month to tackle the slowdown is not sufficient and those are helpful for long term health of the industry as they basically addressed the sentiments of the customers.

According to the Society of Indian Automobile Manufacturers (SIAM), domestic vehicle sales in August declined by 23.55% to 18,21,490 units from 23,82,436 units in the same month last year.

Srivastava said MSI has launched new versions of its various product range and the company is hopeful of some positive results during the forthcoming festive season.

When asked if the company regrets the lukewarm response from the government in handling the situation and absence of any stimulus package, Srivastava said: “The government knows the exact situation. I believe they have to take care of the entire economy. I am sure they will do the best for the economy and the industry.”