Trump Jr. Says Missing Out on India Deals Because of Father’s Self-Imposed Curbs

"India, it has been an important market for us, but again there is this opportunity cost of the deals that we are not able to do that don't get discussed," Trump Jr. said. 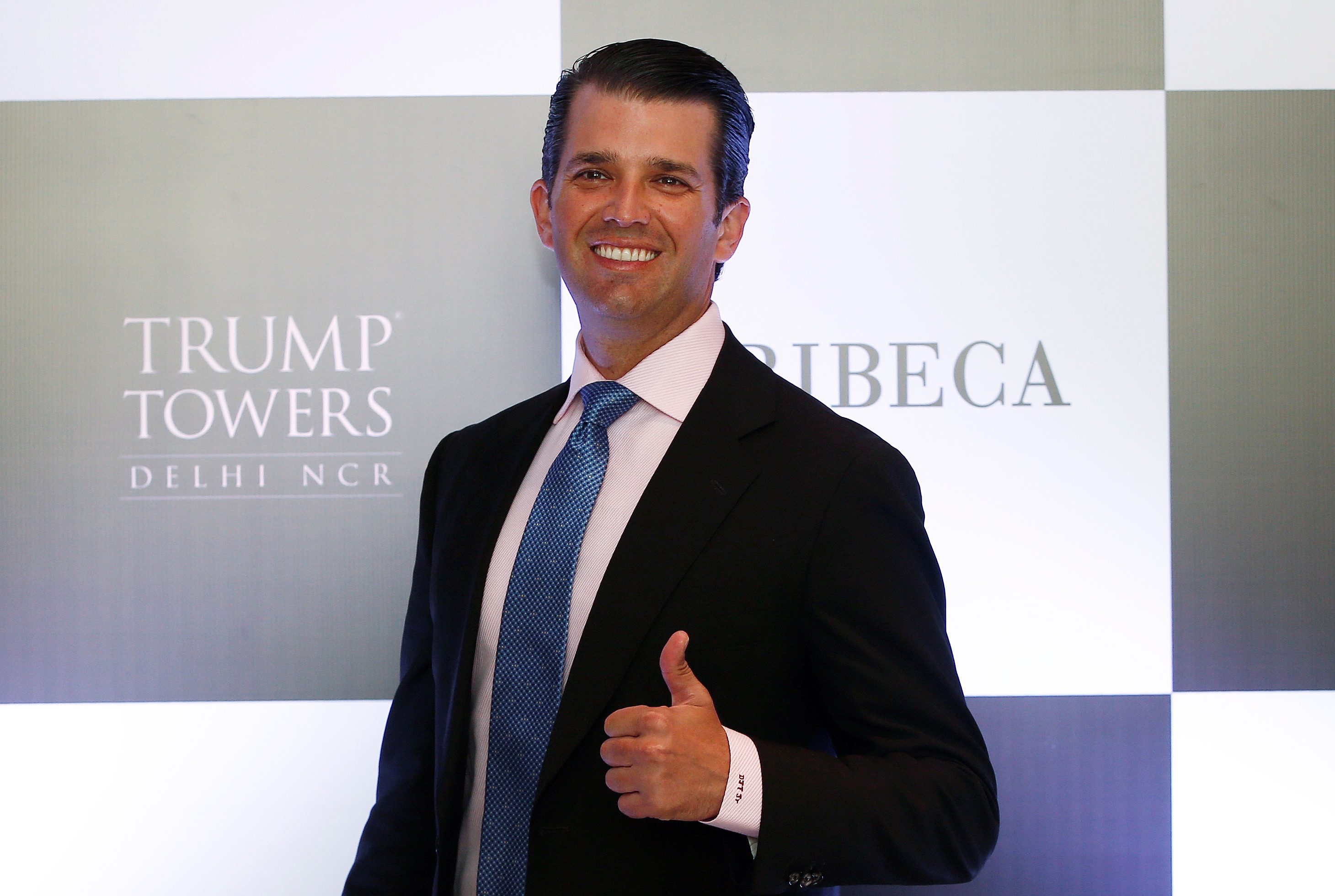 New Delhi: US President Donald Trump‘s elder son described India as an important market for The Trump Organisation but said the global company will lose out on new deals because of self-imposed restrictions put in place by his father since he took office.

Donald Trump Jr.’s comments, at the start of a trip to woo buyers for his luxury residential projects in several Indian cities, appeared aimed at blunting criticism that there could be possible conflict of interest in pushing the Trump brand name.

“Few years ago, I said it would become our largest (market) because I really believed in the market… I think it will continue to be the same when I am able to get back in the market and focus on the business side, on new deals again in the future, once my father is out of office,” Trump Jr. told television channel CNBC-TV18 late on Tuesday.

Shortly before taking office last year, Trump Sr. said he would hand off control of his business empire, which includes luxury homes and hotels across the world, to his sons Donald and Eric, and move his assets into a trust to help ensure that he would not consciously take actions as president that would benefit him personally.

Many government and private ethics watchdogs said he should have gone further, divesting himself of assets that could cause a conflict of interest. His partners in India meanwhile are playing up the Trump brand.

In the days leading up to Trump Jr.’s visit, one of its development partners in Gurgaon, near the capital of New Delhi, launched an advertising campaign on the front page of India‘s most widely circulated newspapers to lure buyers.

Book your Trump Towers’ residence before February 22 and join Mr Donald Trump Jr. for a “conversation and dinner” on February 23, the advertisement said, luring buyers with a chance to rub shoulders with the president’s family.

“Opportunity cost of the deals”

The promoter advertised that among the buyers for apartments in the 47-floor tower are a famous Indian cricketer and an art maestro, neither of whom was identified.

“India, it has been an important market for us, but again there is this opportunity cost of the deals that we are not able to do that don’t get discussed,” Trump Jr. said, shrugging off criticism about profiteering from the president. Donald Trump Jr. gestures as Basant Bansal, chairman and managing director of M3M India and Kalpesh Mehta, founder of Tribeca Developers, look on during a photo opportunity before start of a meeting in New Delhi, February 20, 2018. Credit: Reuters/Adnan Abidi

“We could do so many more but we are not doing those,” he said, adding that even as his father put curbs in place, he got no credit for doing so.

Trump Jr. will fly to Pune on Wednesday to meet his development partner after which he will be in Mumbai on Thursday attending a champagne reception with buyers of Trump apartments built in partnership with Lodha Developers.

Trump Jr. will be speaking to Indian business leaders later this week on Indo-Pacific ties. Prime Minister Narendra Modi will also be present at the event.

A US intelligence assessment last year found Russia had meddled in the 2016 US elections and that its goals eventually included aiding Trump Sr. Former White House chief strategist Steve Bannon in his new book expressed derision and astonishment over a 2016 meeting betweenTrump Jr., his father’s top campaign officials and a Russian lawyer, terming it “treasonous”.

Russia has denied meddling in the election and Trump Sr. has denied any collusion between his campaign and Moscow.