While the telecom department will have to call on the regulator's recommendations, TRAI has also reserved the right to regulate and enforce non-discriminatory access within its framework. 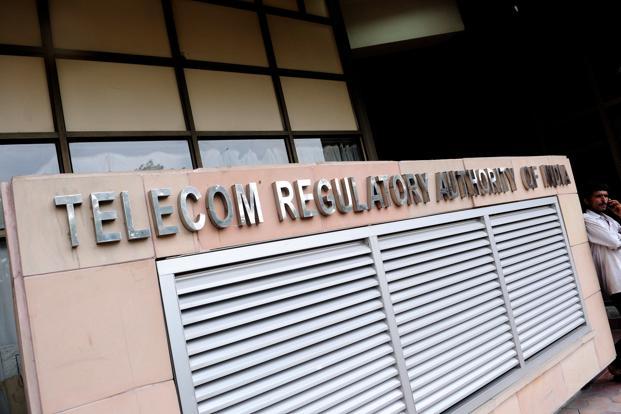 New Delhi: India’s telecom regulator on Tuesday (November 28) came out swinging in favour of the principle of net neutrality, proposing a set of recommendations that would prohibit Internet service providers from engaging in “any form of discrimination or interference” in the treatment of online content.

If adopted by the Narendra Modi government, internet service providers would not be able to engage in practices such as “blocking, degrading, slowing down or granting preferential speeds or treatment to any content”. In essence, your ISP will not divide Internet access into slow and fast lanes (depending on how much extra you pay for a service) or discriminate against any content.

In its recommendation order, the Telecom Regulatory Authority of India (TRAI) has indicated that these principles of non-discrimination and equal access can be brought into force with amendments to the license agreements that govern bodies which provide internet services in India.

“The authority has recommended an amendment to the license agreements to clarify the principle of unrestricted access given under the appropriate license agreements. It has also expressed other views relating to the applicability of the principle; acceptable traffic management practices and permissible exceptions,” the regulator said.

While these recommendations (in particular the license amendments) will only come into force if the Department of Telecommunications decides to implement them, TRAI quietly notes that pending consideration, it may regulate the “manner in which the current licensing requirement of unrestricted access to all content on the Internet is implemented and enforced”.

Consequently, on issues that concern consumer protection, transparency and monitoring of compliance, the telecom regulator may go ahead and issue regulations as it sees fit.

TRAI’s recommendations come after nearly 18 months of public consultation and deliberation.As The Wire had reported back in June 2015, while the issue of differential pricing of data (the Free Basics affair) was resolved by the telecom regulator, other aspects of net neutrality such as speed (should your ISP) be allowed to slow down/throttle your connection?) or access remain unresolved.

The telecom regulator had accordingly initiated a two-stage process to tackle these various issues in the form of a pre-consultation phase and a full-blown consultation process that has now come to an end.

One particularly contentious aspect of the net neutrality debate was the issue of traffic management practice (TMP). TMPs are particularly controversial in this regard because more often than not, Internet service providers throttle or block traffic under the pretence of managing traffic. The regulator, in its recommendations strikes a balance, nothing that “reasonable traffic management practices is necessary for delivering IP traffic on best efforts”.

“The authority finds that allowing TSPs to carry out reasonable traffic management practices is necessary for delivering IP traffic on best efforts, which is essential to the design of the Internet. The authority may, from time to time, frame appropriate regulations to specify further details regarding the scope and assessment of reasonable traffic management practices,” the reccomendations say.

In addition to this, the regulator lists out other “legitimate purposes for which TSPs may need to intervene in the traffic flowing on their networks”.  They are:

a) Emergency situations and services

c) Maintaining security and integrity of the network

d) Services that may be notified in public interest by the Government/ Authority, based on certain criteria.

TRAI’s recommendations also will not apply to “specialised services by a licensee” which are defined as “services other than Internet Access Services that are optimised for specific content, protocols or user equipment”. Government sources point out that in the future online services that intermesh with society such as autonomous cars or medical technology  may qualify as specialised services.

The telecom regulator has also proposed a rough outline of the “relevant body that should be tasked with monitoring and enforcement of net neutrality violations”. During the net neutrality consultations, a question that was raised was whether TRAI had sufficient resources and authority to tackle the numerous issues associated with detecting and monitoring of potential violations.

While transparency pertaining to TMPs can play an important part in ensuring adherence to the key principles, relying on transparency alone may not be sufficient in the long run. Therefore, in addition to setting out transparency obligations, the authority also found it pertinent to raise questions relating to the relevant body that should be tasked with monitoring and enforcement of net neutrality violations; the composition of such a monitoring body; the tests, thresholds and technical tools that may be adopted to detect any violations; and finally, the remedies that will be available to address detected violations.

The regulator’s proposal is to create a “collaborative mechanism to deepen the knowledge of various stakeholders on issues relating to traffic management, implementation of exceptions, implementation of transparency measures and other relevant aspects”.

This mechanism would take the form of what it refers to as a multi-stakeholder body (with representatives from TSPs, ISPs, content producers, civil society and consumer body representatives) that will develop the manner in which net neutrality violations can be monitored and plugged.

“The body would be tasked with the responsibility of developing technical standards pertaining to monitoring of TMPs and enforcement of the principles on non-discriminatory treatment and making appropriate recommendations to the Authority. However, this collaborative mechanism is not intended to replace the monitoring and enforcement powers that the Authority may exercise, if required. Accordingly, any recommendations made by the body will only be advisory in nature and will not be binding either on TSPs or the authority,” the regulator said.