However much Modi tries to convince people that things are better today than in the pre-NDA era, his government has struggled to make considerable progress in most areas of India's political economy. 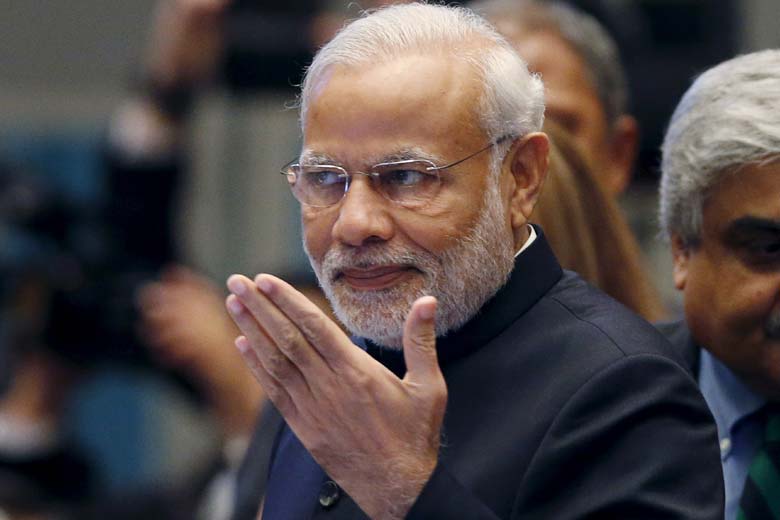 Prime Minister Narendra Modi has kicked off disruptive change. But is it real transformation? Credit: Reuters

However much Modi tries to convince people that things are better today than in the pre-NDA era, his government has struggled to make lasting progress in most areas of India’s political economy.

Prime Minister Narendra Modi has kicked off disruptive change. But is it real transformation? Credit: Reuters

If one simply goes by the key economic data released by the Modi government, the performance of the NDA over the last three years has been subpar. We are far from experiencing the achhe din Modi had promised in his election speeches in early 2014. Even after “refining” the methodology for calculating GDP and Index of Industrial Production the Modi government has ended up making the last two years of UPA look better and its own three years much worse. Remember, just a few months after taking charge, finance minister Arun Jaitley had confidently proclaimed that the economy had bottomed out and was on a rising trajectory. Three years later, most independent estimates of GDP growth for 2016-17 are about the same or even lower than the worst year of economic growth (6.9%) under UPA in 2013-14 when despondency was the dominant sentiment. The BJP, in its run-up to the 2014 elections, had heavily exploited this fact and raised the slogan of achhe din in its election campaign.

As things stand today, additional job creation in the organised sector under NDA has been less than half of what was experienced in the last three years of UPA. The Modi government is most embarrassed about this data released every quarter by the labour ministry. When the BJP president Amit Shah was pointedly asked about the sharp slowdown in the formal sector jobs in a press conference called to discuss NDA’s achievements, his reply was less than satisfactory. “It is impossible to provide jobs for 125 crores people … self-employment is a big source of employment,” Shah was reported as saying.

An uncharitable interpretation of Shah’s statements could be that most Indians in the job market must fend for themselves. Indeed, data does suggest that nearly 50% of incremental employment in recent decades has come from the ranks of the self-employed. This is mostly in the unorganised sector which constitutes about 85% of the total workforce of 480 million. No study has empirically determined the quality of self-employment in India though the skill development ministry believes only 5% of the total workforce has formal skills. One can well imagine the quality of the remaining 95% of the workforce.

The larger point is that the NDA government in its three years has not been able to reverse the status quo represented by jobless growth. The government has made an astonishing claim that the Mudra Bank loans of Rs 3.15 lakh crore disbursed to 7.5 crore poor must be seen as providing self-employment. The only problem here is that a substantial part of this portfolio was pre-existing and transferred to Mudra Bank from other public sector banks. Besides, many individuals who have borrowed up to Rs 5 lakhs from Mudra Bank were already in the self-employed category. And their commercial activity may not be big enough to provide jobs to others.

However much Modi draws upon his considerable communication skills to convince people that things are better today than in the pre-NDA era, the stark truth of worsening joblessness is not easy to counter.

Another sector where data clearly points to a worsening situation is agriculture. According to Ashok Gulati, the agriculture economist, “The three years of the NDA produced 1.7% growth in agriculture. In the last three years of the UPA, agriculture sector grew by 3.5%. Of course, NDA was unlucky to experience two back to back droughts in its tenure.” The fact, however, remains that Modi made a huge promise of ensuring 50% profit over costs to all farmers. A promise that his government has not been able to keep. Later, the agriculture ministry scaled down its commitment by saying farmer’s income would be doubled by 2022. This would mean at least 10-12% growth in their income every year until 2022. Recently, the Niti Aayog has said even this will be difficult to achieve because farmer incomes have hardly shown any significant growth over the last three years.

Other leading indicators also suggest that the economy is yet to show a secular, upward growth trajectory. Bank credit growth in the last six months since November has been around 4% and this is the lowest recorded in 60 years. We were told bank credit would improve dramatically after remonetisation as banks were flush with deposits. That does not seem to be happening simply because there is little demand in the economy. Private investment is still to pick up in three years of the NDA even though the government departments such as roads and railways have substantially upped their infrastructure spending. The Keynesian logic of public sector spending crowding in private sector investment had not happened so far.

In an article in Business Standard, Vinayak Chatterjee, a leading infrastructure consultant, has said overall infrastructure spending as a ratio of GDP is falling short by close to 4% of GDP annually in the 12th plan period (2012-2017). A shortfall of 4% of GDP works out to $80 billion or Rs 5 lakh crore annually. This is entirely due to the withdrawal of the private sector from infrastructure. This is largely because the bulk of the big infrastructure providing companies in India are among the 50 large groups who owe the Indian banks an outstanding debt of over Rs 10 lakh crore.

Finance minister Arun Jaitley recently said the problem created by these 50 companies had caused a paralysis in the activities of public sector banks. The NDA has delayed fixing this problem for three years and only recently it passed an ordinance empowering the RBI to deal with these business groups who fund elections of both Congress and BJP. The messy and corrupt political economy of the large bank defaults by corporates is still to unfold before our eyes. In its three years, all the NDA has done is to postpone dealing with this problem by simply blaming it all on the UPA. During this period the size of the problem loans has nearly doubled.

Since private investment has not been forthcoming, the slogan of ‘Make-in-India’ too remains unrealised. The NDA would find it difficult to name just a few billion dollar plus greenfield projects that have come in the stream. The claim of $45 billion plus foreign investment in 2016-17 is substantially in the form of acquisitions and takeovers of existing ventures by foreign companies. For instance, in 2016-17, the biggest chunk of FDI is in the form of the $13 billion acquisition of the Essar refinery by a Russian oil company. There are similar acquisitions in the new economy space.

Another claim by the NDA was to clean up the black economy. After several stringent measures such as passing a law to bring back illegal money from abroad and coming out with multiple income declaration schemes in 2016-17, aided by demonetisation, the government doesn’t seem to have collected much by way of taxes on undeclared incomes. The outcome of these measures must be weighed against the serious damage done to India’s informal sector by demonetisation. The NDA is still in denial about the loss of output and employment caused in the informal sector. Meanwhile, one still finds it difficult to sell property and receive 100% cheque payment anywhere in India.

For the first time since independence, a tax was named after the prime minister (Pradhan Mantri Garib Kalyan Cess), under which people who had deposited their 500/1000 notes in the banks could declare black income and then pay up 50% of that as tax. At the end of the exercise, the government has collected less than Rs 2,500 crore until March 31, 2017.

The Goods and Services Tax (GST) is another disruptive reform whose benefits will flow depending on the way it is implemented. Coming as it does just when the negative effects of demonetisation are yet to fully recede, one will have to see what impact it has on small businesses and traders. The government is worried that GST could cause inflation if businesses don’t pass on the benefits of lower tax to the consumers. After all, a lower inflation rate of 3-4% has been one achievement which the government would not want to fritter away.

Overall, in his three years, Prime Minister Narendra Modi had been hugely disruptive in his approach to the political economy. He has deliberately chosen to be so in the name of pushing for “transformative change”. But the prime minister has stopped short of real transformation when it comes to making political party funding totally transparent. Party ideologues like Ram Madhav argue that the people of India are participating in Modi’s transformative ideas (demonetisation) even if they have to make sacrifices for it. Sympathetic columnist and Rajya Sabha MP Swapan Dasgupta has said that Modi’s complex ideas seeking fundamental change are still a “work in progress”.

One doesn’t know how these disruptive forces, social and economic, will play out in the future. The very people who are willing to make sacrifices by reposing faith in Modi could start asking questions at a later stage. After all, some of the most popular leaders in history have had to face such questions from time to time. Modi should be no exception.