Piece by Piece, the Political Privatisation of Air India is Underway

The incremental approach towards the divestment is obviously aimed at ensuring that non-controlling partial ownership doesn't fall into 'undesirable' hands. 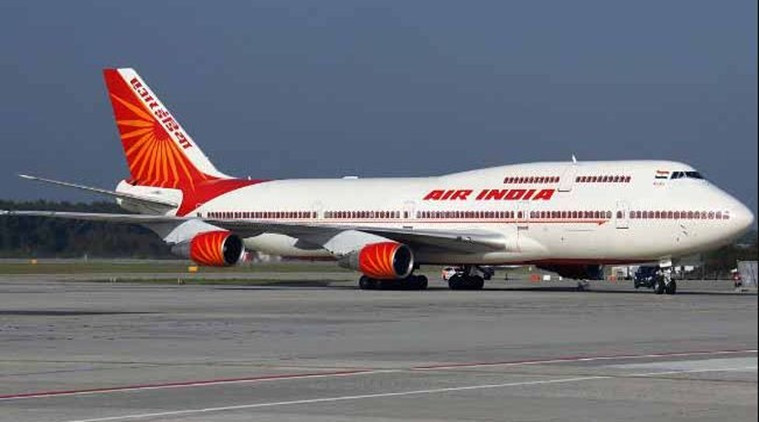 The government has taken one more small step in coming to grips with one of the most difficult parts of giving a decent burial to the Indian public sector – privatising Air India. It has allowed foreign airlines to own up to 49% of the national carrier. A year ago, it had announced its decision to strategically divest its stake in the carrier.

This puts Air India at par with other Indian carriers in which foreign airlines already have the liberty to own up to 49%. But the government has not gone the whole hog. Indians will still need to hold effective control over the company. Furthermore, the investment will have to come in via the approval and not automatic route.

Why an entity or a group with 49% stake in the company will be happy not to exercise control is not clear. The likely answer is that any investment coming in now will be with an eye on being ahead of other aspiring stakeholders while waiting for further relaxation of norms.

The ‘one step at a time’ approach by the government is obviously aimed at ensuring that even non-controlling partial ownership does not fall into “undesirable” hands which can have an adverse political fallout for the government. This is particularly so because the parliamentary standing committee for the ministry concerned has come out against privatisation and recommended a five-year wait during which time an effort can be made to turn the company around.

The incremental approach to eventual strategic disinvestment is also aimed at giving enough time to all the stakeholders to prepare themselves for privatisation, thus removing any chance of strong adverse reaction to any unexpected development.

Further, an incremental approach enables better price discovery. The status of assets (how effectively unencumbered they are) gets clarified as a promoter (in this case the government) takes steps to clean them up and dress them up as attractively as possible.

Aviation industry experts value Air India at around $10 billion (excluding land), which means that disinvesting halfway will fetch the government $5 billion (upwards of Rs 30,000 crore – no mean sum). The point is that, land, including prime assets like the Air India tower at Nariman Point, should also be sold. This is because the government is not good at speculating on land, that is holding on to it while waiting for property prices to peak.

Currently, the real estate market is down but at some point in the incremental journey towards privatisation, prices will pick up. The actual valuation realised will depend on how transparently and efficiently the auction process is conducted. Properly done, $10 billion is a kind of a floor price. Eventual sale is preferable as the government is intrinsically not good at extracting the best value out of land, particularly in commercial areas, on an ongoing basis.

It is of course given that the government will seek to maximise valuation but the worry is that in the current state of the fiscal, which is under pressure, and with elections around the corner putting a premium on distributing popular largesse, there is a risk of the government selling out quickly and a bit cheaply.

One reason why the government can look forward to securing a good valuation for Air India is the advantage it has as an incumbent government owned carrier in terms of routes (through bilaterals) and airport slots that it has historically come to possess.

All this brings up to the broader issue of privatisation – what has been the gain from persisting with state ownership and which are the stakeholders who have an interest in the status quo.

It made sense for the government to set up steel mills and fertilizer plants in the decades immediately following independence as private capital was not forthcoming. There was also much logic in consolidation and nationalization which enabled the country to eventually have two carriers — for domestic (Indian Airlines) and foreign (Air India) travel. You could even put a strategic spin on it by arguing that decent air connectivity for senior officials, politicians and business executives is imperative for governance.

But economic liberalisation in India, as also the deregulation of air travel across the world, changes the context. The final significant development was individual private airlines taking off and acquiring viability in India.

Over time it made less and less sense for Air India to remain in government hands as it kept making losses. This has caused it to pile up massive accumulated loss upwards of Rs 50,000 crore and a debt burden of similar magnitude. The debt is bleeding Air India as interest payments take away a fifth of its revenue.

If Air India could have been turned around under government ownership then it would have been done by now. In 2012, the UPA government infused equity of Rs 6,750 crore and worked out a decade long turnaround plan. Virtually every trick conceivable has been tried, including a botched-up merger of Indian Airlines and Air India.

One reason why Air India has not yet been privatised is because of opposition from its unions which are politically well connected. This is often cited but what is not is the reality of the existence of a key beneficiary of state ownership – senior government officials and politicians who have enjoyed freebies and upgrades.

Government resources are better spent on areas like public healthcare rather than footing Air India’s losses and at times even giving it cash to allow it to simply keep running.