Issues surrounding licence tenure and the financial impact of reducing interest rates on annual instalments may prove to be a stumbling block. 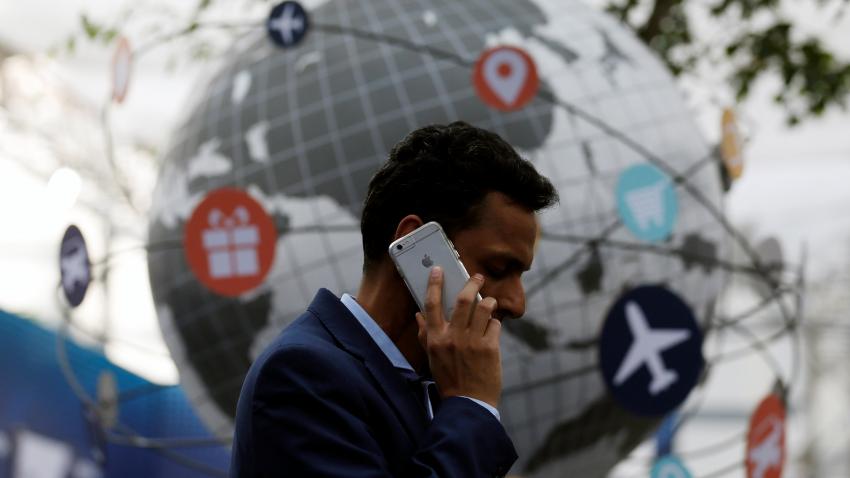 The spirit of the proposed policy change, which looks to provide relief on the AGR front, may conflict with what the letter of the law may dictate and remains a niggling issue. Photo: Reuters

New Delhi: The government’s relief package for defaulting telecom operators, who have not paid the full adjusted gross revenue (AGR) dues demanded by the Department of Telecommunications (DoT), may not find smooth sailing in the Supreme Court, which will examine the bailout within the strict contours of the law.

The relief package, which was proposed by the DoT and sources say has been approved by the Cabinet, involves foregoing Rs 90,000 crore in revenue by reducing interest due on annual payments to 8% from up to 16.75% (SBI PLR plus 2%) as specified in licence conditions.

The Cabinet has also approved that operators will have to pay AGR dues over a 20-year period, even though the existing licences will start expiring from next year. Other proposed relief includes the government giving a sovereign guarantee to public sector banks for loans that will help defaulting operators pay government dues.

The package, however, is subject to the Supreme Court’s approval. Sources say that the government has good intentions in terms of helping the telecom sector get out of a precarious situation. However, the DoT may have suppressed information from the Cabinet that could result in an embarrassment to the government, say sources.

In October 2019, a Supreme Court bench headed by Justice Arun Mishra upheld the sanctity of the licence agreement and ordered telecom operators to pay the AGR demand raised by the DoT within three months.

This sparked tremors throughout the sector, with individual companies like Vodafone-Idea threatening to shut down if the government did not provide relief. Now, it appears that the DoT is trying to mitigate the blow of the apex court verdict by finding ways around immediate payment. Sources say that DoT also didn’t present full facts before the Cabinet regarding licence tenure and the financial impact of reducing interest rate on annual instalments.

The relief package proposes that telecom operators will have to pay their AGR dues over the next 20 years.

However, what the proposal forgets to mention is that all licences currently held by major operators will expire in the next 20 years. In fact, the licences will start expiring from next year. The operators have been allotted one licence for each service area in which they are providing services.

Sources say it will be a big challenge for the DoT to convince the Supreme Court that it will be able to recover AGR dues from operators if their licences are no longer valid. What complicates the issue further is that the dues are not securitised.

For example, if a payment is due is for the period FY 2014-15 when the PLR was 14.75%, the operators will have to pay an interest of 16.75% till the dues of FY 2014-15 are cleared. This is clearly specified in the licence condition and DoT has been charging interest accordingly from all the operators till date.

The relevant license condition (20.7) is reproduced below

“Any delay in payment of License Fee, or any other dues payable under the License beyond the stipulated period will attract interest at a rate which will be 2% above the Prime Lending Rate (PLR) of State Bank of India existing as on the beginning of the Financial Year (namely 1st April) in respect of the license fees pertaining to the said Financial Year. The interest shall be compounded monthly and a part of the month shall be reckoned as a full month for the purposes of calculation of interest. A month shall be reckoned as an English calendar month.”

The above  license condition was amended by DoT vide its order No. 20-271/2010-AS-I Vol.II dated October 24, 2018 changing interest rate to 4% above the one year marginal cost of lending rate (MCLR) of the State Bank of India. It was made applicable in respect of the license fees or any other dues pertaining to the said financial year.

A simple calculation shows that this will have an impact of over Rs 90,000 crore to the exchequer. The approved proposal does not specify any minimum upfront payment of the pending dues.

Moreover, the government will give sovereign guarantees to the banks for repayment of loans taken by these defaulting private telcos. This may have political implications in case an operator defaults in payment of AGR dues.

What is interesting is that in a reply on March 12, the communications ministry informed parliament that no relief is under consideration. Then on March 13, the cabinet approved the relief package subject to the Supreme Court approval.

The Narendra Modi government has been promoting transparency in governance, ease of doing business and self- compliance of rules.

India’s rank in ease of doing business has gone up to 63 from 77 in 2019, according to the World Bank. If all the facts were correctly brought before the Cabinet, the decision might have been different. It will be interesting to see what view the Supreme Court will take.