"We have been in discussions over the last two years and we should come to an agreement within 12 months. Without this, we will have to look at closures of sites," Tata Group chairman Natarajan Chandrasekaran said. 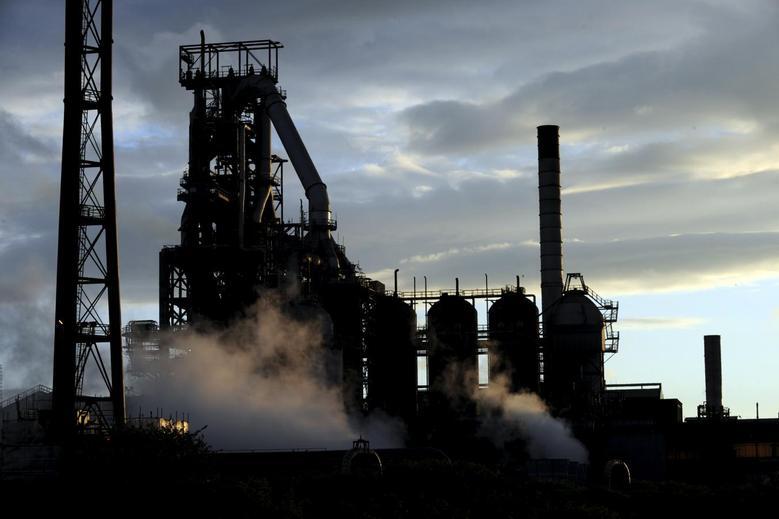 One of the blast furnaces of the Tata Steel plant is seen at sunset in Port Talbot, South Wales in this May 31, 2013 file photo. Photo: Reuters/Rebecca Naden/Files

Mumbai: Tata Steel is staring at the prospect of shutting down its UK operations unless the British government steps in with a subsidy of about  £1.5 billion (Rs 14,400 crore) in the course of the next 12 months. The aid will help the company cut down on its carbon emissions.

A report by the Financial Times (FT) states that Tata Steel, as part of its decarbonisation bid, will close two blast furnaces at Port Talbot and build two electric arc furnaces, which will be less carbon-intensive. However, the report adds that this will cost the company about £3 billion, and that the company is hoping to receive half of that amount from the UK government in the form of a subsidy.

The company employs 4,000 people at its steel manufacturing site at Port Talbot.

Speaking to the FT, Tata Group chairman Natarajan Chandrasekaran said, “A transition to a greener steel plant is the intention that we have . . . But this is only possible with financial help from the government”.

“We have been in discussions over the last two years and we should come to an agreement within 12 months. Without this, we will have to look at closures of sites.”

Tata’s former head of strategy, Nirmalya Kumar, told BBC Wales that the Port Talbot plant hasn’t been profitable for the last 15 years and that when he left Tata in 2016, the company was clocking in losses of £1 million a day.

“It’s not a problem that has happened in the last year, it has been a problem for the last 15 years,” Kumar told BBC Wales.

The UK has set a lofty target for itself to achieve net zero greenhouse emissions by 2050, which has led to a situation, where the steel industry is facing the fetters of environmental norms. About 80% of the steel manufactured in the UK is sourced from the Port Talbot plant in Wales and another British Steel plant at Scunthorpe.

Aberavon MP Stephen Kinnock told BBC Wales that the steel plant at Port Talbot made the best steel money could buy and that “we have to do whatever it takes” to keep steel-making in the town.

He added: “If we don’t have a partnership, an industrial partnership on strategy between government and industry, you are not going to be able to make any of the changes, not just in the steel industry but across the board.

“There isn’t a single country in the world where the government isn’t partnering with industry to make this stuff happen, so I think the steel workers in my constituency are going to be waking up this morning with yet another worrying story,” he said.