Should India Worry About a Dramatic Price Rise of Old Drugs? 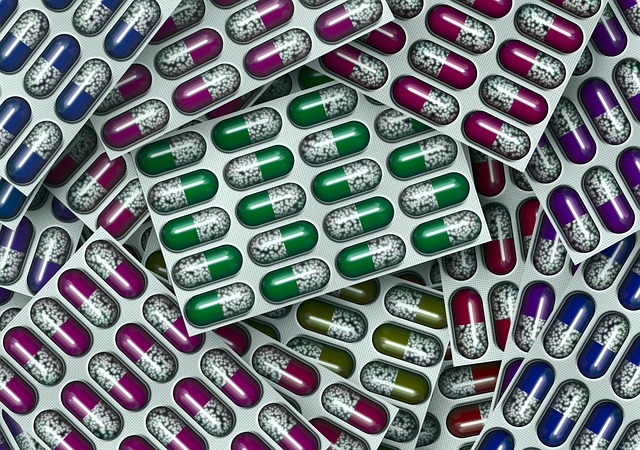 Medicines, including off patent ones, are becoming expensive

Last week, America found itself a new super-villain in hedge fund manager Martin Shkreli, after the New York Times published a story on how he had hiked the price of Diaprim, a drug, from $13.50 to $750, virtually overnight. Diaprim, which is the brand name for Pyrimethamine, is prescribed for the treatment of malaria and toxoplasmosis. The latter is a disease that is known to frequently affect patients whose immune systems have already been compromised by AIDS.

Invented by a Nobel Prize winner working for Burroughs Welcome, the rights to the drug were recently acquired by Turing Pharmaceuticals which was founded by Shkreli, a 32-year-old hedge fund manager with a controversial past that has been documented by the NYT in this detailed article. The backlash against the price rise by almost everybody who is somebody, including Presidential hopefuls Hillary Clinton and Donald Trump, has forced Shkreli to backpedal on the price rise.

While high prices for newly invented drugs, which are still covered by patents is quite common, it is quite rare to find cases where pharmaceutical companies hike the price for old drugs. The simple reason for this is because old drugs not protected by patents can be manufactured by multiple competitors. This ensures competition and low prices. The only way to profiteer from a drug not under patent is if there is only one manufacturer in the market thus creating a de facto monopoly.

Notwithstanding, this rather simple arithmetic logic, the US had been witnessing shocking increases in the prices of off-patent generic drugs. In April this year, the Wall Street Journal reported on how Valeant Pharmaceuticals International Inc. bought the rights to two life-saving drugs and increased their prices by 525% and 212% respectively. The spokesperson for the company had justified the price increase as being in the interests of the company’s shareholders. Others, try to justify such price increases by claiming that profits would be ploughed back into research or expansion of manufacturing facilities.

The problem has reached such proportions in the US that American Senators, Bernie Sanders and Elijah Cummings have started asking questions about such price rises and the Department of Health and Human Services’ Office of Inspector General (OIG) has begun an investigation into the effect of such hikes on the Medicare rebate program. The last time the American pharmaceutical industry was put under an intense scrutiny for pricing was in the late ‘50s when Senator Kefauver carried out an intense and highly publicized investigation into its practices. At the time Kefauver was heading the Antitrust and Monopoly Sub-Committee and he had concentrated on exposing monopolies in the American economy. While little changed due to Kefauver’s investigation, the highly publicized hearings caused decades of bad press for the pharmaceutical industry.

The mind boggling increases in the price of generic drugs in the US begs the question of why other generics aren’t entering the market to increase competition? For reasons that are not entirely clear, the American pharmaceutical industry appears to have several monopolies, or at the very least oligopolies, for old drugs not covered by patents. Apart from unnatural price rises as seen in the case of Diaprim, a monopolistic market for even old drugs can have a dangerous impact on public health in case of manufacturing problems within the few companies supplying the drug to the market.

For example in 2011, President Obama had to issue executive orders authorizing the US FDA to take extraordinary steps to counter the shortage of two drugs: methotrexate, a drug used to treat leukemia and Doxil, a drug used to treat cancer. The first drug was from the 1950s and not protected under any intellectual property laws, while the second was a more recent drug which, although not covered under any active patents, was still protected by marketing exclusivity. The supply of methotrexate in the US had dwindled in 2011 because one of the major manufacturers, Bell Venue Laboratories had voluntarily suspended operations because of manufacturing issues at its plant. The four remaining manufacturers in the US could not cope with the demand and the US FDA had to fast track approvals for new firms to enter the market. In the case of Doxil, the USFDA took the extraordinary step of allowing the temporary import of unapproved replacement drugs manufactured by Sun Pharma, an Indian company. The US apparently faced over 195 drug shortages in that year.

Moving to the more important question of the impact of such price rises on the Indian market. Prima facie, India is unlikely to face such meteoric price increases. The country has a huge pharmaceutical industry with a lot of competition and this usually keeps prices down. As recently reported in the International Business Times, Lupin sells Pyrimethamine in India for Rs. 6.67 and as the paper put it, it would be cheaper for an American patient to fly to India and buy the medicine than pay the price demanded by Turing Pharmaceuticals. More importantly, the drug also happens to be covered by the Drug Price Control Order (DPCO), 2013 that is notified under the Essential Commodities Act, 1955. It is therefore impossible for a private company in India to jack up the price of pyrimethamine in India. Does this mean that all is well for India? Possibly not, because unlike the US where insurance companies would have fielded the extra cost and perhaps even pushed back against the price rise, the average Indian patient usually lacks health insurance and the Indian insurance companies aren’t yet strong enough to take on the pharmaceutical industry. In the case of steeply priced patented medicine, which is not covered under the DPCO, an Indian patient can easily go bankrupt paying for treatment costs.

However, it should be mentioned that several foreign pharmaceutical companies who have previously burnt their fingers on the pricing issue, have introduced differential pricing for the Indian market for their patented medicine. This means that an Indian patient pays less than a patient in the West. As a result Gilead licences its breakthrough Hepatitis drug Sovaldi in India for a fraction of the drug’s price in the US. Similarly GSK and Roche have reduced the price of their cancer drugs, Tykerb and Herceptin, although by a much smaller margin than Gilead’s Sovaldi. Merck, which is one of the pioneers of differential pricing in the Indian market, prices its diabetes medication, Januvia, at a lower price than in the US and the strategy appears to have paid off.

The rising gap between the Indian prices and American prices of the very same drugs however raises a moral dilemma similar to the current Turing Pharmaceuticals controversy. How much profit is too much profit? Reports last year that Sovaldi, for example is sold in India at approximately $ 900 per 12 week treatment by Gilead, while it sold the same drug in the US at $84,000. The vast gap between the prices in both countries raises the fundamental question of the economics, logic and ethics of pharmaceutical pricing. Most people presume that pharmaceutical companies price their medicine according to the cost of manufacture and/or research and development costs. However differential pricing shows that a pharmaceutical company is more likely to price drugs in the same way that a soft drinks company is likely to price its soft drink i.e. the price that a consumer is likely to pay to enjoy the product. In the case of a life-saving pharmaceutical medicine, the price could theoretically be infinite because a life is invaluable. This logic led to the great pricing debacle in Africa during the height of the AIDS crisis. Thirty nine international pharma companies fought with the South African government over their patents and the concurrent right to price their life-saving AIDS drugs at an astronomical price. That dispute led to an unparalleled global public outburst against the big pharmaceutical companies. Enter Yusuf Hameid, the maverick CEO of Cipla who offered to play the saviour by selling the same drugs at a fraction of the $10,000 being demanded by his competitors. He won the tenders and the public relations battle hands down and his company made profits of Rs. 2351.20 crores in 2001-02. Hameid remains a hero in the public narrative, while the big pharmaceutical companies are still licking their wounds.

That lesson taught most of the big pharmaceutical industry that conventional economic logic has to often give way to human emotion and public relations. Medicine is always an emotional issue, more so when it is life-saving. Shkreli, like several other pharma CEOs, learnt that lesson the hard way last week by earning the title of the most hated man in America at the tender age of 32.