Factors ranging from faster rate hikes in the US to an ongoing Sino-US trade war that threatens to hurt world growth have continued to make investors jittery. 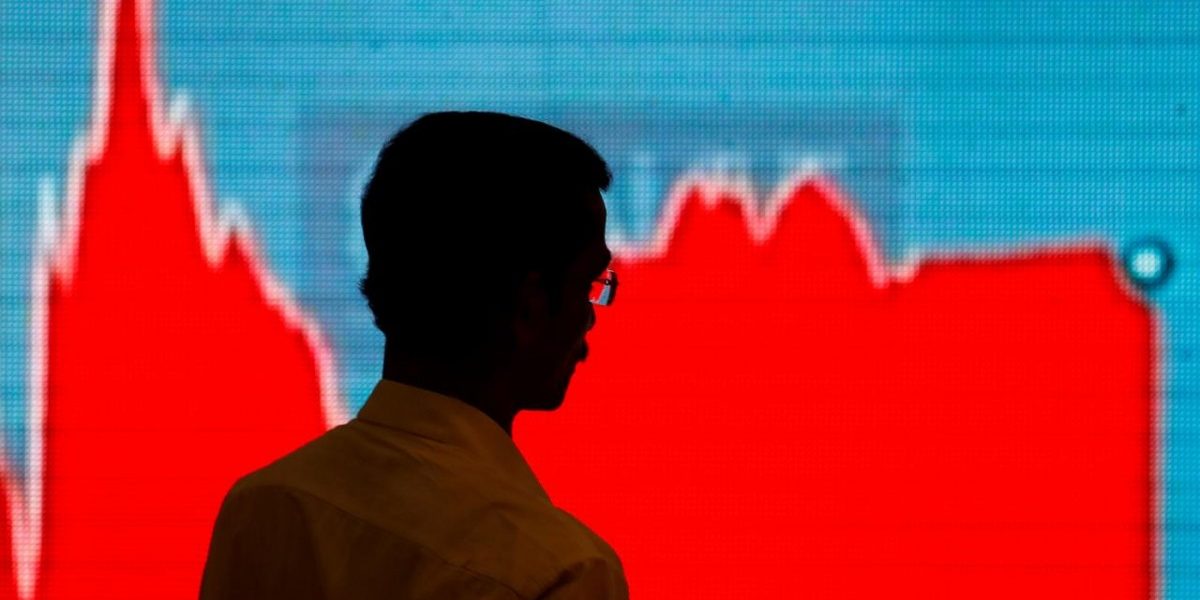 New Delhi: Indian shares fell nearly 1.5% to a seven-month low on Thursday, joining a sell-off in global equities amid concerns about a slowdown in the world economy.

Asian shares plunged after tech stocks caused the largest daily decline on Wall Street since 2011 in the previous session, wiping out all its gains for the year.

Factors ranging from faster rate hikes in the US to an ongoing Sino-US trade war that threatens to hurt world growth have continued to make investors jittery.

“The overnight drop in markets led to our futures being lower by 100 points, and that’s driving the fall today,” said Sunil Sharma, chief investment officer with Sanctum Wealth Management.

“The fall in the US market is likely a result of fears around slowing economic activity in the United States.”

Investors were also cautious ahead of the expiry of derivatives contracts.

The broader Nifty and the benchmark Sensex fell 1.4% each, with losses seen across the board, and heading for a fifth session of decline in six.

Conglomerate Reliance Industries Ltd was the biggest drag on both indexes. It declined as much as 2.5% to its lowest since July 11 and was headed for a sixth straight session of falls.

Mobile carrier Bharti Airtel Ltd dropped 5.5% in its biggest intraday percentage fall in nearly three weeks, ahead of its September-quarter results later in the day.

A series of defaults at a major NBFC sparked concerns of a liquidity crunch in the sector, and have soured trading sentiment.

Shares of InterGlobe Aviation Ltd, owner of the country’s largest domestic carrier by market share – IndiGo, fell as much as 3.7%, a day after the company posted its first ever quarterly loss since its market debut in 2015.