Sahara, once the sponsor of India's national cricket team, has been embroiled in a battle with SEBI over repaying billions of dollars to investors who put their money in a bond scheme that was later ruled to be illegal. 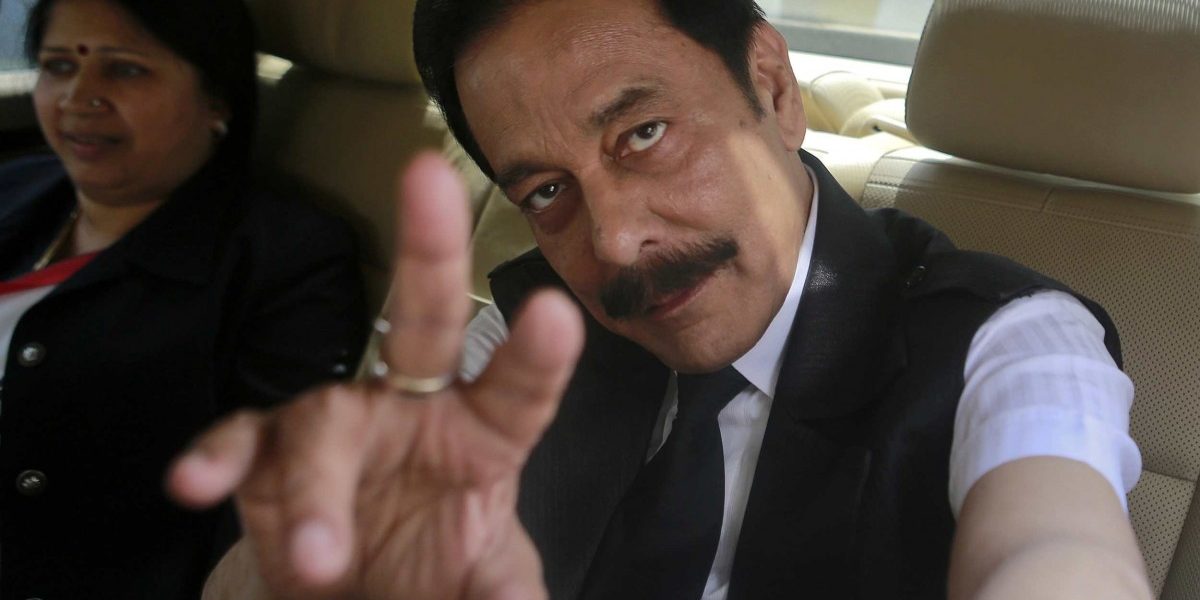 Sahara Group Chairman Subrata Roy gestures as he arrives at the Securities and Exchange Board of India (SEBI) headquarters in Mumbai April 10, 2013. Photo: Reuters/Danish Siddiqui/File Photo

Mumbai: India’s market regulator has filed a petition with the Supreme Court asking it to direct embattled Sahara conglomerate chief Subrata Roy and two of his companies to deposit Rs 626 billion ($8.4 billion) that it said was due to its investors.

The Securities and Exchange Board of India (SEBI) told the Supreme Court that Sahara had failed to comply with 2012 and 2015 court orders to deposit the entire amount it collected from investors along with 15% annual interest, according to a copy of the petition filed on Wednesday and seen by Reuters.

Sahara, once the sponsor of India’s national cricket team, has been embroiled in a battle with SEBI over repaying billions of dollars to investors who put their money in a bond scheme that was later ruled to be illegal.

Roy was arrested in March 2014 for failing to attend a contempt of court hearing and has been on bail since 2016. He has denied any wrongdoing.

SEBI said that Sahara’s non-compliance over eight years had caused the regulator “great inconvenience” and that those guilty of contempt should be taken into custody if they failed to deposit the amount.

“Saharas have made no efforts whatsoever to comply with the orders and directions,” SEBI told the court. “On the other hand contemnors’ liability is increasing daily and contemnors are enjoying their release from custody,” it said.

The regulator said that only a part of the principal amount had been deposited by Sahara and the balance with interest had ballooned to more than 626 billion rupees.

A Sahara spokesman, responding to a query from Reuters, disputed the amount saying the company had already deposited about 220 billion rupees with the regulator, which it said was “mischievously” adding interest on the entire amount to arrive at the sum demanded.

In its defence, Sahara has previously told the court that it had refunded in cash most of the money it collected from investors and submitted relevant documents with the regulator, which was not verifying them.

SEBI had invited claimants through advertisements in about 150 newspapers but refunded just over 1 billion rupees to investors, the Sahara spokesman said in an email, adding that SEBI said last year it would not entertain any more claims.

“How can there be claimants since Sahara has already paid back, long time back,” the spokesman said. “It is a typical case of double payment.”

Sahara and Roy have been in the spotlight recently after they got a district court to stall the release of Netflix’s series Bad Boy Billionaires featuring Roy, among others, claiming it would damage his reputation.

Netflix later released the show after the court lifted its injunction.