As the allegedly fraudulent transactions came to light, UltraTech Cement said bidding for Binani Cement should be called off. 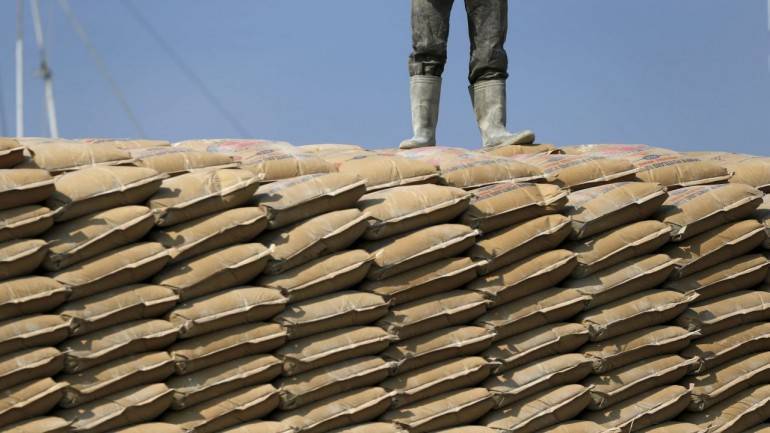 UltraTech has negotiated a share purchase agreement with the promoters of Binani Cement subject to termination of insolvency proceedings. Representative image. Credit: PTI

Kolkata: The resolution professional for Binani Cement has filed an application in the National Company Law Tribunal (NCLT), alleging fraudulent transactions involving the promoters of the company.

According to the application filed by resolution professional Vijaykumar Iyer, external forensic consultant Haribhakti & Co was appointed in November for reviewing some transactions by Binani Cement.

Iyer has alleged that the promoters of Binani Cement diverted funds through capital advances, inter-corporate deposits, loans and other means to related parties at preferential prices, which, in turn, affected the company’s working capital position.

The report of the consultant, dated March 12, has identified certain transactions as suspect, especially during the review period of July 1, 2015, to November 30, 2017, in respect of which further investigation will be required.“The forensic consultant has observed that the corporate debtor has made sales to certain potentially related and/or connected customers and entities, with nil or marginal parallel collections,” according to the application.

Lawyers representing Binani Cement said the resolution professional or his counsel had not served them a copy of the application in question and hence they could not comment on the issue.

As the transactions came to light, UltraTech Cement said bidding for Binani Cement should be called off.

Iyer also alleged that since the inception of the insolvency resolution process for Binani Cement, he was not provided access to all information and documents required, and he had filed an application with the NCLT on December 21 about this.

UltraTech has negotiated a share purchase agreement with the promoters of Binani Cement subject to termination of insolvency proceedings.

According to sources close to the consortium of lenders, the Rs 72.66-billion proposal mooted by UltraTech Cement to acquire 98.43% stake in Binani Cement may be preferred by lenders as their interest earning from this deal could exceed the one they had approved during IBC proceedings.

If the lenders move the Supreme Court citing a better deal than the one agreed upon in the NCLT, Bank of Baroda, which dragged Binani Cement to the tribunal, would have to withdraw the case first, sources added.

After conclusion of the bidding process, a Dalmia Bharat Cement-led consortium was selected by the Committee of Creditors as the highest bidder. It had signed an agreement with the committee to take over Binani Cement.

Based on the allegations made by Iyer, a source close to Dalmia Bharat Cement alleged that Binani Cement was pushing for a deal outside the purview of the Insolvency and Bankruptcy Code so that it did not surface during the NCLT proceedings.

“The resolution professional had provided incomplete information to the bidders and thus the entire bidding process and the results should be called off,” said Atul Daga, chief financial officer of UltraTech Cement.

He claimed while UltraTech Cement was placing the bid, the resolution professional did not inform the company that a forensic consultant had been appointed to look into such allegations.

On the other hand, sources close to Dalmia Bharat Cement claimed that after the Committee of Creditors voted in favour of its resolution plan, a letter of intent was issued by the resolution professional for the takeover of Binani Cement.“According to the provisions in IBC and legally as well, they will have to honour the letter of intent”, the source said.

Dalmia Bharat Cement also provided a performance bank guarantee equal to 10 per cent of the upfront payment to be made to financial creditors as a term for acceptance of its letter of intent.However, according to a source close to Binani Cement, unless the resolution professional’s counsel informs them about the application, in cannot be taken up in the NCLT even if it has been submitted.

The Kolkata bench will on March 22 hear all cases submitted by the resolution professional, Binani Cement, UltraTech Cement, operational creditors and others.