Even as schemes have received minimal allocations, this budget signals an important shift in the political narrative. Gone is the focus on jobs, skills, aspirations and empowerment. 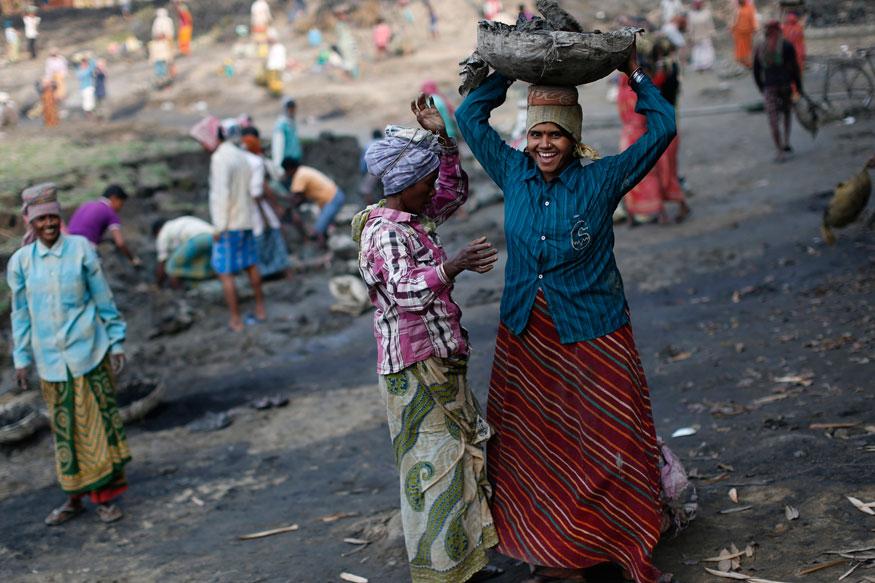 Arun Jaitley had a difficult choice to make this budget. Maintain fiscal prudence or respond to growing demands for public expenditure in light of growing rural distress and at the same time keeping an eye on 2019. He did this today with great panache. The budget speech made all the right noises for rural India. Farmers were centre-stage as was the promise of improving rural infrastructure. But he managed to avoid the charge of fiscal profligacy by holding back on budget allocations.

The budget for the Ministry of Rural Development got a mere 4% increase in allocation. Importantly, all key infrastructure programmes – Swacch Bharat, PMGSY (the rural roads programme) and the PMAY, the rural housing programme – saw no real change in allocation. In fact, allocations for Swacch Bharat Gramin and PMAY have fallen by 9% compared to revised estimates of the previous year.

Importantly, the finance minister was silent on MGNREGA. For the last three years, the finance minister has specifically mentioned the MGNREGA – going so far as spuriously claiming that the government had made the highest ever allocations to the scheme last year – didn’t find place in the 2018 budget and importantly the scheme received no changes in allocation. MGNREGA has received an allocation of Rs 55,000 crores this year, which is the same as last year’s revised estimates, despite a backlog of pending payments.

Even the budget show-stopper – the National Health Protection Scheme – has only got an allocation of Rs. 2000 crore. If the programme is indeed to cover 10 crore families, this seems a rather inadequate allocation. Interestingly, allocations for reproductive and child health (part of the National Health Mission) dropped by 30%.

Even as schemes have received minimal allocations, and any hope of much needed reforms to improve the quality public services is now lost, this budget does signal an important shift in the political narrative, when it comes to social policy. As this column has argued before, in 2014, when the National  Democratic Alliance (NDA) came to power, the government set about the task of distinguishing (and distancing) itself from the United Progressive Alliance’s (UPA) rights-based welfare approach by positioning its approach to social policy and “vikas” more broadly as “empowerment” in opposition to the UPA’s “entitlement” approach. But this budget has firmly shifted the narrative. Gone is the focus on jobs, skills, aspirations and empowerment.

The rural economy is to be revived through greater government welfare interventions. In other words, even in rhetoric (if not in allocations), the emphasis is on government schemes aimed at improving rural infrastructure particularly sanitation, housing, roads, ujjwala (this is the one program that saw a significant bump in allocations – 30% up from last years budget) and the showstopper of this budget: health insurance are the key focus. Achievements against these schemes are likely to frame the political message that the NDA is going to take to the people in 2019. Important here is a clear admission that the primary political promise of this government – better jobs for an aspirational India – has failed.

In the meanwhile, many crucial reforms in social sector financing, particularly the promise to reform Centrally Sponsored Schemes (CSS) the key financing instrument of the central government for social policy have made little progress. In keeping with the political promise of co-operative federalism, early in its tenure, this government had committed to moving away from the one size fit all model that characterized CSS to give states greater flexibility and ensure that they could design schemes in line with their own needs and priorities. The Niti Ayog set up a chief minister’s sub-committee which made important recommendations. However, these have not been implemented and it is noteworthy that the FM (for perhaps the first time since his first budget in 2014) made no mention of “co-operative federalism” in his speech.

No assessment of this budget will be complete without discussion on the one big idea – the National Health Protection Scheme – India’s very own, ambitious “Obamacare”! To be sure the focus on health policy in this budget is a welcome change. Over the last three years, this government’s approach to health policy has been floundering. However, as argued in this column, we fear that this current approach runs the risk of creating the world’s largest, unregulated public private partnership with limited impact on health outcomes.

This is because key preconditions for an effective health insurance – a strong primary health system that can prevent minor illnesses from reaching hospitals and to ensure efficient referral for those who genuinely need hospital care and an effective regulatory system are not in place.

The push for an insurance based public private partnership is premised on the assumption that a state that has failed to get basic provision right can perform the far more complex task of regulation. To assume that a low capability state like ours can perform a task as complex as regulating private health care – which includes addressing pricing, quality control, especially when existing legislation is weak – is a recipe for disaster.

The first step to improving health care is reforms in primary care and in particular getting doctors to work. Health insurance programmes that are not embedded in a health systems reform effort are unlikely to achieve this.

So in the final analysis what can be said about budget 2018, from the perspective of social sectors – the right kind of rhetoric and good fiscal management but relatively little in terms of actual delivery. Will the new narrative on rural revival convince voters? Only time will tell.