Exclusive: A Tobacco Company-Funded Foundation Is Using a Contest to Target School Children

Officials from the foundation offered to help students from across the globe, including Delhi Public School R.K. Puram, with internships and career advice. 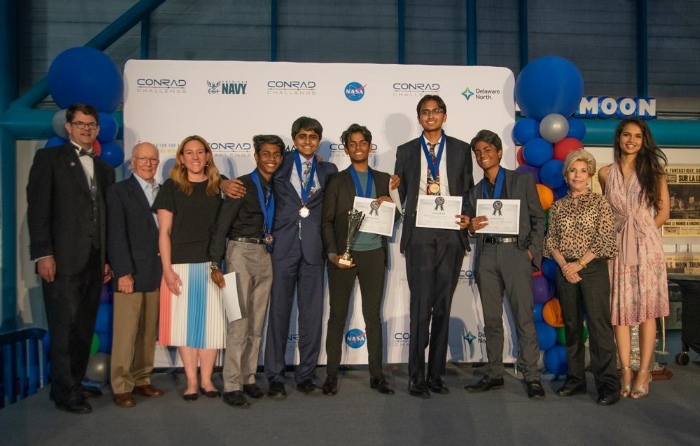 New Delhi: School students from around the world, including India, are being contacted and given awards by a foundation funded by Philip Morris International (PMI), a leading tobacco company and the maker of Marlboro cigarettes.

This month, India’s health ministry revised its guidelines for ‘Tobacco-free Educational Institutions’ to say that schools and students should not accept awards from tobacco manufacturers. The revision also says students should not be exposed to tobacco or tobacco substitute products like e-cigarettes. “Such notion of safety is false,” says a copy of these guidelines, which has been reviewed by The Wire.

Even before this, for years, Indian law has prohibited the exposure of children to cigarettes and tobacco products. The recently amended Juvenile Justice Act prescribes a punishment of seven years and fine of Rs 1 lakh for the sale of cigarettes to minors.

However, a number of teams from Delhi Public School (DPS) in R.K. Puram have participated in a competition sponsored by the PMI-funded foundation, called the ‘Foundation for a Smoke Free World’. One team from DPS also won an award in the category sponsored by this foundation.

One student who participated in the contest said that the foundation’s staff members were “really helpful”. “They gave us their business cards, told us we could contact them for internships, they gave us a lot of advice, it was really great.”

The Wire’s conversations with a number of students who participated in the contest show that the winning students from around the world travelled to the US this year, where they met with officials from the foundation. These officials have offered to mentor the children and have made themselves available as a resource to discuss future career options.

The school children are receiving these awards and having these interactions even while a number of top US universities, such as Harvard and Johns Hopkins, have declined funding from this foundation. PMI also recently retracted a marketing campaign it ran targeting young children and teenagers.

How to reach school children

The laws and policies around the world that block cigarette companies from interacting with young people have not entirely stopped PMI.

This obstacle is now avoided via the Foundation for a Smoke Free World, established by PMI in 2017 with a promise of a hefty $80 million per year for 12 years. The foundation says it is interested in funding research into a future which is “smoke free”, despite the fact that their sole funder, PMI, is one of the leading cigarette companies in the world.

Because of its tobacco funding, the World Health Organisation has denounced this foundation thrice, including this January. Other global bodies have done the same and at least 19 top universities in the US have refused funding from the foundation.

WHO will NOT partner with Philip Morris-funded Foundation for a Smoke-Free World @SmokeFreeFdn nor any other group funded by the tobacco industry.
Governments and the public health community should follow this lead https://t.co/i3lcUPkA8B #NoTobacco #EB144 pic.twitter.com/uw0H5y312K

While PMI makes cigarettes, it has also started making e-cigarette products like the iQOS, and has recently bought a large stake in the vaping company Juul. All this is part of their “smoke free” approach to tobacco control.

Given this pushback from various sides, the Foundation for a Smoke Free World can be a bridge or a backdoor to get around these troubles.

Also read: Why a Philip Morris Funded Foundation Is Repeatedly Denounced by WHO

Over the last two years, the PMI-funded foundation has been targeting school children. They are doing this by giving money to another foundation, the Conrad Foundation – named after Pete Conrad, a US astronaut and the third man to walk on the moon.

The Conrad Foundation runs the Conrad Challenge, a global science and innovation competition for school children. While the challenge encourages students to come up with ideas on a range of subjects such as aerospace, energy and cyber technology, this year, the challenge had a special category called the ‘Smoke Free World Challenge.’

It bears the name and branding of the Foundation for a Smoke Free World. “This special category gives you a seat at the table to help FSFW determine which alternatives are the most viable to addressing all three challenges,” says the competition’s website.

At first glance, the competition for school children doesn’t seem linked to tobacco companies. The awards appear to have come from the Conrad Foundation. However, the connection becomes clearer when one notes that this foundation is in turn funded by the Foundation for a Smoke Free World, which is itself wholly funded by PMI.

“We do not publicly discuss the financial details of sponsor funding for the Conrad Challenge,” said the Conrad Foundation in response to queries sent by The Wire on the funding they receive from PMI’s foundation. They did confirm that this segment of the contest was sponsored by the foundation. Students were offered waivers of $300 (approximately Rs 20,000) for registration as well as other incentives for participating in this category.

Thirty-eight qualifying teams of children, aged between 13 and 18, travelled to the Kennedy Space Centre in Florida. The students who The Wire spoke to said that they paid themselves or fund raised for flights and accommodation. Some of the schools negotiated with the Conrad Foundation to have the payments partially waived.

Once they reached the Kennedy Space Centre in Florida, students who participated in the contest say that the judges on the Smoke Free World Challenge panel were all largely from the foundation itself. They also had opportunities to meet and greet with these foundation officials. Many of them offered their business cards with mobile numbers to the students and also told them to stay in touch on future career opportunities such as internships.

While in Florida, one of the student participants says that the PMI-funded foundation held “interactive sessions with the judges” and talked “closely” with the students on how to improve their ideas.

DPS did well in the competition, bagging awards in the energy and cyber technology categories. One of their teams won an award in the Smoke Free World Challenge. A part of these awards is a scholarship to a US college. Another part involves an opportunity to go to Italy, the US or India to meet with a grantee of the foundation.

DPS has not replied to queries sent by The Wire.

Multiple students confirmed that the foundation did not disclose the nearly $1 billion they are receiving from PMI. During the chat, the foundation’s officials did talk about how they were created and what they are interested in, as well as issues facing India, Malawi and the US on tobacco, but omitted to mention their relationship to PMI. This disclosure is not made on the Conrad Challenge’s website either.

The school students from the winning team in the US may be visiting India around August to meet with officials from the Foundation for a Smoke Free world. Other winning teams are supposed to be travelling to Italy and the US to further be mentored on their ideas.