Reuters has found that Philip Morris International is running a secretive campaign to block or weaken WHO’s Framework Convention on Tobacco Control.

TOBACCO TITAN: A cigarette vending machine near the offices of Philip Morris International in Lausanne, Switzerland. The company, which sells Marlboro, is targeting the FCTC anti-smoking treaty on multiple levels. Credit: Reuters/Paritosh Bansal

A cigarette vending machine near the offices of Philip Morris International in Lausanne, Switzerland. The company, which sells Marlboro, is targeting the FCTC anti-smoking treaty on multiple levels. Credit: Reuters/Paritosh Bansal

New Delhi/Lausanne: A group of cigarette company executives stood in the lobby of a drab convention centre near New Delhi last November. They were waiting for credentials to enter the World Health Organization’s global tobacco treaty conference, one designed to curb smoking and combat the influence of the cigarette industry.

Treaty officials didn’t want them there. But still, among those lined up hoping to get in were executives from Japan Tobacco International and British American Tobacco Plc.

There was a big name missing from the group: Philip Morris International Inc. A Philip Morris representative later told Reuters its employees didn’t turn up  because the company knew it wasn’t welcome.

In fact, executives from the largest publicly traded tobacco firm had flown in from around the world to New Delhi for the anti-tobacco meeting. Unknown to treaty organisers, they were staying at a hotel an hour from the convention centre, working from an operations room there. Philip Morris International would soon be holding secret meetings with delegates from the government of Vietnam and other treaty members.

The object of these clandestine activities: the WHO’s Framework Convention on Tobacco Control, or FCTC, a treaty aimed at reducing smoking globally. Reuters has found that Philip Morris International is running a secretive campaign to block or weaken treaty provisions that save millions of lives by curbing tobacco use.

In an internal document, the company says it supported the enactment of the treaty. But Philip Morris has come to view it as a “regulatory runaway train” driven by “anti-tobacco extremists” – a description contained in the document, a 2014 PowerPoint presentation. 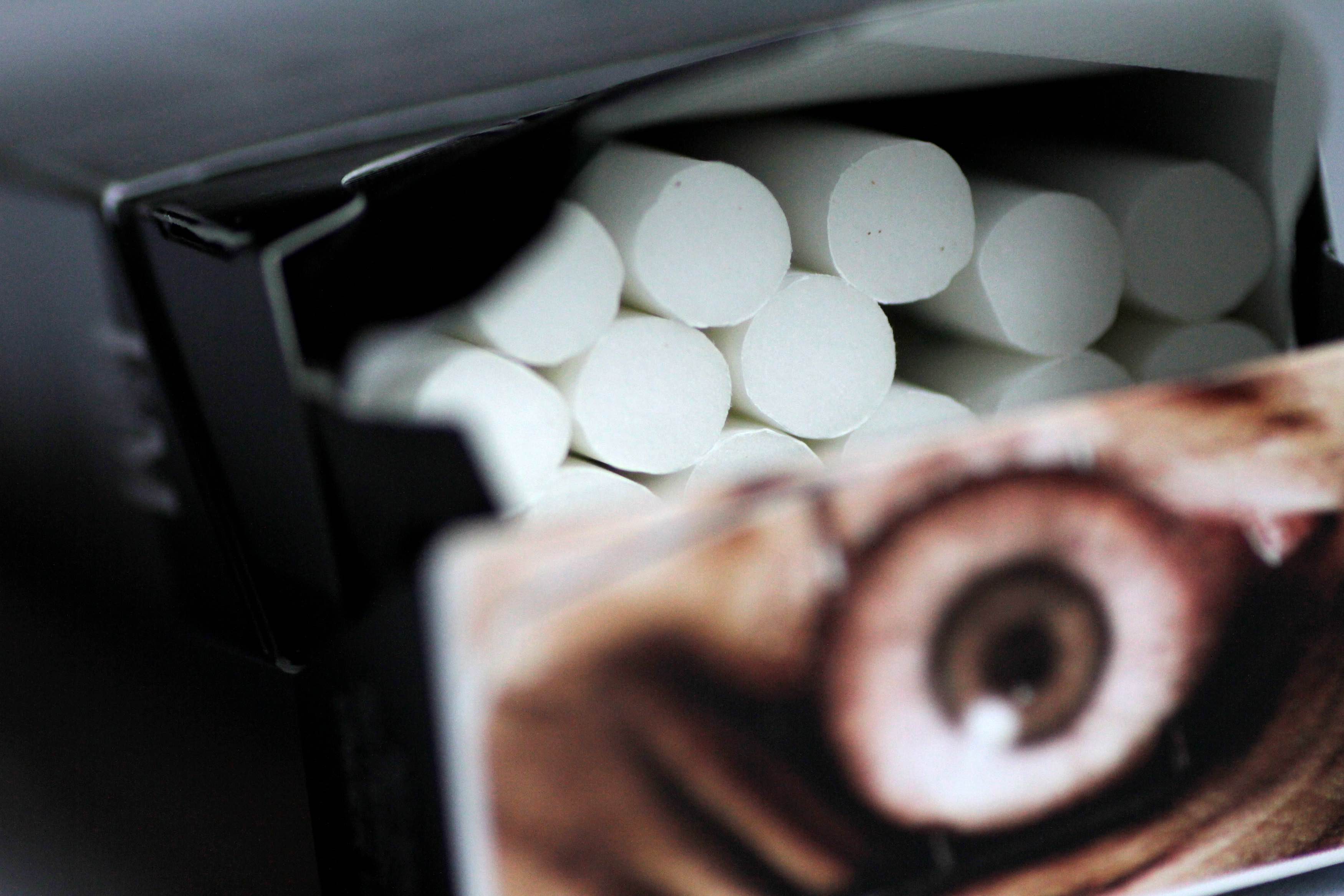 Cigarettes and a health warning label are seen in this May 24, 2017 illustration photo. Credit: Reuters/Thomas White/Illustration

Confidential company documents and interviews with current and former Philip Morris employees reveal an offensive that stretches from the Americas to Africa to Asia, from hardscrabble tobacco fields to the halls of political power, in what may be one of the broadest corporate lobbying efforts in existence.

Details of those plans are laid bare in a cache of Philip Morris documents reviewed by Reuters, one of the largest tobacco industry leaks ever. Reuters is publishing a selection of those papers in a searchable repository, The Philip Morris Files.

Dating from 2009 to 2016, the thousands of pages include emails between executives, PowerPoint presentations, planning papers, policy toolkits, national lobbying plans and market analyses. Taken as a whole, they present a company that has focused its vast global resources on bringing to heel the world’s tobacco control treaty.

Philip Morris works to subvert the treaty on multiple levels. It targets the FCTC conferences where delegates gather to decide on anti-smoking guidelines. It also lobbies at the country level, where the makeup of FCTC delegations is determined and treaty decisions are turned into legislation.